Lockdown Gift: How Adopting A Pup Has Filled These Families With Joy And Gratefulness 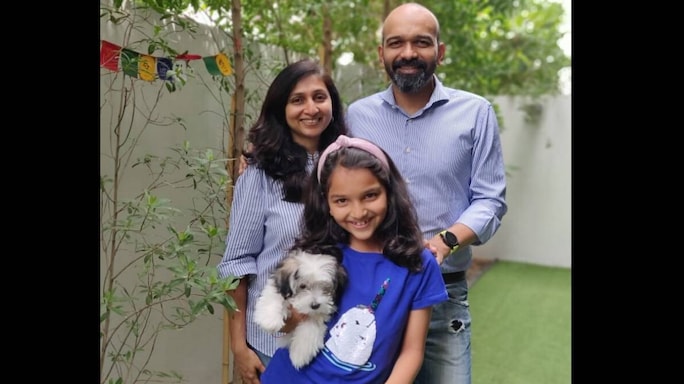 The author with her husband, eight-year-old daughter and Skye. Photo: Chaitali Patel

“We are getting a pup in a week,” announced my husband nonchalantly. He’s been really wanting a dog and we had discussed getting one multiple times, but I always found ways of postponing the decision. A friend’s dog had given birth a litter of seven puppies, one of whom was coming to us. For once, I was out of excuses.

This was during the early stages of life slowing down because of COVID-19 in Dubai. We had little help and I was nervous about the additional work, but reasoned to myself, that this was perhaps the best time to bring a pup into our lives. Both my husband and daughter were home, so there were extra hands to help with raising and training the puppy.

A playmate for children

Eight weeks later, getting the puppy has been a blessing and one that has helped us survive this lockdown and cope with these strange times. For our 8-year-old daughter, the change has been absolutely magnificent. She doesn’t fret about not being able to play with her friends or go out cycling as she has an eager playmate in Skye.

Our mornings are not dictated by news from around the world, but by Skye’s antics in the garden. My husband and daughter punctuate their work and study routines with quick play sessions and many cuddles. The quantum of work has certainly increased for everyone. Getting a puppy is like getting a child who never grows up. There are times when I feel overwhelmed, but my irritation dissipates as soon as I see her small, furry face.

Bringing the family together

Priya and Manish, a couple from Mumbai, were toying with the idea of adopting a dog but just couldn’t decide when. There were always travel plans, work or other priorities that kept getting in the way. The lockdown pushed them to act on the idea, sooner than later. With both of them working from home, travel plans cancelled or postponed, and schools shut, suddenly the timing felt right. They contacted an adoption agency and found Layla, a four-and-a half-month-old Indian stray, who was rescued along with her brother near a busy highway. 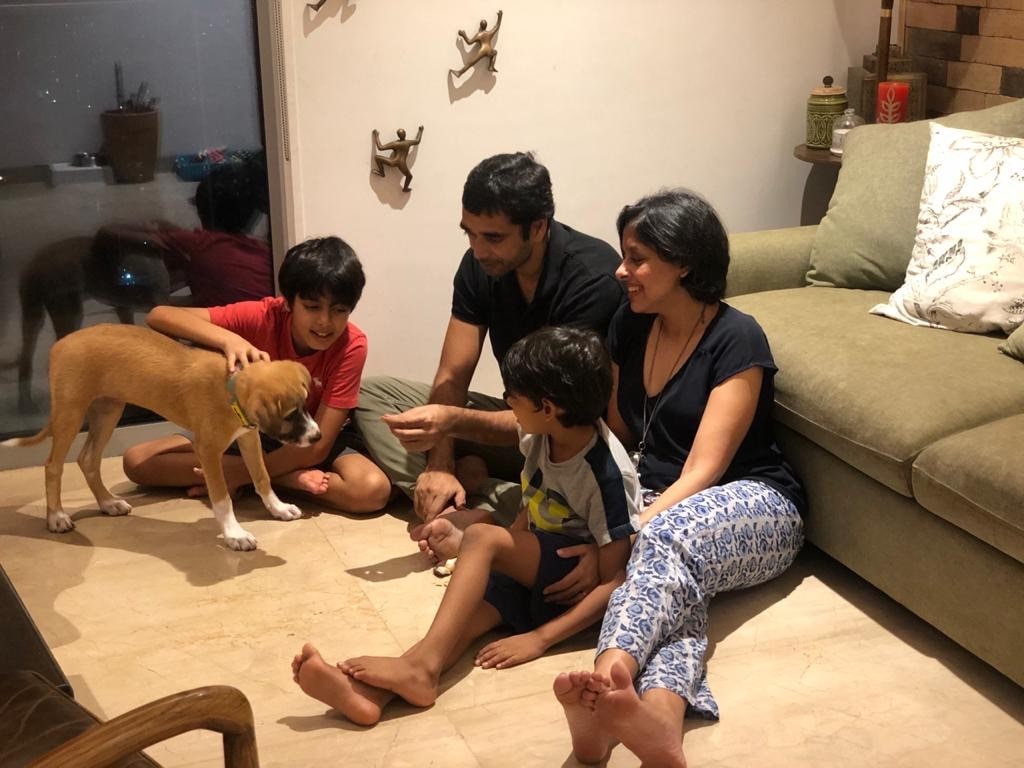 Priya and Manish with their two children and four-month-old Layla.

Dealing with her teething and toilet training have added considerably to their work but the couple says they wouldn’t have it any other way. Says Priya, “The experience has been very rewarding as Layla has become a binding factor in this lockdown. The kids spend hours playing with her, training her and I see a change in the way they are bonding with each other too. Layla seems to have brought a lightness, some extra joy when the very air around us seems laden with grief.”

Living in the present

Getting Velo, a five-month-old mixed breed pup, home at the end of March was a split-second decision for Dubai-based Vidya Balachander and her husband, but in hindsight they both agree the timing couldn’t have been better. Although Velo has been facing some health issues, Vidya says, “The puppy has forced them to live in the present—there is simply no time to dwell on the future. At a time like this, living in the present is a surprisingly effective coping strategy.”

“Now, our lives are dictated by the rhythms of our curious puppy’s explorations of his new surroundings. We are once again learning to wonder, laugh and be curious—all things I am deeply grateful for,” adds Vidya.

The most unlikely validation came from my mother, who over the years kept dissuading us from getting a pup. Seeing the positive effect on my daughter, she now says we did the right thing by getting Skye home. I am sure all the others who brought home a pup would agree.