India On A Platter: The Best And Most Popular Dishes From Central India, Bohri, Parsi And Sindhi Communities

Readers, food experts, historians and chefs curate and select the best dishes from the central regions of India and across communities 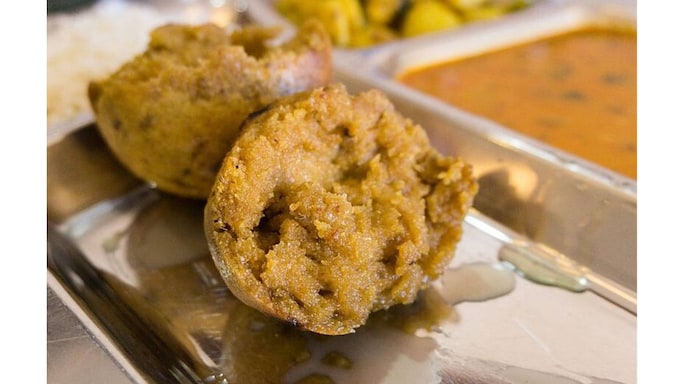 Muthia: Another rustic delicacy that has gained popularity, muthia are savoury dumplings eaten as snacks or part of a breakfast menu. Made out of rice dough and flavoured with the traditional spices of the region, these are steamed and then shallow fried. Muthia is regarded as pakwan—to be served to guests at feasts. Highly popular as a village delicacy in the state, they have a special status now, thanks to a growing fondness for traditional cuisine.

Dal Baafla: Legend has it that this humble dish originated when Rani Jodha Bai introduced the Rajasthani baati to the Mughal court after being married to Emperor Akbar. These wheat breads leavened with yogurt are boiled in hot water before baking. The dal is usually made by combining a variety of lentils—usually tuvaar, chana and moong. Tempered with mustard and cumin seed, the dal provides a delicious counterpoint to the baafla, and is served by pouring it over the soft bread, with a huge dollop of ghee.

Mutton Khichda: Khichda is made with cracked wheat and has meat in it, apart from three or four types of lentils. While it’s similar to haleem or harissa, which dates back to earlier than the 10th century,  in the mutton khichda, the meat isn’t ground and cooked to a paste, but appears chunky. The coarsely chopped meat is fried with whole aromatic spices and garam masala before being added to the grains and lentils to be slow-cooked in a pot. Often left to simmer overnight, it’s topped with fresh mint and deep-fried onions to add an extra layer of flavour.

Salli Boti: For a hearty meal, you can’t go wrong with meat and potatoes. And this preparation, which blends the Parsi penchant for meat with the Gujarati love for all things crunchy, is particularly flavourful. The dish is a luscious mix of tomatoes, onions, jaggery and vinegar, mixed with ground spices and boneless meat. A generous topping of the salli (deep-fried potato slivers) helps to balance out the strong flavours and gives it an added layer of texture. Usually enjoyed with piping hot wholewheat rotlas. And perhaps a Parsi peg or two, if it’s a celebration! 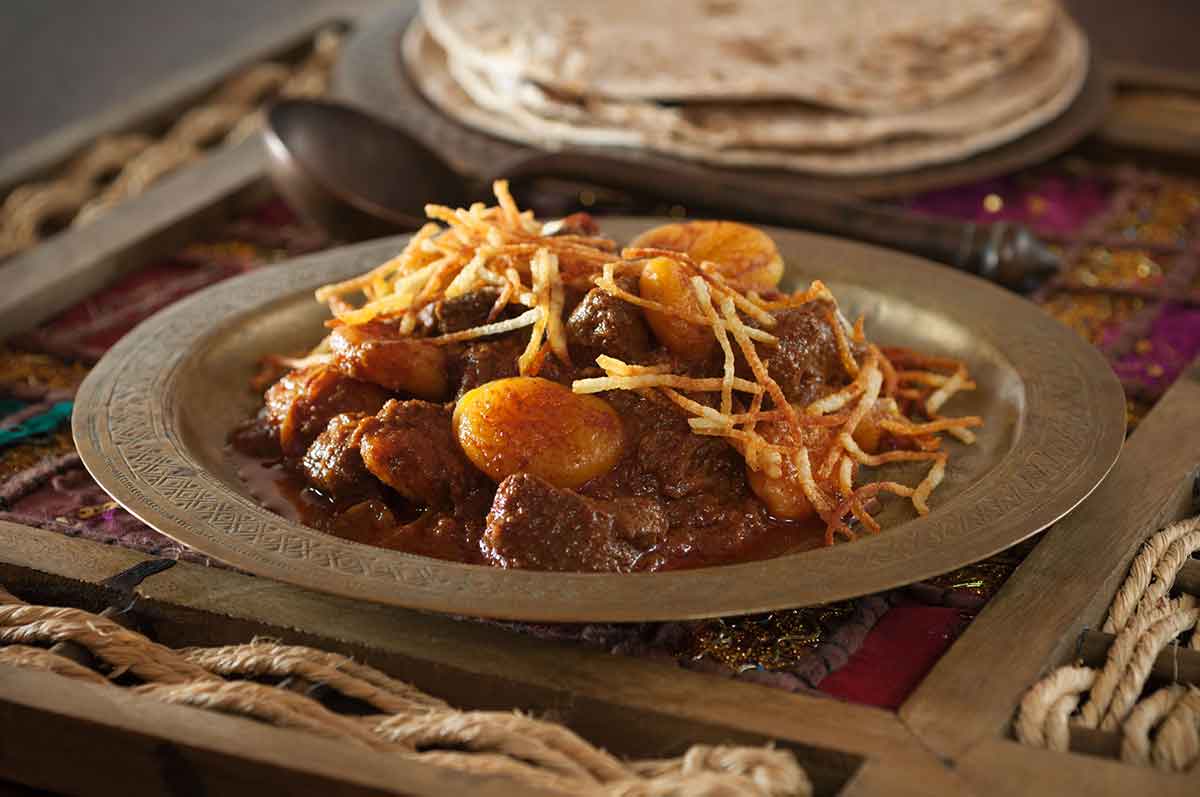 Food historians often debate whether the name kadhi is a corruption of the Tamil kari from as far back as 1500 BCE, which lends its flavour as well as name to ‘curry’. Whatever its origins, Sindhi kadhi has a global fan base, wherever the diaspora has spread. The addition of vegetables makes it a nutritious and satisfyingly tasty meal. While there are restaurants serving it these days, most people try to find a Sindhi friend’s home where they can enjoy the authentic taste, like actor Aamir Khan, who admits he loves the Sindhi kadhi at producer Ritesh Sidhwani’s place!