India Cases Near The 30,000-mark, Graded Exit Plan Being Worked Out: Corona Developments You Must Know

As India enters the 35th day of a lockdown enforced to check the spread of COVID-19, close to 1,000 people have lost their lives to the virus 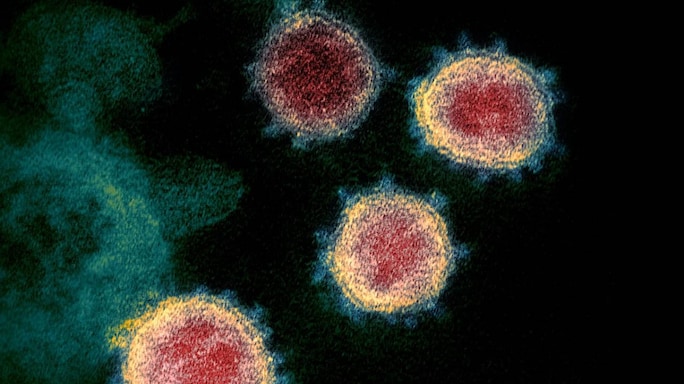 On Day 35 of the nationwide lockdown, the number of cases in India continues to grow. Till Tuesday afternoon, India reported 29,435 confirmed coronavirus cases. The number of fatalities is inching close to the 1,000-mark even as efforts are being made to flatten the curve and slow down the doubling rate.

Here are all the important developments related to coronavirus that you need to know:

India cases and toll: The total number of active coronavirus cases in the country stands at 21,632 while 6,868 people have been cured of the illness, according to data provided by the Ministry of Health and Family Welfare. It’s the number of deaths that is a cause of concern—62 people lost their lives to the virus in the last 24 hours, taking the toll to 934.

A graded exit plan still being worked out: A day after Prime Minister Narendra Modi held an e-meeting with the chief ministers, the details of a graded exit plan are still being worked out. Lockdown is likely to continue in red zones—districts reporting high incidence of cases and high doubling rate. Some chief ministers, like Bihar’s, have also asked for a specific roadmap for bringing people back to their home states. Most chief ministers seem to be in favour of extending the lockdown, with some relaxations. A World Bank report, released this month,estimates that a significantly large proportion of India’s 4 crore internal migrants have been affected by the nationwide lockdown enforced since 24 March midnight.

Maharashtra, Gujarat numbers continue to grow: The western states have reported a relentless surge in confirmed COVID-19 cases over the last week. A total of 8,590 people have tested positive for COVID-19 in Maharashtra; in Gujarat, which is second only to Maharashtra, 3,548 cases have been reported so far.Dharavi, one of Asia’s largest slums, alone has reported 288 confirmed coronavirus cases untilMonday.

High mortality rate and L-strain:The mortality rate has been particularly high in Gujarat and Madhya Pradesh, with the virus claiming 162 and 100 lives in both the states. Some experts, quoted by PTI, had said this could be due the dominance of a more virulent strain of the virus, the L-strain.However, the World Health Organization (WHO) on Monday dismissed the theory. In an interview to TV Today, WHO’s technical lead said, “there aren’t any differences in the viruses that have been found in different countries that suggest it (Covid-19) behaves differently in terms of its ability to transmit or its ability to cause severe disease in people.”

Where Delhi stands: By Tuesday morning, Delhi’s confirmed COVID-19 cases breached the 3,000 mark—total cases are now at 3,108. The mortality rate—54 people have died of coronavirus in Delhi—has been significantly lower than other cities like Mumbai and Indore. Delhi now has 99 containment zones, with two more being added on Monday. These areas have been cordoned off and sealed.

Global corona update:The number of confirmed coronavirus cases has climbed to 30,64,902 globally, according to worldometer, a website that updates COVID-19 numbers, real-time. While the US tally has crossed the 10 lakh mark, Russia and Brazil are also reporting a steady surge in numbers at 87,147 and 67,446 cases respectively.

Story of hope: While the global fight against coronavirus pandemic continues, individual acts of kindness and generosity have stood out. In Himchal Pradesh’s Kangra district,Wangdue Dorjee, a start-up owner, is making face shields for paramedics, nurses, doctors and police at free of cost. Local organizations have now come forward to contribute to Dorjee’s project. Read more on this can-do story here.