How Teddy Bear Got Its Name: The Cuddly Bear's Connection With This US President

On Teddy Day, we tell you the story of how the toy bear was born, and named, more than a century ago A cuddly stuffed toy bear⁠—the Teddy bear that we all know from our childhood⁠—has been an icon of love for teenaged lovers. How did it come to be called Teddy?

The story goes that in 1902, the 26th President of the United States of America, Theodore ‘Teddy’ Roosevelt (President from 1901 to 1909), was out on an hunting expedition (hunting may be a crime today, however it was widely popular in the day) in Mississippi. After three unsuccessful days, he found that a bear has been tied to a tree by his hosts for him to shoot. President Roosevelt wasn’t impressed with the idea of hunting the hapless bear and declared it ‘unsportsmanlike’ to shoot it.

Since the bear was in a very bad state after being bitten by hunting dogs, President Roosevelt is said to have asked one of the members of the hunting party to kill it with a knife⁠—to put it out of its misery. Many news stories, at the time, chose to ignore his order to kill the bear, and a cartoon by Clifford Berryman in the Washington Post in which Roosevelt was depicted in hunting gear and turning his back to the bear, put him in a rather compassionate light. 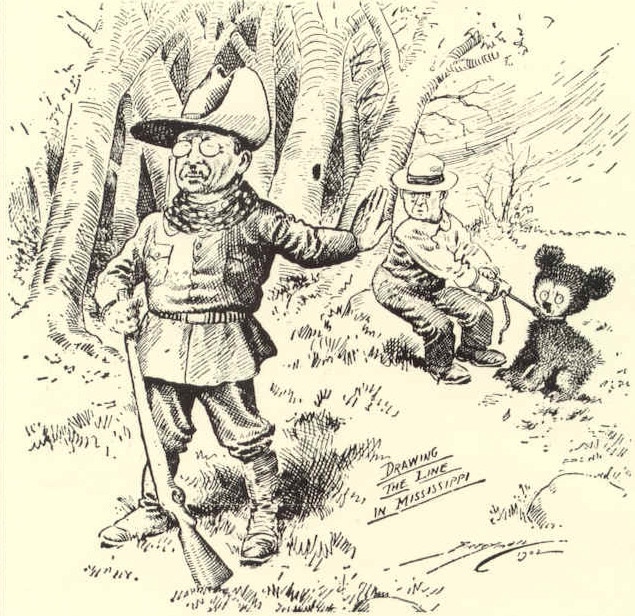 This gesture by President Roosevelt impressed Rose Mitchom, the wife of a New York novelty-store owner. Rose, who used to make stuffed animals created two cuddly bears that looked similar to the bear in the cartoon by Berryman. Her husband, Morris Mitchom, put them in his store's window and also requested the President if the bears could be called Teddy, Roosevelt’s nickname. The President gave his consent in the form of a letter and the creators of the toy bear displayed the letter prominently in their store. There was no looking back for Teddy bear after that.

Teddy’s popularity hasn’t waned even after a century. Today marketeers have named the fourth day of the Valentine’s week (7 February to 14 February) Teddy Day, hoping that couples committed to demonstrate their love for each other will push the sales of the cuddly soft toy bear.