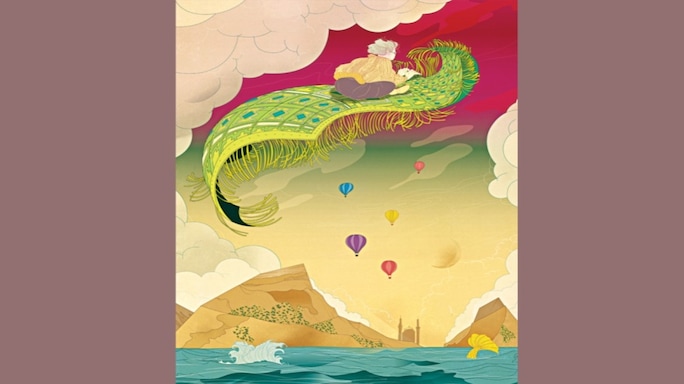 When your mother enters her ninth decade, you make a point of being a little extra vigilant for any signs of decline—memory loss, bouts of repetition, a general acceleration of age-related deterioration.

Thankfully, my mother has been blessed with good health, and her mental faculties seem to have remained largely intact. But when she got inked after turning 80 last September, I had to wonder.

To celebrate Mom’s landmark birthday, we were planning a large party—but then, of course, everything had to be cancelled because of COVID-19. After all, her entire social circle is high-risk, composed as it is of septuagenarian and octogenarian friends from her book (wine) club, her garden (wine) club and her church.Instead, we arranged an outdoor family lunch at our lake house in Quebec.

My mother looks just like many grandmothers. She is short, plump and white-haired. She’s rosy-cheeked and jolly, and when she laughs her eyes almost seem to disappear behind those chubby cheeks. She comes from an old, traditional Catholic family. She was a career civil servant. In short,she didn’t do crazy stuff.

That all changed a few years ago.She began to surprise my older brother and me with bouts of what she described as ‘independence’. At the time, we merely saw them as examples of irresponsibility and possibly age-related questionable judgment.

In early 2015, the year she turned 75, she informed us she’d booked a seven-night trip to Turkey. Alone. Because she had never been. Of course,that was absurd. There was no way my brother and I could allow that. A vulnerable little old lady wandering the streets of Istanbul on her own,not speaking a word of Turkish, with no knowledge of the laws and customs of the land—it was out of the question!

She paid no attention to us. Off she went. When she returned, she told us it had been a wonderful success. As it turns out, she had barely spent anytime alone after hiring a taxi driver to show her around Istanbul for a few days. He took her to the souks,mosques and restaurants. He introduced her to a rug vendor, “a lovely fellow,” and she bought some rugs.The vendor had taken her address details and promised to ship the rugs home. The vendor and my mother apparently struck up quite a friendship and she had told him to please drop by if he were ever in Canada. My mother beamed as she told this story.

We couldn’t believe how naive she had been and duly sat her down to explain that she had been duped.The vendor had her money. She neither had, nor would be, receiving any rugs. And, of course, she had no possible recourse.

Some weeks later, her rugs arrived.As did a lovely note from Mustafa. To our even greater surprise, the following year Mustafa himself arrived, and promptly called our mother to inform her of that fact.

“He came by for a cup of tea. They drink a lot of tea in Turkey,” my mother told my horrified brother and me.

At 77, she did a similar thing while on a Caribbean cruise with her younger sister. Upon disembarking in Cuba, she wandered off on her own,flagged down a motorcycle rickshaw,and had the driver “show her around the island” for several hours. Of course,she neglected to inform her sister of her plans (“she would have worried”),causing my aunt to spend the entire afternoon searching for our mother.My aunt didn’t find her until Mom returned just before the ship was due to depart. She had been sampling a local drink with “some very nice Cubans” at a bar “somewhere off in the forest—just a shack of a place, really.” Still, her 80th birthday was when she really outdid herself. Sitting on the deck of the cottage for the outdoor birthday lunch with her family, Mom informed us that she decided she had to get a tattoo. Her first. It would be her 80th-birthday present to herself.

My brother and I eyed each other.Was she joking? What does Mom know about tattoos? She goes to church, not to tattoo parlours. It seemed so absurd we didn’t believe it.

Six days later, she had a tasteful butterfly on the outside of her left ankle.My brother and I wondered:Had she become addle-brained? ButMom proved that she was thinking straighter than most of us.Her streak of independence seems to be thoughtfully based on a realization that life is to be lived, and when there's relatively little of it left, it needs to be lived now. This philosophy reminded me of the line from film The Shawshank Redemption: “Get busy living or get busy dying.”As happened with most of us, the pandemic kept her cooped up, away from loved ones and fun. The tattoo was her way of flipping 2020 the bird.And we couldn’t be prouder of her.I don’t think Mom knows what her next big ‘thing’ is. She’s a little old lady who sits in her apartment, but she won't sit still much longer. Sure,she’s prone to folly, though maybe that's what we need right now. Some pointless, wonderful folly.