Thinkers and commentators share their thoughts on the nature of Indian democracy. 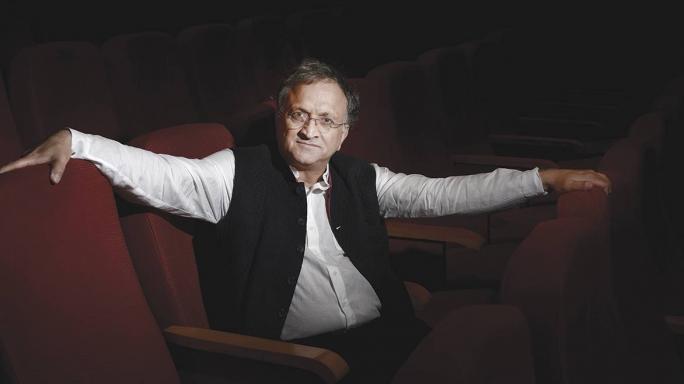 Historian and author of India After Gandhi

India is in danger of becoming an 'elections-only democracy'. Every election is free and fair. Yet other instruments of democratic accountability remain imperfect. Parliament meets rarely -- when it does, it resembles a wrestling pit more than the stately chamber of discussion it was meant to be. The criminal justice system is in a state of near-collapse. The state is weak and incompetent when providing basic services such as education and healthcare; but savage and brutal in its suppression of discontent.

Many individual Dalits, women and Muslims (but fewer tribals) have overcome discrimination, becoming successful professionals, public servants, politicians and entrepreneurs. Yet these social groups remain, on the whole, less-than-equal citizens of the land. Upper-caste Hindu males still command disproportionate privileges in the everyday life of the Republic.

It is easy to compare our democratic record with other ex-colonial nations; but tougher to compare it with Western Europe and North America. Indians today may be more free than when the British left these shores, but they are surely less free than what the framers of our Constitution hoped or wished them to be.

Journalist and author of Indira: India's Most Powerful Prime Minister

On the lessons of the Emergency: It was indeed a thunderbolt when Indira Gandhi snatched away those very rights for which her father Jawaharlal Nehru, a committed constitutional democrat, and his colleagues had given their lives.

From her point of view, she was safeguarding democracy by suspending it. She believed there was an "international conspiracy" to bring down her government, that martial law could be declared given that Jayaprakash Narayan was asking the army and police to mutiny and not obey orders. In my view, she was only a "half-hearted" dictator because while she imposed the Emergency, she also lifted it, submitted to the vote and quit office.

After the Emergency and the experience of the defeat in the 1977 elections, when she returned to power in 1980 she played the politics of survival, determined to stay on in power at any cost. Even then, she continued to dismiss elected ministers.

As I write in my book, the "bitter ghosts of the Emergency" still encircle our lives. Indira Gandhi declared an Emergency by law, but today we have an undeclared Emergency and a culture of fear at all levels, fear not just of the political leadership but fear of violent mobs that seem to have social and political permission to wreak havoc. Democratic freedoms are in some danger today, just as they were in 1975.

Till we correct this imbalance by examining our priorities, we cannot hope for inclusion. The governments of Madhya Pradesh and Chhattisgarh have shut down their state transport corporations because they are apparently unprofitable. How are the poor expected to travel? Meanwhile, there is no expectation for airports to be profitable. It is not the state and politicians that are to blame for this. It is the selfish, anglicized upper class that controls the narrative.

On freedom of the press: The Indian press cannot retain integrity and speak truth to power, given the business and political pressures on journalists. The ratio of subscription to advertising revenue in India is substantially low in the world. Even in Pakistan and Sri Lanka, newspapers cost anywhere between Rs 18 and Rs 25. Our news channel subscription rates are close to zero. Big business controls the whole operation and all the messaging.

On the tools for freedom: The most important is free speech and expression. What we find missing is the will of the ruling establishment to implement constitutional guarantees, and a strong political opposition to contest its inability to do so.

A look at human rights violations demonstrates the rising failures in governance to protect and promote the rule of law. The lynching of people because of religious or caste identity, the impunity to vigilante groups, the atmosphere of fear to critique policy and suggested legislations are indicative of intolerance of freedoms guaranteed in the Constitution.

Further, institutions of democracy are misused and perverted. The whistle-blowers legislation is being amended even before it is notified. The Lokpal Act was passed in 2014, but not been notified and instead the government is seeking amendments to weaken this law. The grievance redress bill, which will prevent daily misery in delivery of basic services, is in cold storage. India urgently needs a government that will lay its process of legislating open to public scrutiny and dialogue -- a process that the rights-based legislations established, beginning with the RTI law. We have, on the contrary, an authoritarian government raising the sceptre of nationalism and sedition to silence dissent, protest, difference -- both unwise for public policy and a disaster for individual freedom.