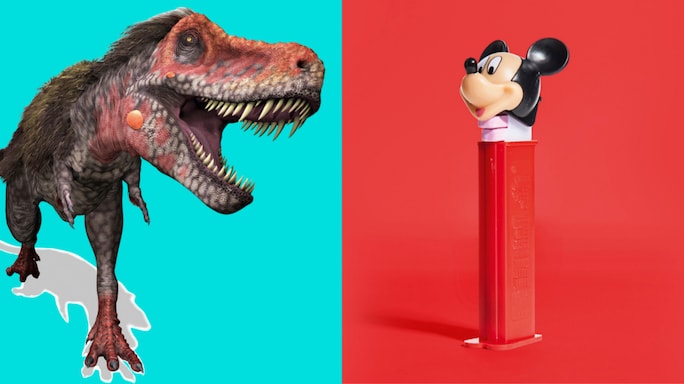 That’s what archaeologists have found in the fossil evidence of some species, including velociraptors. Whether bigger species such as Tyrannosaurus rex had them is under debate, but some scientists believe they had light feathering. In fact, researchers have long noted that chickens and other birds share skeletal similarities with T. rex and are its probable descendants.

Not surprisingly, the bizarre attempt to get kids to eat healthier did not go over well with the child testers.

3. You have a greater chance of dying on your birthday than on any other day of the year.

In fact, the younger you are, the more likely you are to bite the bullet on your big day. So go ahead and party—but not too hard.

4. Sloths can hold their breath longer than dolphins can.

Dolphins need air after 10 minutes, but a swimming sloth can hold its breath for up to 40 minutes. Their secret: Sloths can slow their heart rate at will, reducing the need for fresh oxygen.

5 A woman was elected to the US Congress before women’s suffrage.

Montana’s Jeannette Rankin was sworn in as the first female Congress member in 1917; all American women were given the right to vote in 1920.

6. The dunce’s cap used to be a sign of intelligence. Thirteenth-century philosopher John Duns Scotus thought a pointed cap would funnel knowledge from its tip to his brain, and his ‘Dunsmen’ followers wore the hats as badges of honour. In the 1500s, his ideas became less popular and the meaning of the Dunce’s cap was turned on its head, becoming something of a joke.

7. The founders of Adidas and Puma were brothers. Adi and Rudi Dassler went into the shoe business in 1924 as Dassler Brothers Shoe Factory. They made running shoes for Jesse Owens, among others. But, their sibling rivalry boiled over in 1948, when they split the company: Adi launched Adidas; Rudi created Puma.

8. Astronauts can cry in space.

But with no gravity to pull the tears down their faces, the water just pools into a ball on the astronauts’ cheeks. Even more annoying: No-flow crying “stings a bit,” says astronaut Chris Hadfield.

9. Nutella was invented for chocolate lovers.

After World War II, chocolate supplies were low in Italy. Pietro Ferrero knew Italians would still want their chocolate fix, so he came up with a way to stretch what he had by creating a sweet paste made of sugar, hazelnuts and just a little cocoa.

In 1896, the sultan of British-protected Zanzibar died and a new one took over without British approval. The Brits were not happy, especially when Sultan Khalid bin Barghash refused to step down. British warships spent less than 40 minutes bombarding the palace before Khalid fled, marking the end of the (very quick) Anglo-Zanzibar War.

It’s the technical name of a protein, which lists its entire amino acid sequence and would take about three and a half hours to say out loud.

In L. Frank Baum’s 1900 novel, he describes them as “silver shoes with pointed toes.” But, the 1939 movie was being shot with the new Technicolor technique, and red shoes made a more eye-catching choice than silver ones. There were at least four pairs made for the film, one of which was recovered only last year after having been stolen from the Judy Garland Museum in 2005.

The wetting agents reduce the surface tension of plain water so it spreads and soaks into objects more easily, which is why what fire crew use is known as ‘wet water’.

After New Zealanders started growing and exporting the fruit, they changed the name in a marketing move. ‘Kiwifruit’ was more appealing to US consumers, and it drove home the idea that it came from ‘Kiwis’, a nickname for New Zealanders.

Like snakes, frogs swallow their food whole—and alive. When a frog closes its eyes, they are pressed into their sockets and down toward the roof of its mouth, pushing on the food and moving it down the throat.

16. The second got its name for being the second unit of time, after the minute.

They ‘trailed’ the feature film—hence the name. But, theatres noticed that the audience would leave before these de facto ads ran, so they were moved to before the film, with their old name trailing with them. 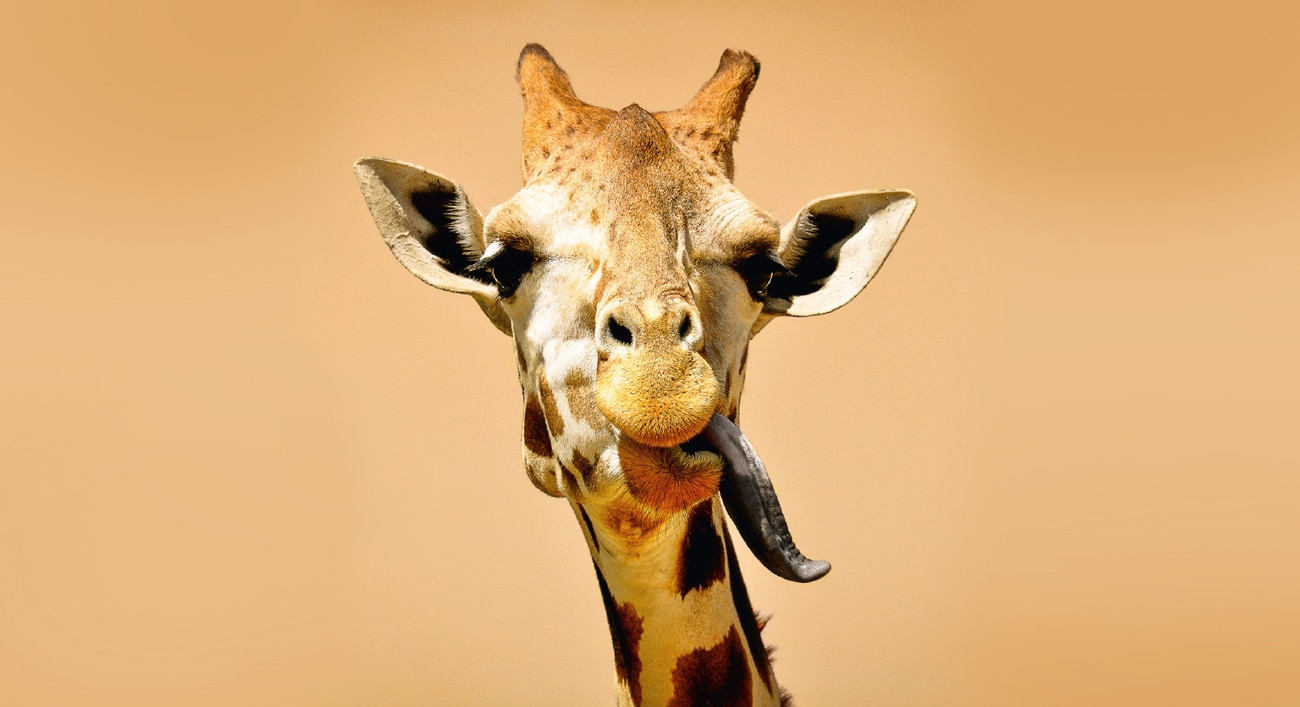 19. The lighter was invented before the match.

In 1823, a German chemist created the world’s first lighter, Döbereiner’s lamp, which was used in industrial settings. It wasn’t until three years later that an English chemist made the first friction match.

William Hitler, a British native, was travelling in the United States with his mother, Bridget Hitler, when World War II broke out. An outcast in England because of his family name, William tried to enlist in the US armed forces but was denied. After a sincere letter to President Franklin Roosevelt and a thorough background check, William was finally accepted. He served in the US Navy for three years as a pharmacist’s mate.

21. You can’t hum while holding your nose. You just tested it, didn’t you? You might be able to get a note or two out, but good luck with a full song. Normally, when you hum, the air is able to escape through your nose to create the sound, and of course, it can’t do that when you’re holding your nostrils shut.

'Facts' That Are False

1. Blood is blue inside your body.

Human blood is the same colour inside your body as it is outside: red. Our veins look blue because the tissue covering them changes the way light is absorbed and scattered, which affects our perception of their colour.

2. The hottest part of a chilli is the seeds.

Capsaicin, a chemical compound that binds to the pain receptors on our nerves to produce that fiery heat, is most concentrated in the inner white rib of the chilli. The seeds don’t actually contain any capsaicin, but they may be coated in it because they touch the rib.

3. Jesus Christ was born on 25 December.

The Gospels of Matthew and Luke never mention the date of Jesus’s birth. So, why do we celebrate 25 December as the day Christ was born? It could be because of a Roman Catholic historian from the third century, Sextus Julius Africanus, who believed Jesus was conceived on 25 March—nine months before what is now Christmas Day.

4. The Sahara is the world’s largest desert. 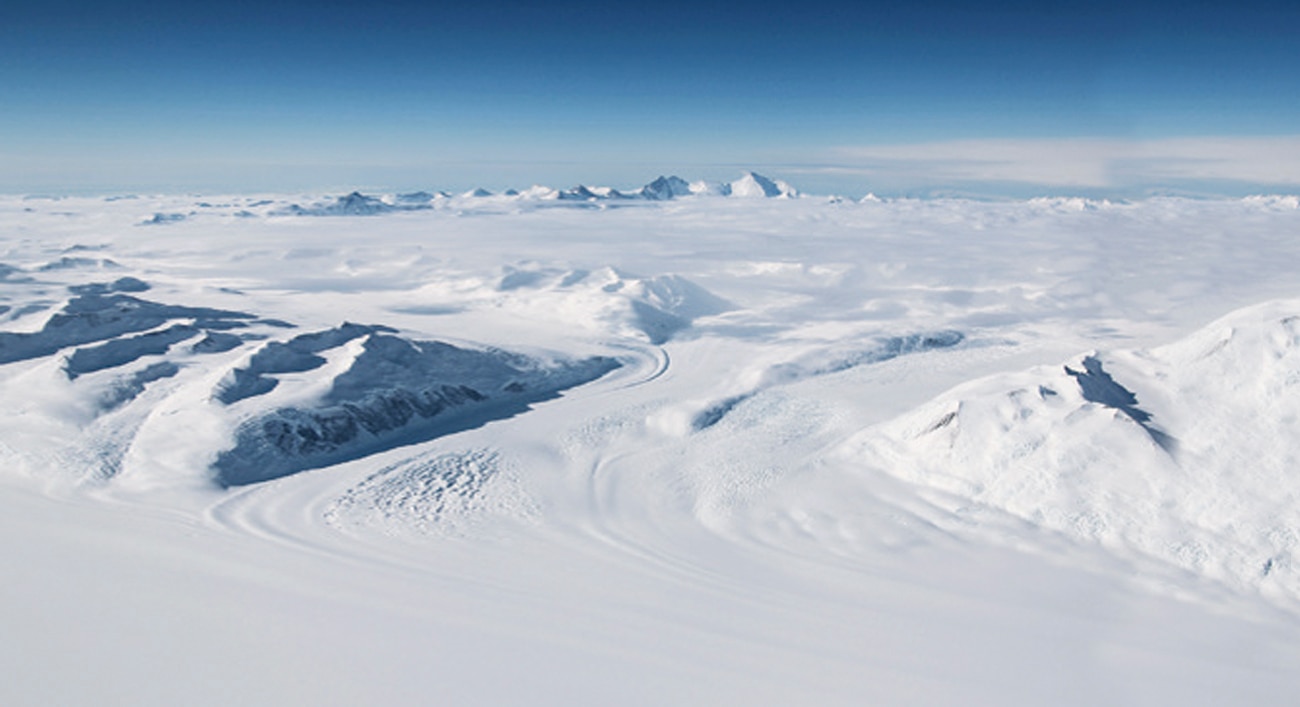 Technically, Antarctica is. The US Geological Survey defines a desert as “arid land with meagre rainfall [usually less than 25.4 cms per year] that supports only sparse vegetation and a limited population of people and animals.” Antarctica averages only 15.24 cms of rain a year (mostly as snow) and is almost 1,42,44,934 square kms. The Sahara is only 85,46,960 square kms.

5. Chameleons can change their colouring to match any background.

The lizards do adjust their skin tone to camouflage themselves in certain environments, but their colour range is limited. The really vibrant hues you see on TV and in books aren’t usually meant for tricking predators. Those chameleons are trying to attract a mate or defend their territory. Male chameleons have even been known to change their colours to appear female, which helps them sneak by other males without the threat of a fight.

6. eBay was founded by a man who wanted to help his fiancée trade PEZ dispensers.

That’s the story that circulated when the online auction house began, but it was really just a PR tall tale. It is true that PEZ (named after the German word for peppermint, Pfefferminz) were originally created, in 1927, to help smokers quit. Almost as strange: The all-important dispensers didn’t get their character-inspired tops until 1957. The first was a witch, for Halloween.

7. The Declaration of Independence made the United States a sovereign country.

The US Congress adopted the final text on 4 July 1776, but most countries didn’t recognize the new government then. The French waited two years and the British didn’t formally accept losing their colonies until the Treaty of Paris in 1783.

Norwegian lemmings do migrate in packs, but the well-known image of their mass suicide was staged for the 1958 documentary White Wilderness. Film-makers tipped brown lemmings from a truck over a cliff’s edge, making it look as if they were following one another to their deaths.

In fact, it’s the opposite of a fact. Writer Norman Mailer coined the term in 1973 to describe ‘facts’ that were invented by gossipreporters. The suffix ‘-oid’(as in ‘humanoid’) refers to something that appears like something else but is not.

They were probably just as intelligent as Homo sapiens, but scientists think that Neanderthals didn’t fare well when the animals they hunted died outafter the Ice Age.

11. Eskimos have more words for snow than any other culture.

The Canadian Inuit in the Nunavik region do have more than 50 words for it, and the Central Siberian Yupik have 40. But the Scots have the biggest snow vocabulary—421 words.

12. Julius Caesar was born via caesarean section—and the procedure was named for him.

In Caesar’s time, a caesarean was performed only on dying women, and Caesar’s mother likely lived long enough to see him attack England. The origin of the name is uncertain, but it might have come from the Latin caedare, which means ‘to cut’.

13. Citronella candles are the best way to keep mosquitoes out of your yard.

The smoke from citronella candles is as effective as that from regular candles—and neither helps much. If you want an all-natural mosquito repellent, try planting some catnip. (Your cat will thank you too.)

14. The green paste served with your sushi is wasabi.

Wasabi is expensive and difficult to grow. Since it’s in the same family, most restaurants and food companies use horseradish (with food colouring) instead. Real wasabi is more complex and sweeter than what you get in a typical Japanese restaurant.

15. Ostriches bury their heads in the sand.

The birds would suffocate if they did. If a predator is approaching, a frightened ostrich will lay its head and neck flat against the ground as a camouflage ploy. Some human onlookers have assumed that the birds’ light-coloured heads were actually in the sand.

Without an atmosphere, there’s nothing absorbing the sun’s harmful rays or trapping in heat. When astronauts are orbiting Earth, the temperature can range anywhere from −156°C to 121°C.

17. The Hope Diamond is the biggest in the world.

18. You can get tetanus from a rusty nail.

It’s the dirt around the nail that can carry the Clostridium tetani bacteria.

Pure H₂O is an insulator.

20. You can tell a ladybird’s age by counting its spots.

A ladybird’s spots do not change once it becomes an adult.

21. Earth is closer to the sun in the summer.

Just the opposite: We are closest in January, when it is winter in the northern hemisphere.