Extraordinary Indians| Payal Jangid: A Child-Rights Activist Married To Her Cause

Payal Jangid is the first Indian to receive the Goalkeepers Global Goals Changemaker Award from Gates Foundation in 2019. She earned it for her work in combatting social evils like domestic abuse, child labour, ghoonghat pratha [purdah] and early marriage 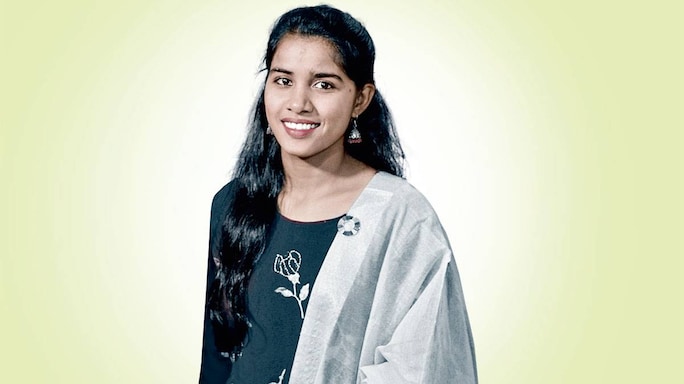 Five years ago, when 12-year-old Payal Jangid overheard her parents discussing suitors for her and her sister Babli, then 14, her heart sank. Jangid felt the same unease watching other little girls in tears as they were wrenched out of their homes into a stranger’s arms.

“Watching them, I knew that this was wrong—children shouldn’t be put through this,” says Jangid, now 17. Determined to avoid this fate, the class seven student declared her refusal to get married, or allow her sister to do the same. Her protests, however, clashed with the iron fist of long-standing tradition and intractable elders. “Grown-ups here considered girls a social and financial burden. In fact, marrying off children young was considered auspicious,” she explains.

Pitted against recalcitrant elders, little Jangid found courage from an unexpected source. In 2012, Hinsla, her village in Rajasthan, was chosen by the Bachpan Bachao Andolan (BBA) to be turned into a child-friendly village. As part of this initiative, Nobel-Peace-Prize recipient, Kailash Satyarthi and his wife, Sumedha Kailash, founder of Bal Ashram, visited Hinsla and spoke to the community about a child’s right to education, health care and protection against exploitation. Their words made a lasting impact on Jangid, who was inspired to join the cause. “We found her very dedicated towards bringing change in her village. She quickly became an active participant in our programmes,” says Sumedha. The Satyarthis helped put a stop to Jangid’s marriage and inspired her to continue fighting for child rights. In 2013, she became the sarpanch of the Bal Panchayat (Children’s Parliament)—a platform where children could talk freely about their problems to a leader they elected. Jangid heard their problems and coordinated with the village panchayat to find solutions. She also organized protests and educated the community about how oppressive practices—domestic abuse, child labour, ghoonghat pratha [purdah] and early marriage—ruined lives. Fierce opposition followed: “People would turn us away asking me not to spoil their children with such ideas. But we did not give up,” says Jangid.

Her perseverance paid off—no instances of child marriage and child labour have been reported in Hinsla recently. Jangid also became the first Indian to receive the Goalkeepers Global Goals Changemaker Award from Gates Foundation in 2019. Today, she balances college with her social work and wants to be a teacher. Her learning: “Many resign themselves, to the way things are, far too easily. Everyone must challenge injustice and not run away or hide from problems. With strength and cooperation, even the toughest minds can be changed.”

Do You Like This Story?
18
2
Other Stories
Please enter valid text
Must Reads
Latest Issue