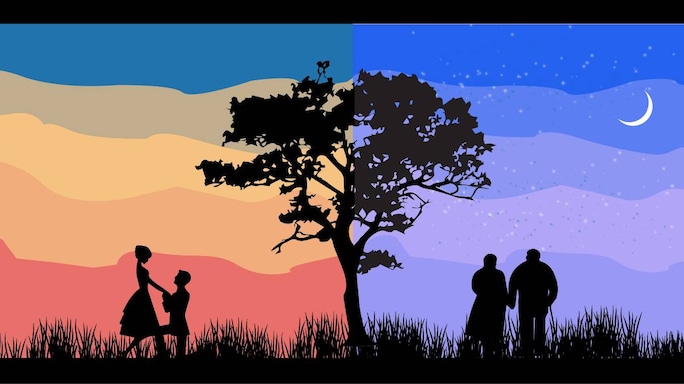 Today is Father’s Day, a great day to revisit A Suitable Boy. Now, if you have read Vikram Seth’s 1993 magnum opus, I am sure you are wondering what this day dedicated to dads has to do with this doorstopper. Didn’t the story unfold as it did because the Mehra family lacked a father?

While that may be true, I am going back to my favourite book of all time today,because I have recently read another book, and discovered the “original” Suitable Boy, and he has much to do with being a father, and a fabulous one at that.

In 1950, a young fatherless 19-year-old girl, whose mother was constantly fretting about her marriage, was summoned to Delhi by her mother “on a holiday”. But the unsuspecting girl was actually being called to see, and be seen by, prospective grooms.

One young man among them, an orphan raised by his uncle and aunt, had particularly caught the mother’s fancy with his simple ways and straight talk. He worked at the Cawnpore Tannery. He had studied at St. Stephen’s College with this girl’s family friend, and then put himself through a course in Boot and Shoe Manufacture in England. But he spoke with an Indian accent, chewed pan, and wore co-respondent shoes. He was in love with a Sikh girl, but they couldn’t marry because such were the times. He was very much interested in marrying this 19-year-old, when the family friend wrote to him.

This is not a summary of Haresh Khanna, one among Lata Mehra’s three suitors in A Suitable Boy, this is the story of Premo Seth, as recounted by Justice Leila Seth in her memoir On Balance. Premo and Leila Seth, are, of course, Vikram Seth’s parents. While reading On Balance, even as I was all kinds of fired up by the phenomenal milestones achieved by Justice Seth—topping her Bar exam in the UK, becoming the first woman judge of Delhi High Court and the country’s first woman Chief Justice of a state (Himachal Pradesh)—the fangirl in me was swooning at the discovery of the original “Suitable Boy”.

I have always rooted for Amit Chatterjee among Lata’s suitors, and never understood — SPOILER ALERT—why she chose the plain Haresh Khanna over the dashing Kabir or the dreamy Amit. This choice has baffled me, and in my more sacrilegious moods, made me even question Vikram Seth’s understanding of a woman’s heart.

It was only now, some 20 years after I first read A Suitable Boy for the first time, that I understood. Lata chose Haresh, because Leila chose Premo, who, as her memoir dedication mentions, “gave me the space to grow”. Now it is all very woke for men to aspire to be true partners to the woman in their lives, yet many fail at it on a daily basis. But Prem Seth, in the 1950s, made it possible for a young Leila to juggle marriage, motherhood and legal studies in the UK, the Bar exam, a very demanding practice and then judgeship.

This relationship gave their three children the wind beneath their wings. Vikram became the novelist he is today, Shantum a Buddhist teacher and Aradhana a maker of thoughtful cinema.

Being a doting dad is all very good, but to be a truly good father, a man must lead by example at how to be a good partner and a good human being, and in that Premo Seth proved to be truly a very suitable boy.