Governments around the world want their citizens to download mobile apps for their own safety in the wake of the coronavirus pandemic. But what do they do to citizen’s privacy? 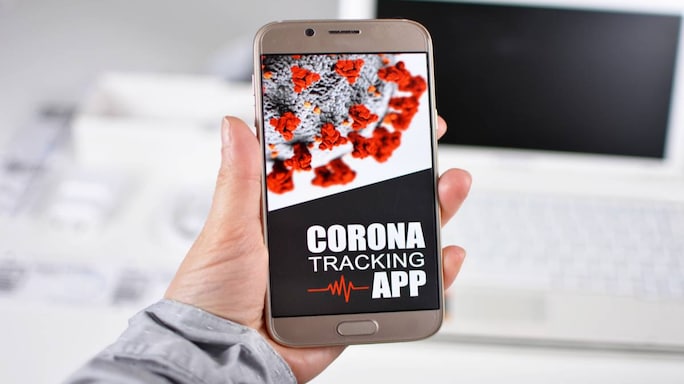 The Centre and state governments in India are in a rush to lure and, sometimes, even coerce mobile phone users into installing the government-developed Aarogya Setu app, which tracks and updates the user about any COVID-19 positive patient in the vicinity. But fears are now being expressed that the massive data collection by this app infringes on users’ privacy.

How comfortable would you be knowing you are being followed and your movements are being traced throughout the day?

With lakhs of people succumbing to the virus across the world, many governments, in order to monitor COVID-19 patients and track new outbreaks, are relying on smartphone apps to tackle the pandemic.

The success of digital methods employed by South Korea and Hong Kong to contain the virus, like monitoring quarantined people very closely, have made even the European Union, which has passed several laws, over the years, protecting citizens’ privacy, to retract on some of the issues for these apps.

Tracking people through their mobile phones during times like these is not a new concept though. For instance, the World Health Organization used it in Zanzibar way back in 2007 to control the spread of malaria.

A Financial Times report explains how researchers at Southampton University and the mobile company that WHO got in touch with began compiling sets of location data from mobile phones in the areas where cases of malaria were recorded in Zanzibar. According to the report, mapping how populations move between locations “proved invaluable in tracking and responding to epidemics”.

Here, we look at some corona ‘surveillance’ apps that are making news:

The Aarogya Setu app uses both Bluetooth and GPS location data. The government claims that the Bluetooth data, which is considered more intrusive, is deleted after 30 days and that all the data collected will not be used for any other purpose. But with some ‘ethical hackers’ punching holes in the privacy settings of the app, the government has been busy allaying fears.

China was one of the first countries to come up with an intrusive app. The Alipay Health Code app, once installed and registered, recognized the status of the user and shared location data with the police, according to Privacy International, a UK-based organization that promotes right to privacy.

Called Smittestopp (Infection Stop), this app stores location data of the users for 30 days, and this can be used to get in touch with all the people the mobile phone user was in touch with in case of a positive test result for COVID-19. For a country of five million, two million Norwegians have downloaded this app.

To assure people that data collection under the Covidsafe app would not infringe people’s privacy, the Australian government has brought in a law stating that the app’s data will be used only for public health safety and that any misuse of it would be punishable by up to five years in prison.

The CoTrack app, critics argue, is one of the most intrusive apps in the world as it wants to compulsorily have citizens’ National ID, email and phone number fed into it.

The app called StopCovid aims to trace people who have tested positive for coronavirus. It is yet to be launched as a huge debate is on in France on the app violating citizens’ privacy. The French government has said that app would be launched only after a consensus. It is one of the few governments that are taking citizens’ concerns on board.

Fear of the disease could be the overriding factor for the citizens to surrender some of their rights while downloading these apps, but it should be a temporary phenomenon.