#ChallengeAccepted: What Is The Trend All About And How Is It Related To Protests In Turkey?

From Hollywood celebrities to Indian actors and politicians, women from all walks of life are posting their black-and-white photos on social media. But, why? 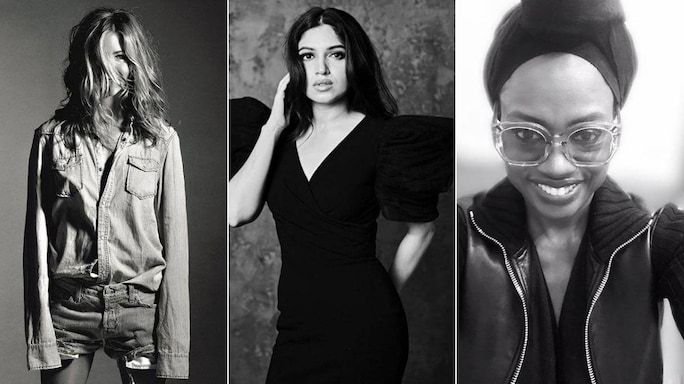 A unique challenge is doing the rounds on social media. Women across the world have been posting their black-and-white photos, mostly on Instagram, with the hashtags #challengeaccepted and #womensupportingwomen and nominating other women to do the same.

The challenge, which seems to have caught on after Brazilian journalist and television presenter Ana Paula Padrao posted her black-and-white photo with #womensupportingwomen on 17 July, has got the social media divided. Some are scoffing at it as yet another example of social media activism that fails to translate into anything concrete while others are looking at it as a starting point—to talk about women’s issues and women empowerment.

Here, we track the challenge and the conversation around it:

1. Initially, many social media enthusiasts thought the #challengeaccepted trend took off in Turkey where women have been sharing black-and-white images to raise awareness about violence against women. However, according to Instagram, posts on femicide in Turkey go back to early July while the #challengeaccepted trend picked up only in mid-July, first in Brazil and then in the US.

2. However, the #challengeaccepted trend is now making people look up what exactly is happening in Turkey. The alleged murder of a 27-year-old university student, Pinar Gültekin, by her ‘jealous’ ex-boyfriend led to women in Turkey taking to streets and social media to protest against violence against women. The We Will Stop Femicides platform in Turkey estimates that at least 146 women have been killed in Turkey in the first half of the year with a similar motive. And according to the same platform, 474 women in Turkey were “murdered due to male violence” last year. The black-and-white photo, according to some, is a commentary on how newspapers in Turkey almost always carry a photo of a woman murdered either by her partner or ex-boyfriend or a random stranger.

3. If you are wondering what femicide is, this is how World Health Organization explains femicide: "Violence against women comprises a wide range of acts from verbal harassment and other forms of emotional abuse, to daily physical or sexual abuse. At the far end of the spectrum is femicide: the murder of a woman." In most cases, femicides are committed by current or former partners.

4. In the US, #challengeaccepted trended on the back of US Congresswoman Alexandria Ocasio-Cortez’s powerful speech in the House of Representatives, slamming Republican Ted Yoho for making sexist remarks against her. Different people are interpreting the trend in different ways. Actor Jessica Biel, for instance, while expressing solidarity with the women in Turkey, asked women in the US to “vote on the issues that affect women” in the forthcoming elections.

Pretty sure this is just a cool excuse to post pix, but I’m gonna always roll with whatever @janineshermanbarrois and @thevioletnelson ask me to do no matter what - so here goes! Challenge accepted. #womensupportingwomen [📷: the great @brigittelacombe]

5. In India, actor-producer Anushka Sharma and actors Katrina Kaif, Ananya Panday and Bhumi Pednekar have participated in the challenge. Politician Priyanka Gandhi Vadra also posted a black-and-white photograph with her daughter and mother with the caption, “Nothing can be braver, nothing can be stronger, nothing more fun than #womensupportingwomen #challengeaccepted”.