On 8 January 2019, the Supreme Court reinstated Alok Verma as the CBI director on the condition that he cannot take any major policy decision until the Central Vigilance Commission ends its investigation 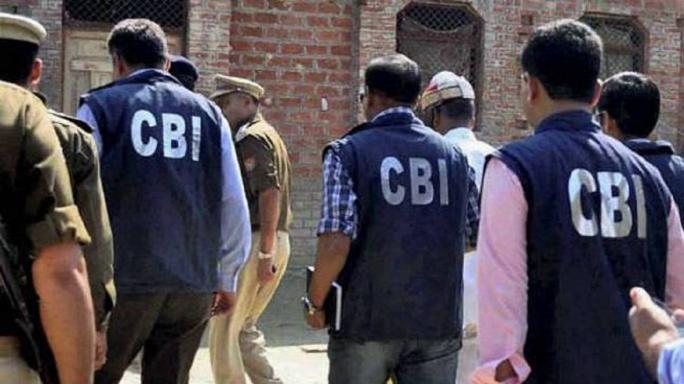 The Supreme Court (SC) on Tuesday reinstated Alok Verma as the CBI director. However, Verma, whose term was supposed to end in January 2019, cannot make any major policy decisions until the Central Vigilance Commission concludes its investigation. The court also said that only a high-powered select committee (comprising of the prime minister, the chief justice of India and the leader of the Opposition) can decide to take further action against Verma.

For the time being, this ends a long wait for a substantial resolution to the CBI vs CBI storm. On 29 November 2018, the SC had preceded over a marathon hearing over the issue of the government’s action against Verma and whether it had been a legal one. Arguing on behalf of Verma, senior advocate Fali S. Nariman said that only the Selection Committee (comprised of the Prime Minister, the Chief Justice and the Leader of the Opposition) could act against the CBI director. Other petitioners opposing the government’s decision also made similar arguments during the post-lunch session. Lawyer Kapil Sibal, representing Mallikarjun Kharge (the nominated Leader of the Opposition), insisted that the “whole purpose of making these appointments [such as that of the CBI director] independent will be lost” if the government order is not revoked. The government, however, stuck to its guns saying that Verma had not been ‘removed’ from his post. "He [Verma] continues to hold the post, including the residence and other perquisites," the Attorney General K. K. Venugopal pointed out. The SC had then adjourned the matter for further hearing.

Previously, the SC on 20 November had expressed extreme displeasure at the details of Alok Verma’s reply and the CBI DIG Manish Kumar Sinha’s petition being made public. Considering it to be a breach of confidentiality, the bench had issued a stern warning to all the parties in the case, saying that “This court is not a platform for people to come and express what they want. This is a place for adjudication of legal rights. This is not right. We intend to set it right.” Furthermore, it remarked that “Our effort to maintain the respect of this institution is not being shared by everyone.” Handing over a news report to Nariman (who is representing Verma), the bench sought his opinion about the leak, to which Nariman replied that he was also deeply disturbed by the report, before asking the court to summon the person who had edited it. Nariman further said that he was disturbed by the fact that he  had not been informed that Verma had to file his reply to the CVC report on Monday itself and said that it was ‘completely unauthorized’. Later, Justice S. K. Kaul mentioned why the court was trying to keep the reports confidential: “The main objective was to protect the CBI, it was not to embarrass anyone.” The court refused to listen to anyone else other than Nariman.

Fresh allegations had also been levelled against a Union minister of state and National Security Adviser Ajit Doval by CBI officer Manish Kumar Sinha, who petitioned the Supreme Court on Monday (19 November) against his sudden transfer to Nagpur. The officer, who was investigating the bribery charges against former CBI Special Director Rakesh Asthana, alleged that the NSA had informed Asthana about an FIR being registered against him on 17 October 2018. This reportedly came against the backdrop of Asthana’s request to the NSA that he shouldn’t be arrested. In his petition, Sinha further claimed that on 20 October Doval had asked the CBI Director to stop raids on Devender Sharma, who had worked with Asthana, citing some important messages on Sharma’s phone not relevant to the case. Sinha also said that Manoj Prasad, one of the arrested middlemen in the fiasco, had boasted that his father, a former Research and Analysis Wing (RAW) officer, was a ‘close acquaintance’ of Doval. While accusing a Union minister of state of taking ‘a few crores’ to help a businessman under investigation, Sinha also pointed fingers at the Prime Minister’s Office (PMO) claiming that he had heard an officer say that “things have been managed with PMO and everything is fine” on the same day Asthana and Verma were transferred. However, Sinha’s request for an urgent hearing in the matter was declined by the SC.

Both Rakesh Asthana and Alok Verma had moved the Supreme Court, challenging their removal. Meanwhile, the SC which heard the petitions on 26 October, had given the Central Vigilance Commission two weeks to complete its investigation into the allegations against Verma. It had also barred CBI’s interim chief V. Nageshwar Rao from taking policy decisions. Furthermore, the court had instructed the agency to submit a list of all the decisions Rao has taken since October 23, on November 12 in a sealed cover.

India’s premier investigating agency has been at the centre of controversies in the past, but the unfolding events and the face off between the CBI director Alok Verma and his deputy Rakesh Asthana has taken it to a whole new level. Both Verma and Asthana were sent on leave and had their offices sealed. Moreover, CBI’s interim chief V. Nageshwar Rao transferred around a dozen of CBI’s top officials.

The events so far in a nutshell

Lookout for this space as the events unfold.