With the new law, India’s inclusive image, built up over decades, could now be sullied, fear former diplomats 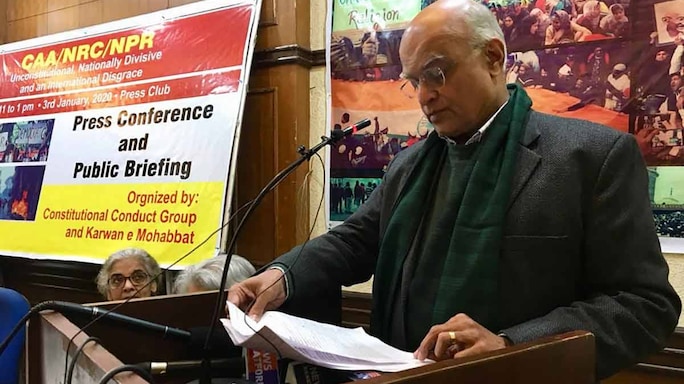 A group of former diplomats of repute said today that the Citizenship Amendment Act (CAA)  and other associated moves such as the National Register of Citizens (NRC) and the National Population Register (NPR), violated international human rights conventions. Also, India’s image as an inclusive nation, built up over decades, has been torn to pieces, according to them.

They were speaking at a press conference and public hearing organized by the Constitutional Conduct Group and Karwan e Mohabbat—both civil society groups--at Delhi’s Press Club of India on Friday, 3 January.

Mass protests in India against the CAA have been hogging the headlines globally for weeks now. The alleged atrocities against Muslims in involved in anti-CAA protests in Uttar Pradesh have also been widely reported. As have the alleged custodial torture against minors and the killing of a teenager in Bihar.

What exactly will this mean for India’s image in the world as that of an inclusive, modern democracy?

"What we have achieved is to hyphenate our (India's) image with Pakistan in a fundamental way, which is an intolerant state," said Shiv Shankar Menon, the former National Security Adviser and foreign secretary.

Noting that the global opinion of India had “shifted”, Menon said that in the wake of CAA, India’s international relations have been frayed. "What has happened is that we are increasingly isolated in the world. There has been no meaningful international support for our measures. This isolation is really increasing and the list of critical voices is quite long,” he said, citing the examples of the UN High Commissioner of Human Rights, German Chancellor Angela Merkel and others speaking out against Kashmir and the recent disturbances around CAA.

Former Indian diplomat Deb Mukharji, was also of the opinion that the law has set India on a dangerous path. He also questioned the hype of persecution of minorities in Bangladesh, where he had been India’s ambassador many years ago. "I cannot stand here and say that minorities have not suffered in Bangladesh. They certainly have, but it is a falsehood to say that there has been systematic persecution of Hindus. There have been periods and there have been ups and downs,” he said and went on to cite how Bangladesh had even hanged a very influential person for his persecution of Hindus during the 1971 war.

In fact, according to him, the CAA has resulted in spreading fear among Hindus of Bangladesh that the law could enthuse the religious organizations, such as the Jamat, to harass them.

Mukharji also warned against the NPR, which asks the respondents for the details of the origin of their parents. “The objective is to create laws that can be held as a sword of democracy over the Muslims of this country. The objective is very clear,” Mukherji said.

Nitin Desai, another former diplomat and economist, emphasized on the fact that this law was "a departure from the sense of inclusiveness, which was the foundational principle of our Constitution.”

He went on to draw parallels with Hitler’s Germany. "We are providing amnesty to refugees by religion. There will be de facto amnesty for anybody but the Muslims. In effect, what we are moving towards is what was there in Hitler’s Germany, where there was a distinction between people who were of Germanic origin and those who were not,” he said.

Do You Like This Story?
4
9
Other Stories
Please enter valid text
Must Reads
Latest Issue