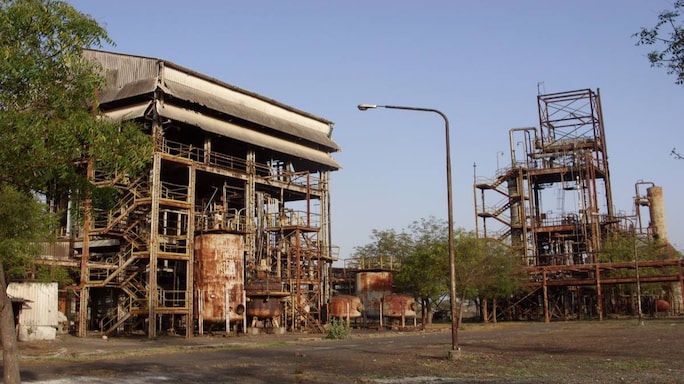 Here we take a look at some major industrial accidents that resulted in scores of deaths.

The Chasnala Mine Accident, 27 December 1975

It remains the worst mine accident in India’s history. More than 370 miners lost their lives in this accident near Dhanbad, Jharkhand. Explosions rocked the Chasnala colliery and many parts of the mine collapsed trapping hundreds of miners. Many also died due to the flooding that happened after a nearby reservoir’s water gushed into the mine. The locals claimed that more than 700 people had died in the disaster, but official atoll was 370.

Considered the world’s worst-ever industrial disaster, a gas leak in the Union Carbide’s (now Dow Chemical) pesticide plant led to sleeping people waking up in the middle of night and complaining of burning eyes and extreme discomfort. According to official figures, more than 5,000 died due the toxic gases. The impact of the leak was felt on future generations with children being born with several mental and physical disorders.

Explosions in six LPG tanks in Hindustan Petroleum’s Visakhapatnam refinery was so devastating that it killed 70 people and a dark cloud was formed over the city. The fire was put out after two days of efforts by scores of fire engines and heavy equipment brought from other refineries in the city. It was later found out that a gas leak a few months earlier in a pipeline hadn’t been repaired properly, which led to the accident.

The small industrial town of Korba in Chhattisgarh was witness to a large accident at the Bharat Aluminium Co Ltd (BALCO) facility where an under-construction chimney came down like a house of cards with more than 100 workers working in it. Nearly 50 deaths were reported at that time. An inquiry report pointed fingers at the substandard construction material.

A tank of Indian Oil Corporation (IOC) with 8,000 kilolitres of oil, in Sitapura Industrial Area near Jaipur, Rajasthan, caught fire and reports of the time say that the fire raged for almost a week. According to official reports, 12 people were killed and hundreds were injured. The explosion was so strong that it could be heard many kilometres away.

Around 50 died and an equal number of people were injured in an explosion in a fireworks manufacturing factory in Sivakasi in Tamil Nadu's Virudhunagar district. The explosion took place at Om Sakthi Fireworks in Sivakasi, which is often called the firecracker capital of India. The explosion was caused by a chemical reaction of ingredients, reports of the time said.

Ten people were killed and 40 injured after an explosion ripped through the Hindustan Petroleum Corporation Ltd. (HPCL) refinery. The explosion took place at the refinery’s under-construction cooling tower. Seventy people were inside the tower when the explosion happened.

More than 40 people were killed at the coal-fired power plant in Unchahar, Uttar Pradesh. A report pinned the blame on a boiler pipe burst at the plant owned and operated by the National Thermal Power Corporation (NTPC). More than 100 people were injured in the accident. An inquiry committee said that “gross negligence” lead to the accident.