Anne Frank: A 15-Year-Old Who Told The World What It Was Like To Live During The Holocaust

Born on this day, the little girl’s diary was a piercing account of the Holocaust and atrocities unleashed by Nazi perpetrators 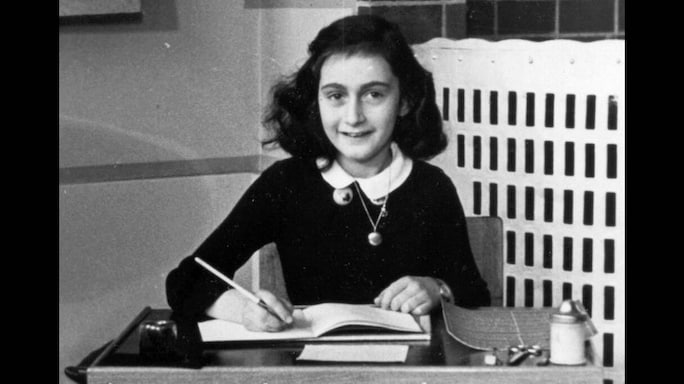 Anne Frank would have been 91 today. But she lost her life to the ruthlessness of the Bergen-Belsen Nazi concentration camp when she was just 15. Her extraordinary diary, written in hiding, is a powerful chronicle of a life diminished by abject fear and anxiety.

On her birthday, we take a look at Annelies Marie Frank or Anne Frank’s life and what it was like to live during the holocaust.

1. Anne Frank was born in the city of Frankfurt, Germany, in 1929. The Germany Anne was born into was struggling under the harsh sanctions imposed on it by the Treaty of Versailles that marked the end of World War I. This was also the time the viciously anti-Semitic National German Socialist Workers Party (Nazi Party), under the leadership of Adolf Hitler, was gaining political ground. In 1933, it became Germany’s leading political party, making Hitler the chancellor of Germany. In the fall of the same year, the Frank family fled to Amsterdam, Netherlands, where Anne Frank’s father Otto Frank founded a company, which traded in pectin.

2. On 10 May, 1940, when Nazi Germany invaded the Netherlands, the World War II was underway. With the Dutch surrendering on 15 May, 1940, the Frank family’s hopes to start over, after years of enduring anti-Semitism, came to an end. The Nazi occupation of the Netherlands brought the imposition of several anti-Jewish measures—they were required to wear a yellow Star of David, singling them out. Jews were not allowed to own businesses and were required to follow a strict curfew. The Franks were pushed into hiding when Anne Frank’s elder sister, Margot, received an official summon to report to a Nazi work camp in Germany, on 5 July, 1942. The family went into hiding in a secret attic apartment—they referred to it as the Secret Annex. To avoid discovery—which would have led to life in a concentration camp—the Franks left a false trail suggesting that they had fled to Switzerland.

3. The Frank family of four—Otto Frank, his wife Edith Hollander Frank and their two daughters—a week later, were joined in hiding by Otto Frank’s Jewish business partner Hermann van Pels, his wife Auguste and son, Peter. Otto’s employees Kleiman and Kugler, as well as Jan and MiepGies and BepVoskuijl, risked their lives to smuggle food, necessities and news to the two families. They were joined by Miep Gies’ Jewish dentist, Fritz Pfeffer, in November 1942. This little group spent two years in hiding, never once stepping out, eating meals of boiled lettuce and rotting potatoes and flushing their single toilet after 10 hours at a time for the fear of discovery—till they were discovered and seized on 4 August, 1944, by a German secret police officer accompanied by four Dutch Nazis through an anonymous phone tip. The identity of their betrayer remains unknown to this day. The Anne Frank house in Amsterdam

4. The group from the Secret Annex was sent to the Auschwitz-Birkenau concentration and extermination camp. Upon arrival at Auschwitz, around 549 people from Anne’s transport were immediately taken to the gas chambers and murdered. The Frank family escaped gassing by Zyklon B, the lethal roach fumigant, which was poured into the gas chambers.In early November 1944, Anne and Margot were transported to the Bergen-Belsen concentration camp, where they were both weakened by the dire tyranny of the camp and succumbed to the typhus fever—an infectious disease caused by lice. Only Otto Frank survived the war.

5. Anne Frank’s diary, which has made her an international figure, wasn’t an instant bestseller. First published in Dutch, on 25 June 1947, Anne Frank’s Het Achterhuis (The Secret Annex) had a small print run of 3,036 copies. This modest first step led to its publication in German and French languages in 1950. But, it was only when the German edition was published as cheaper pocket book in 1955, it became a hit. The diary’s English language success was harder to come by; Otto Frank struggled to find a publisher in the United States. It was only after 10 publishers had turned down the manuscript that Doubleday publishers acquired the rights to the book. Sales of the modest print run of 5,000, as anticipated, didn’t go well. But, an enthusiastic New York Times book review by Meyer Levin, published on 15 June 1952 turned things around. The book went into a second print run, followed in days by a third edition, which sold out in quick succession. The diary has now been published in 70 languages and continues to be widely read as a Holocaust document across the world.

6. Anne’s diary entries were addressed to imaginary characters—Kitty, Pop, Phien, Conny, Lou, Marjan, Jettje, and Emmy. She started with Jettje and Emmy, but Kitty who made her first appearance in Anne’s diary on 22 September 1942, after two months in hiding, soon shot to first place. Though Kitty became her favoured friend, Anne didn’t invent her on her own—Kitty was a character in the popular Joopter Heul series, written by Cissy van Marxveldt. Anne had started reading the books before going into hiding and finished it in the Secret Annex. 7. The success of the diary resulted in Otto Frank turning the hiding place at Prinsengracht 263 into a museum. On 3 May, 1960, the museum—The Anne Frank House—opened its doors, hoping to increase awareness about Anne’s life story and what it meant to live during the Holocaust, through discrimination and war. Her memory has often served as a reminder of both the horrors of the Holocaust and the hope for a better world—the United Nations adopted a special ‘Anne Frank Declaration’ against prejudice and bigotry in 1999, which was signed by the Secretary-General and many world leaders, including Tony Blair, Bill Clinton, and Nelson Mandela.