An Indelible Bond Of The Feline Persuasion 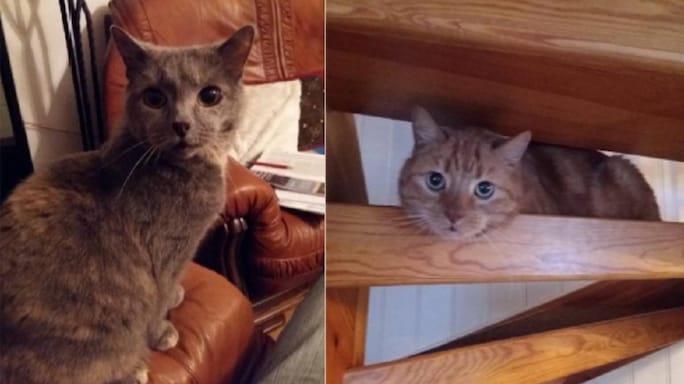 (Left:) Mercedes tries to cheer the author up; (right:) Mio wonders why the author looks so stressed out. (Photos courtesy G. Venkatesh)

I was always a dog person until I was introduced to Mercedes the tabby, and Mio and Casper, the toms. I was entrusted the challenging assignment of cat-sitting these three 10-year olds (past middle age, in cat years), for two weeks, while living and working in Karlstad University in Sweden in 2015. At first, I was a bit perturbed. From all that I had heard about cats being selfish creatures, I wondered if I would ever be able to deliver the goods. But then I remembered Hans, a kitten from Trondheim, Norway, and the close and trusting bond we had shared and that settled it.

I had been asked to stay at the cat-owners’ place for the duration of my assignment, if I so wished, and my wife thought it was a good idea. The first day, all three seemed to be suspicious of me. I fed them, disposed of their litter and got to work. Soon, however, they began to look forward to my returning, and would mew in happiness hearing the key turn in the door-lock.

As our familiarity grew, I began to playfully bid goodnight to the cats, sometimes adding aloud in Swedish that I have to wake up at 7:00 a.m. I forgot to set the alarm on most nights, but faced no problems, because at exactly 7:00 a.m.—no exaggerations here—I would hear the sounds of gentle mewing and scratching outside my bedroom door. Opening the door, I would see Casper outside, looking up at me. Once, before retiring to bed, I said aloud that I had to wake up earlier the next morning, and the scratching started at 6:40 a.m.! When they stare at you intently listening, do they really understand and remember? Get a cat and test it out.

As the fortnight of responsibility neared its end, something odd started happening. While it was just Casper who used to scratch every morning, I began to hear three sets of claws accompanied by three distinct mewing sounds. Opening the door, I found Mio, Mercedes and Casper looking up, reminding me that not only had I to wake up and get ready and go to work, but perhaps feed them. You may cynically assume they mainly wanted to be fed, but there was food in their feeding bowls from the previous night. I strongly believed that they had taken it upon themselves to make sure I was not late for work! Then, there was one evening, when I felt a bit under the weather. Sitting on the sofa, mentally worn out and physically fatigued, I stared blankly into space, when a gentle tapping on my cheek shook me out of my stupor. I found Mercedes standing on the sofa’s armrest peering into my eyes. She seemed to be asking me to cheer up, switch off for the evening and look forward to a better tomorrow.

In the evening of the penultimate and the last day, all three cats began to rush over and sit close to me on the sofa and snooze against my feet or on my lap. They knew perhaps—cats are intuitive, they say—that our time together was nearing its end and that they would not see me again. All three came over to the door, when I left the next morning with my things packed. They just stood there and mewed for a while, and as I walked around the street bend, they hopped on to the window sill watching me go. I was not their human, just a temporary caretaker, but the closeness we shared, gives me goosebumps even as I write this. Yes, taking care of animals is therapeutic, my friends. If you do not have one already, adopt one. The joy will be mutual!