Adding Up To Happiness 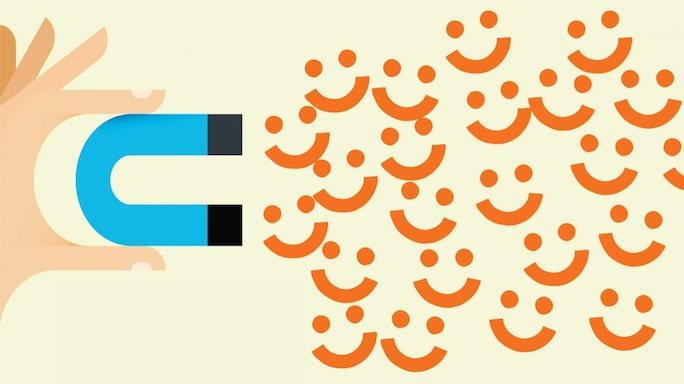 Over lunch recently, an old friend and I talked about life. She admitted that she’d been lonely since her husband died. “Yet I can’t complain,” she said. “I had a good marriage. The kids are on their own. My job isn’t exactly thrilling, but it’s secure, and I retire in 15 years. So what else is there?”What else indeed! A woman of 50—able, experienced, attractive—assuming, in effect, that her life is over. I’ve seen this often, and in much younger people—the resigned conviction that change is impossible. What many of us fail to realize is that it’s possible at any age to improve the quality of our life.

But we have to initiate the process ourselves. By taking a new job or moving to a new locale, we can propel ourselves, forcibly and excitingly, into the stream of life. It’s like pruning an overgrown tree: The result is new growth and more fruit. A widow I know sold her house and bought a van so she could travel the country showing her silverwork at craft fairs. She has made friends from Maine to Florida; she winters in the south and summers in the north and looks 10 years younger. “There’s so much I haven’t seen yet,” she said. “It’s not too late.”

It’s almost never too late to do, on some scale, what you’ve always wanted to do. The key is to move forwards, to make changes. The path many of my acquaintances have taken to greater happiness may be thought of as a kind of creative arithmetic, with additions, subtractions, multiplications and divisions. Chances are these steps will work for you, too.

Add to your life by trying something new. Remember the first-day-of- school challenge? That annual shake-up obliged you to mix, reach out, discover. Last winter, I decided to take a plumbing course. Like most girls of my generation, I had been programmed to be hopeless with tools, but very soon I found I was intrigued by vises and wrenches and the fact that I could use them.

When I consider which of my friends seem happiest, most alive, I observe they’re the ones who are constantly expanding their skills, interests and knowledge. Ronnie had never grown so much as a cactus when she was asked to tend a neighbour’s prize pink African violet. One day she found a leaf that had broken off and stuck it in water. Now she has a unique collection. 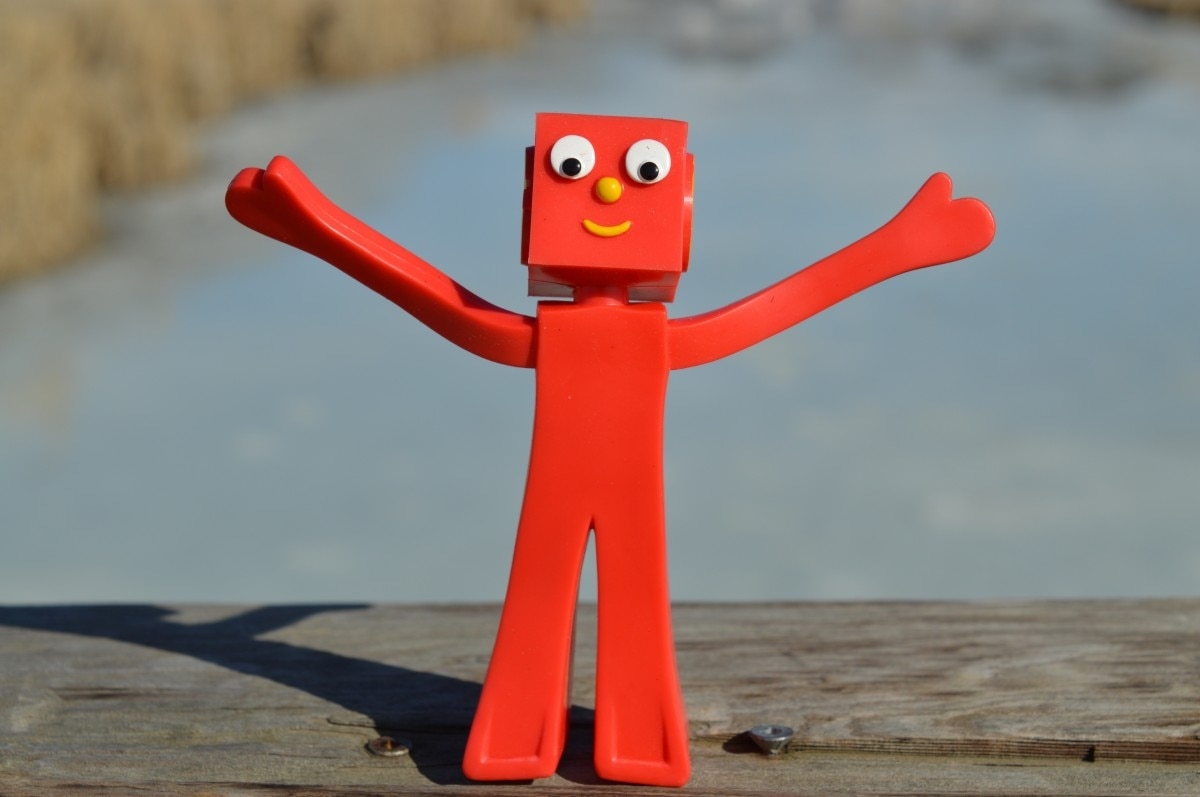 Add to your life by turning limitations into opportunities. (Picture courtesy PxHere)

Add to your life by turning limitations into opportunities. If your life has a built-in constraint, struggle against it, or use it to your advantage. When an industrial accident confined Martin to a wheelchair, he was overwhelmed by the feeling of uselessness. One day I asked if I could give his telephone number to my daughter’s teacher, in case there should be an emergency when I couldn’t be reached. Soon he was performing a similar service for other working mothers. Word got around, and now he runs an answering service. The money he earns helps pay for extras his pension wouldn’t cover. “Above all,” he says, “I’m doing something, and touching other people’s lives.”

Subtract from your life possessions that are a burden, activities that you no longer enjoy. When I was growing up, I admired my mother’s wedding china, which stood in a cupboard and was brought out only for dusting. “Someday this will be yours,” mother said. During my young married years, when I longed to entertain with style, that fine china remained in her cabinet. When it all came to me last year, I realized that at this stage of my life I don’t want possessions requiring special care. So I passed the china on to my daughter. She’s delighted; I’m relieved of a chore. Multiply your points of contact with other people. My life has been enhanced since I began trying to know people whose assumptions and lifestyles are unlike mine. For example, because I cultivate friendships with the children of friends, I have been introduced to music, poetry and ideas I otherwise would never have understood.

A woman I know ‘adopts’ grandparents. Usually she finds them through volunteer work, but sometimes she makes a direct approach. “I met Harry in the supermarket,” she told me. “He seemed to have trouble reading prices, so I offered to help. I ended up driving him home; he asked me in for tea and now we regularly shop together. My children love Harry’s stories. Harry thinks we do a lot for him, but he gives our family something priceless, a sense of the past.”

Multiply your connections with the life around you. “My wife was the social one,” Philip told me. “After she died, I was terribly lonely. Then it occurred to me that I met lots of people every day. I just hadn’t been seeing them.” He struck up a conversation about fly tying with the  hardware-store manager and discovered a shared interest; the two men have since gone on several trout-fishing expeditions.

Whether you live in a city or a village, it’s possible to find friends in the course of routine activities, just by taking an active part in the community. But you must make the special effort, whether it be to help out at a youth centre or distribute campaign literature.

Divide your responsibilities into manageable units and delegate some of those units to others. Living well is partly a matter of making wise choices and compromises. If you want more time, more freedom or simply more help, accept the fact that some things won’t be done the way you’d like. My friend Connie, who returned to her profession in middle age, arranged to share home duties with her husband on an alternating basis: Each takes total responsibility for shopping, meal preparation and laundry every other month. When I asked how things are going, Connie laughed. “His cooking runs from flavourless to terrible. But I honestly don’t mind. That month of freedom is so marvellous!”

Divide seemingly intractable problems into segments that can be tackled one at a time. Jenny left college, over her parents’ objections, to marry a musician. Two years and two children later, he vanished, leaving her with a mountain of unpaid bills. “I used to lie in bed in the mornings,” she told me, “unable to face the day.” She began to gain strength when, instead of contemplating the whole discouraging picture, she isolated priorities. Convinced that her best hope lay in completing her education, she listed things to be done, one at a time. “Sell car for money to tide us over. Find out about educational loans. Reapply to university. Find apartment in safer neighbourhood. Find good day-care centre. Write to Mom and Dad. Get in touch with creditors and arrange to pay when I can.” By the time she contacted her parents, who’d cut off communication when she married, Jenny couldn’t help but impress them with her resourcefulness. 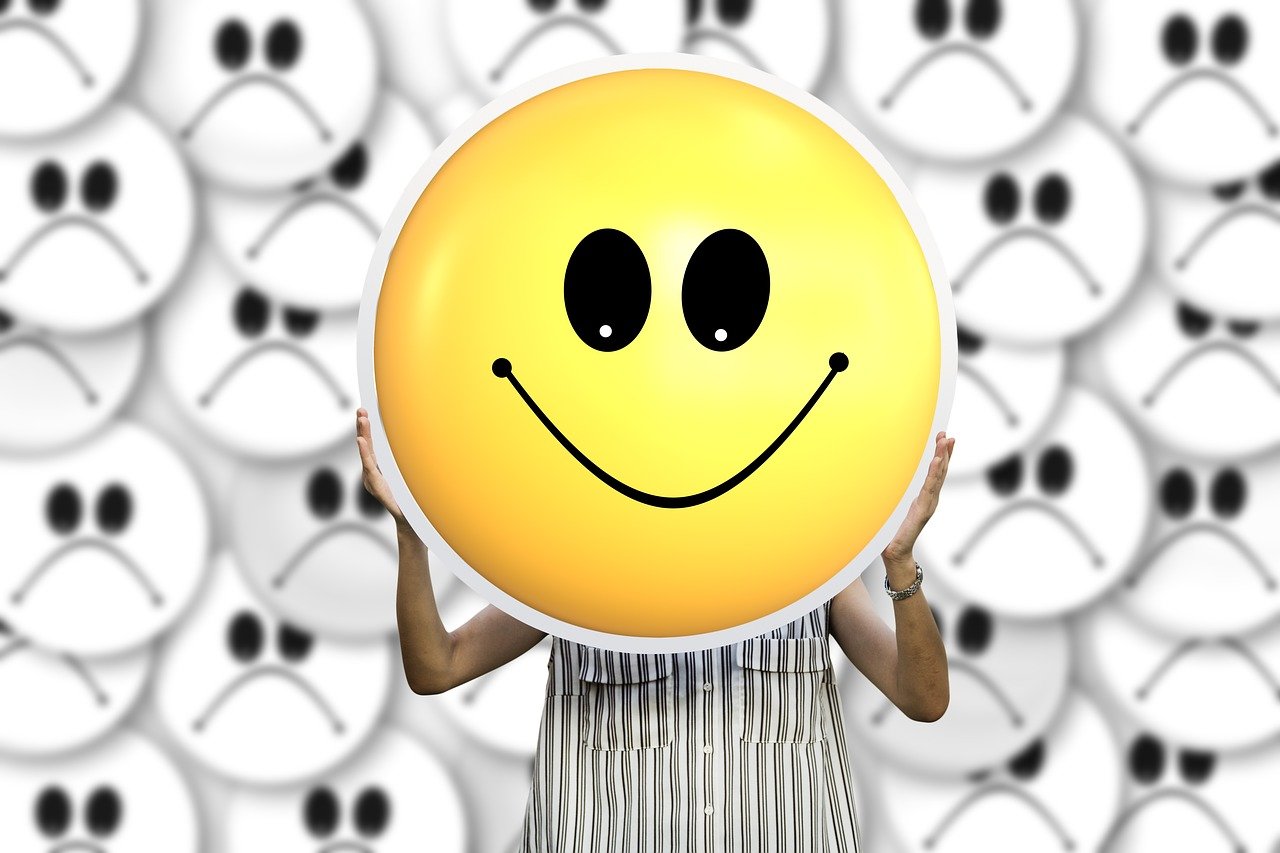 Divide seemingly intractable problems into segments that can be tackled one at a time. (Photo courtesy Pixabay)

Raise your effort level to the nth power. I used to wonder why TV advertisers repeat the same commercial so often. But of course repetition—intensification—has a special force. The principle of raising to the nth power works in all areas of life. Take home decoration. For years I’ve collected wicker. Scattered through the house, it added up to very little. Yet when I gathered every bit in one room, massing the rattan furniture and covering one wall with baskets, the impact was stunning.

In human relationships, where it matters most, intensification of effort may produce important gains—as it did for my friend Paul. He lives far from his mother’s nursing home. Though he regularly sent long, newsy letters, his mother was always querulous when he telephoned. “I was beginning to wonder if I had a son” was her usual greeting. Paul would protest he’d just written; she would insist she’d had no word for weeks. So he gave up the letters, concluding that his mother’s concentration wasn’t equal to them. Now he sends a daily greeting, very short. Sometimes it’s just a postcard, a snapshot, a note saying, “Thinking of you.” He never misses a day—and the change in his mother’s attitude has been remarkable.

Happiness is always an individual matter, and so is the path to happiness. To live better, you surely won’t pursue all the courses suggested. If your problem is inertia, boredom or loneliness, you’ll benefit most by adding or multiplying. If your days are too frenetic, you may need to subtract or divide. The most important thing, if you’re not satisfied now, is to act.

Do You Like This Story?
16
1
Other Stories
Please enter valid text
Must Reads
Latest Issue