A-Z Of Coronavirus: The Dictionary You Need During The Pandemic Season The coronavirus pandemic has thrown up many terms, new and old. Heard ‘covidiot’ or ‘quaranteen’? Worry not—this list will bring you up to speed with each of them.

Asymptomatic: This refers to a situation in which a person may be suffering from a particular condition or disease (COVID-19 these days), but exhibits no symptoms. Also called silent carriers or silent spreaders, asymptomatic people complicate the spread of a disease, making a correct diagnosis elusive.

Bleach: This simple, innocuous word assumed devilish proportions when President Donald Trump advised Americans to expose themselves to UV rays or inject disinfectants such as bleach to treat the novel coronavirus. There’s just a small problem with the suggestion: Bleach is generally used to clean hard surfaces in the house and also for doing laundry, but it is a highly corrosive material. If ingested, it can damage your lungs, stomach and oesophagus often leading to death; it also causes burns. No wonder Trump’s suggestion was panned by health experts. Responding to the backlash, he claimed that he was being “sarcastic.” 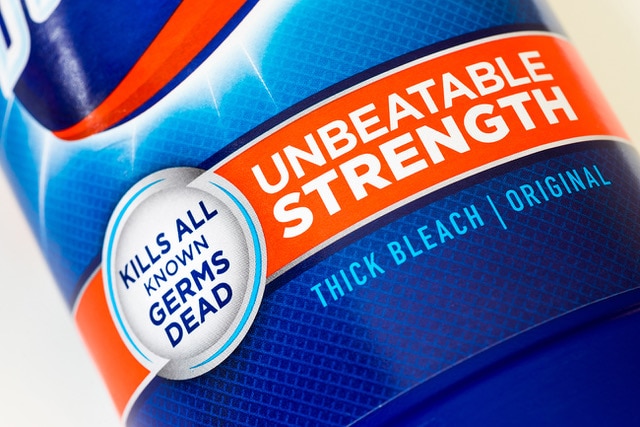 Contact tracing: People who have been in close contact with an infected person run the risk of contracting the disease themselves. The World Health Organization (WHO) believes that such people should be closely monitored after the contact happens, so that they can avail of the required treatment if things worsen and thereby prevent the disease’s spread. This process of monitoring is called contact tracing and consists of three stages: contact identification, contact listing and contact follow-up.

Covidiot: One of the many COVID-19 neologisms, covidiot refers to any person who arrogantly and stoutly refuses to follow any of the safety guidelines and precautions to be taken against the coronavirus.

Doomscrolling: Despite the depressing times brought on by coronavirus, a large number of people have started compulsively obsessing on the negative news. This tendency to scroll endlessly through piles of negativity and depressing news on the internet, without being able to tear themselves away from this information feed, has been termed doomscrolling or doomsurfing.

Epidemiology: Epidemiology refers to the branch of medicine devoted to the study of diseases (in general, not just of epidemics), their incidence, transmission and spread, and possible ways and measures to control them. Epidemiologists are in great demand during such times.

Flattening the curve: In epidemiology, the curve refers to a theoretical graphical figure, which shows the projected number of people who are likely to contract a disease over a period of time. The steeper the curve, the higher the rate of infection, the greater the strain on the healthcare system. Flattening the curve, therefore, refers to reducing the rate of infection so the health-care system is not overburdened with cases. Ultimately, even though the same number of people may be infected, flattening the curve will ensure that this happens over a longer period of time. 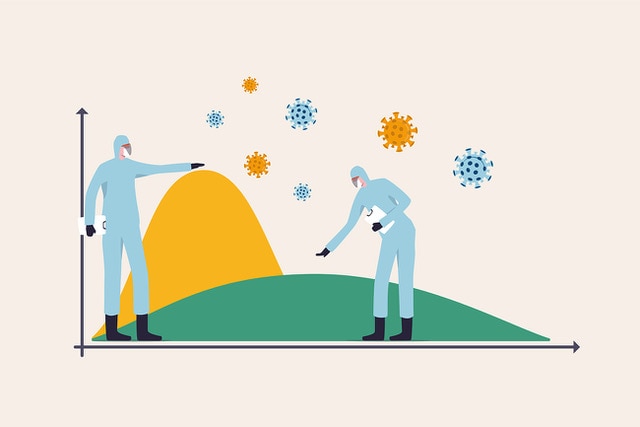 Germ theory of disease: In a nutshell, the germ theory of disease proposes that microbes called pathogens or germs cause diseases. This may seem very elementary in this day and age, but the theory, when it was postulated by scientists like Louis Pasteur and Robert Koch in the mid/late 19th century, was a groundbreaking one in Europe, which laboured, for the longest time, under the misconception that ‘miasma’ or ‘poisonous air’ led to diseases.

Herd immunity: When a large section of a population (usually 70 per cent to 90 per cent) attains a high level of immunity against an infection or disease, usually due to measures like vaccination, it ensures that the rest of the population, not immune, is also indirectly protected from the disease. This process of indirect extension of protection to those unprotected is called herd immunity. For instance, in a population of which 80 per cent are immune to a particular virus, it’s expected that four out of every five persons will not be affected even if they come across an infected person.

Incubation period: The time it takes for the symptoms of an infection to manifest after a person is first exposed to the causative agent. In the case of the novel coronavirus, it ranges from two to 14 days.

Jacinda Ardern: Jacinda Ardern became New Zealand’s Prime Minister in 2019 at 39 years of age, making her the nation’s youngest person ever to hold the post of Prime Minister. Just a year into her tenure though, she faced what is probably one of the toughest challenges for any head of the government: curbing the spread of the rampaging coronavirus pandemic. She has come up aces in this test, though, and her leadership and the efforts of her administration have ensured that till 7 May, there have been no new, officially-recorded cases of the infection in the island nation from 16 March. The official death toll also stands at 20. 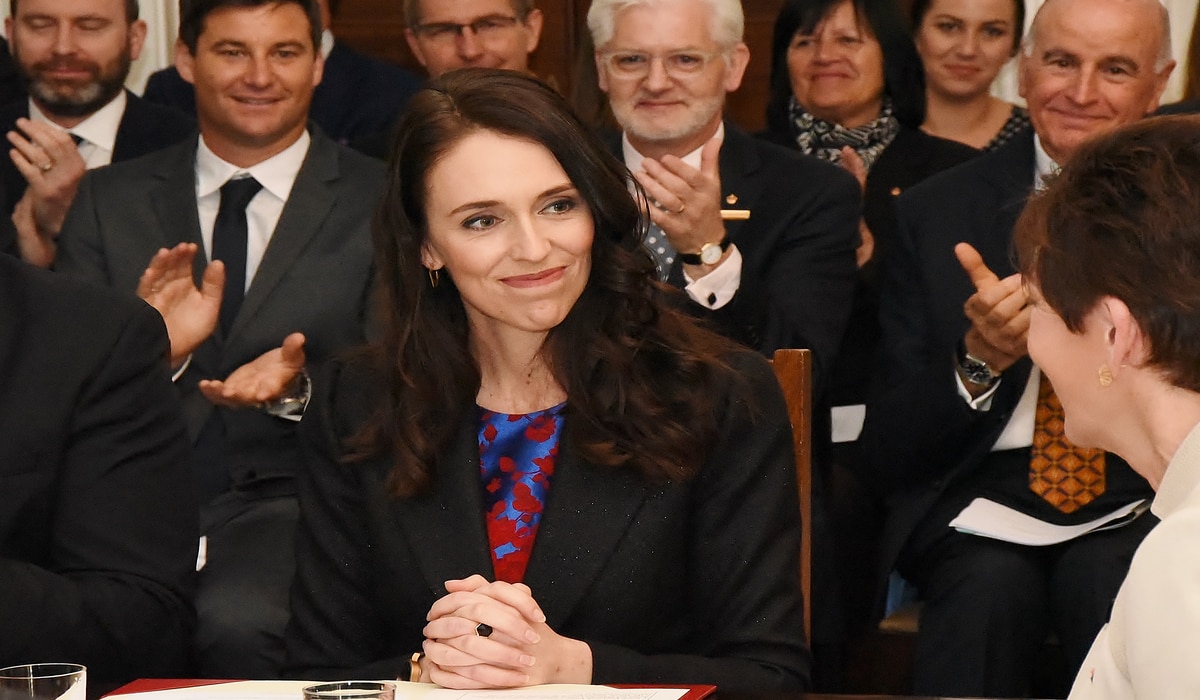 Kasaragod Model: One of the few success stories that has emerged in India’s long battle against coronavirus is this Kerala district. The Kerala government was successful in stopping the spread of the virus in Kasagod district, which once had the highest number of cases in the state. A mixture of a high level of surveillance and quick but effective quarantine strategies have arguably been the difference-makers here. To that effect, the police and the state administration adopted a three-pronged strategy:

Lockdown: Usually a protocol followed in prisons in particular circumstances, a lockdown refers to a scenario where people are prohibited from entering or leaving a particular area. Specifically speaking, the lockdown instituted in India in the wake of the coronavirus pandemic does not allow for the entry or exit of people from buildings, flats or housing societies, unless the purpose of movement is the procurement of essential commodities.

Morbidity: Morbidity brings up two aspects: (i) the fact of having a disease, and (ii) the level of disease in a particular population. Orange Zone: To tackle the coronavirus menace, India’s Union Health Ministry has divided the country into red, orange and green zones. According to the ministry, orange zones are the areas that have seen very few cases of coronavirus infection and are showing no signs of an increase or surge in the number of active cases in the area. Limited activities, such as minimal transport and farm product harvesting, are permitted in these areas.

Personal Protective Equipment: Personal protective equipment (PPE) are equipment manufactured and designed to protect their wearers against bodily damage, injuries and infections or illnesses. These include protective clothing, helmets, gloves, face shields, goggles, facemasks and/or respirators, among other items. In the wake of the coronavirus pandemic, the utility and necessity of PPE have increased manifold across the world, to the extent that governments and administrations are struggling to meet the demand for such equipment among health-care workers, doctors and nurses. Quaranteens: This COVID-19 neologism is a bit confusing as it has been used to refer to two different generations of people: (i) those born in the midst of the quarantine period, who will be teenagers in 2033-34. (ii) those born in 2007-08, who are now in their teens in the middle of this pandemic.

Remdesivir: Remdesivir, a broad-spectrum antiviral drug aimed at reducing and inhibiting the rate of replication of many viral pathogens, had previously been developed as a treatment for the Ebola virus, albeit with mixed results. This time too, it has been touted as a possible cure for SARS-CoV-2, but adverse side-effects have been noticed. Also, the results haven’t been very reassuring—while Gilead Sciences, the company that developed the drug, claimed it has seen success with the treatment, trials in China didn’t see much success in reducing its spread or severity.

Secondary infection: A secondary infection is a separate, distinct one that follows closely in the wake of a major ailment (usually during its treatment or after it). The reasons for this can be diverse: a compromised immune system, complications arising from the medication or accidents that may happen during surgical procedures. Normally, this paves the way for opportunistic pathogens to invade the body (such as some forms of pneumonia-causing pathogens) which may even prove fatal.

Super-spreaders: Super-spreaders are organisms, carriers of pathogens, that spread the infection to many more victims than others of their kind usually do. For humans, this is loosely governed by the 20/80 rule, which means that approximately one in five people can transmit the disease to far more people than the majority does. Many factors, ranging from the immunological to the environmental, are argued to be responsible for this phenomenon, and it’s impossible to know who can be a super-spreader. 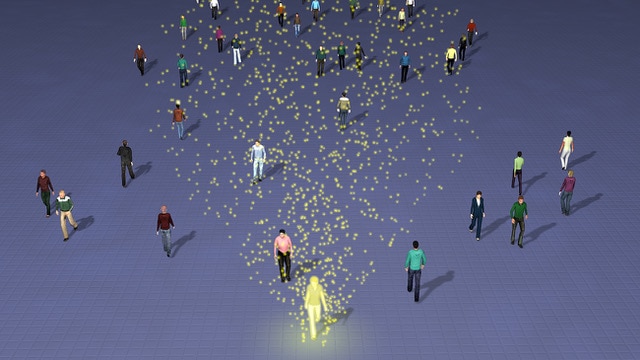 Tom Hanks: Film-star Tom Hanks was among the high-profile celebrities who contracted the SARS-CoV-2 virus. He and his wife, Rita Wilson, suffered from COVID-19 in February this year, when they were in Australia for the pre-production of an unnamed Elvis Presley-biopic, which was subsequently halted. Thankfully, they were quarantined and recovered sufficiently to return to the US. More good news: Doctors believe that both he and Rita Wilson may have developed antibodies, and therefore, both of them have donated blood for research efforts against the virus. 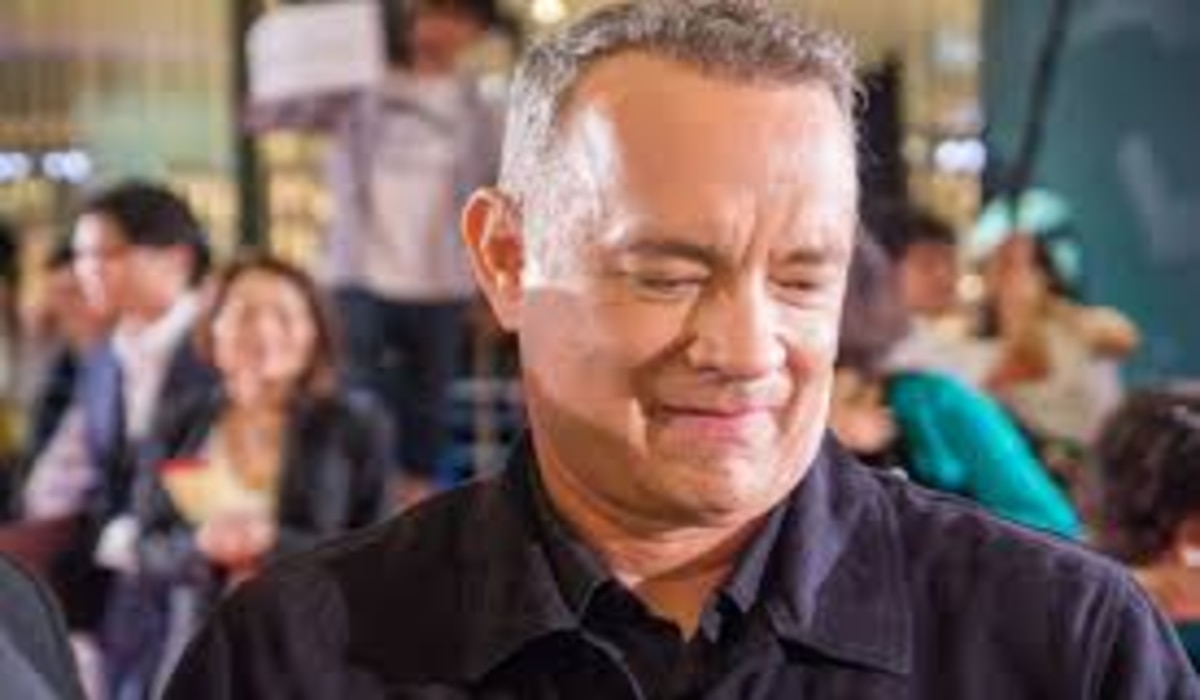 Under-reporting: A simple term with a very heinous implication, under-reporting is the intentional shielding of or failure to disclose facts, news or information fully to misguide citizens or keep them in the dark. This is a particularly favoured ploy among totalitarian regimes and dictatorships, or in nations with state-owned media where the powers that be don’t want to reveal the level and inside stories of corruption and injustice perpetrated on the populace. Most recently, at the global level, China was accused of under-reporting the number of COVID-19 cases and fatalities in their country.

Viral load: A measure of the severity of a viral infection, the viral load is a mathematical expression for the quantity of virus in a given volume of body fluid, usually blood plasma. It is expressed as the number of active virus particles, or infectious ones, per millilitre of the fluid.

Wuhan: Wuhan is the largest city in Central China and the capital of the Hubei province. In late 2019, though, it became associated, and later even became synonymous, with the COVID-19 crisis, as experts, doctors and the general populace increasingly became fixated with the possibility that the virus originated from one of its wet markets or seafood markets. The stains and allegations cast on this city by politicians and global leaders have refused to cease—the latest one being that the virus was manufactured in a lab in Wuhan. Wuhan residents line up in front of a medical store. Photo: Wikipedia Commons

Xenophobia: Along with the widespread incidence of the coronavirus, another menace has spread globally—that of xenophobia. This centuries-old fear, distrust and abuse of people and races who are considered different or inferior reared its ugly head again with unprecedented ferocity and on a massive scale. This has only complicated the global fight against the virus, as the warriors are having to deal with this toxicity too.

Yin-yang seating: Strictly speaking, as of now, this is a suggestion that is being pondered for life in a post-corona world. The ying-yang seating refers to a specific seating arrangement, mostly in flights, such that the window seats and the ones towards the corridor (in the same line) face towards one and the same direction, but the middle seats between two are all aligned in the opposite direction. The idea is to minimize the chances of bodily fluids and droplets coming in close contact with the passengers, should such a case arise.

Zoom-bombing: This is a rather convenient term which describes the unwanted intrusion of an individual in a video frame in the midst of a video call, usually on the platform Zoom. Taking from ‘photobombing’, the term has gained prominence after the global emergence and popularity of Zoom as a communication platform.

Zumping: Zumping refers to situations where individuals break up or where one dumps the other on Zoom. The term is a mashup of ‘Zoom’ and ‘dumping’.

Do You Like This Story?
35
4
Other Stories
Please enter valid text
corona updates
Must Reads
Latest Issue