A Multicultural Union That Was A 'Mismatch', Widened Its Embrace And Continues To Shine Bright

They gave our marriage a year. But it’s been 34 years of a magical ride 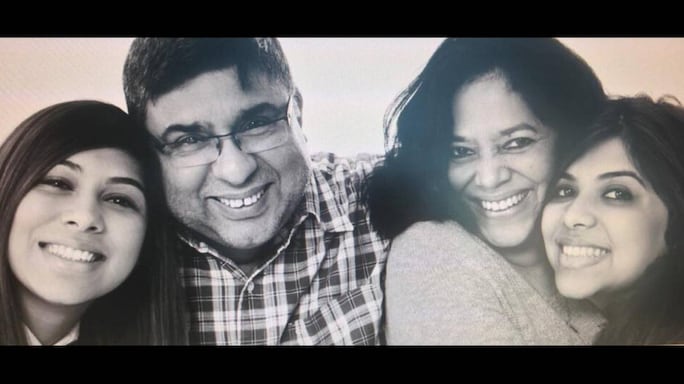 I first noticed him in 1984 within the hour of joining a new organization. Before the end of the day we were formally introduced and in a short time became good friends—moving around in the same circle, going for dinners and drinks, cheering him on when he played football and cricket. It wasn't love at first sight or anything. We just enjoyed hanging out together.

Our first date was a couple of years later when we went for a movie. We were early and sat on a doorstep next to the theatre for the gates to open, while inside the house someone played Led Zeppelin’s Stairway to Heaven. We sang along matching the song word for word.

Within a couple of months, we moved in together. He was 21 and I was 23. He was smart, sure and cocky; I was a small-town girl still in awe of the city lights. It was a bold decision in the mid-’80s. Each day was a revelation, we learnt about each other and found common interests—religious acceptance, love of travel, music, reading, and food.

We told our respective parents about our living situation—they were shocked. “Good girls don't live in sin,” my parents told me. “What will the relatives say?” Param’s parents asked him. Param's father was a brigadier in the army—too much at stake, if word got out.

While still basking in our new-found love we had regular visits from cops and local boys, who threatened us and beat Param up judging us for our living arrangements. But, we stuck together.

After a couple of years, we decided to marry—I was ready to be a mother. It was time to meet the parents—a disaster. My parents found Param aggressive and he didn't fit the Bengali mould. He addressed my parents as Mr & Mrs Begg (and does so even today) not the usual ‘Ma-Abba’ or even ‘Aunty-Uncle’.

Param's parents said I was all wrong—older than their son; different religious background (half Muslim, half Hindu, Param's Sikh), I was financially independent, and my parents were middle-class professionals—so different in every respect. They gave the marriage a year. 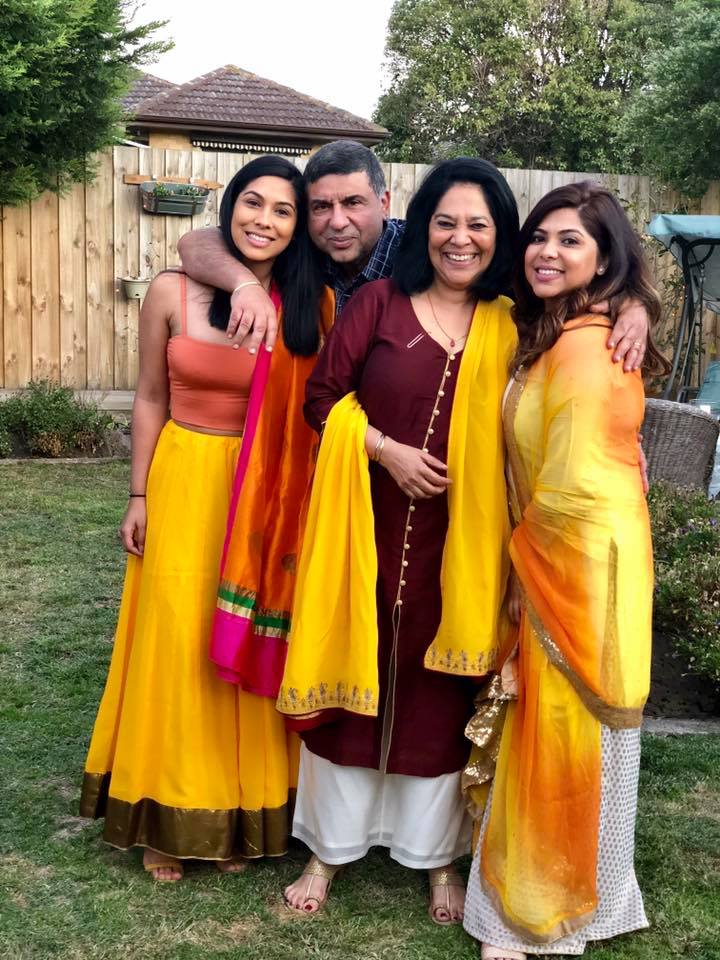 On our wedding day, we both worked until 2 p.m. and spent ₹1.25 for the registration—Param thought it was too expensive. We were back at work the next day, with no question of a honeymoon.

Within a year my elder daughter was born, and we discovered nothing had prepared us for parenthood. We were young and trying to make ends meet. Five years later, my younger daughter came along. Life was good—we were doing well professionally, bought our first home, our daughters went to good schools, we went on holidays, and our home was the venue for pan-Indian celebrations—Eid, Lakshmi puja, Gurpurab, Diwali and Christmas.

Then in 2004 we decided to move to Melbourne—our fate decided by the toss of a coin. I remember being very excited when I landed in Melbourne and got into the car. It was 10.30 at night and the radio played Led Zep’s Stairway to Heaven. Was it a sign?

In all our years of travelling overseas we didn't realize how tough life in a foreign land can be. It was like starting over again in our 40s—with no friends, relatives, or jobs. Sixteen years later, I can truly say I'm happy we moved. Param and I are now boring parents—reminiscing about our younger days and still listening to Stairway to Heaven. Our gorgeous, sensitive girls are well-settled, with good careers, their own homes and partners—a Pakistani and a Britisher. Today we revel in family get-togethers that are even more multicultural, as we have embraced the world wider—celebrating Eid, Pujo, Christmas and Diwali with equal fervour. What else could you ask for?

Param and I have been together for 34 years—34 years of ups and downs, fights and make ups, sadness and laughter, and our two beautiful girls. All because two people, from two different universes, fell in love.

Do You Like This Story?
35
0
Other Stories
Please enter valid text
Must Reads
Latest Issue