A Journey Of The Heart

The writer makes a pilgrimage to Hazratpur, her childhood home, and finds a rare gift 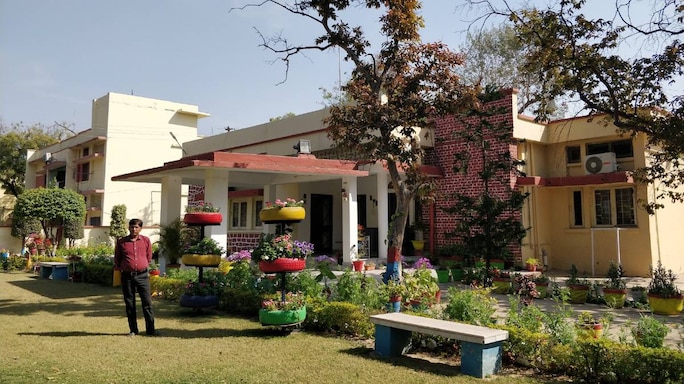 I was just seven, when I lost my Appa (dad), a strapping young man, to a massive heart attack when he was barely 40, changing our lives forever. From his humble beginnings in the small South Indian town of Salem, he had risen, spurred by his ambition, to get a degree in engineering and travel across the globe.

Then Appa was entrusted to set up a factory for air-dried meat meant for soldiers of the Indian army. We lived in the rustic colony that came up around the Ordnance factory in Hazratpur, about 30 km from Agra, with nilgai deer in our backyard, rabbits wandering in our vegetable garden and local streams rife with trout.

I ran around the colony with my friends, found treasures like speckled eggs in bird’s nests, climbed trees, played hide and seek, and came home only when hungry. For eight months, until I joined a convent in Agra, I was home-tutored. A lot of my creativity and imagination, I attribute to those beautiful days, spent without rigid rules, living close to nature.

Then, almost half a century later, I was invited to Agra, as a travel journalist. I used the opportunity to visit the place where Appa had passed away. By now, my mum, who had brought up three children single-handedly, was also gone. I did some research and wrote an email to the factory and was pleasantly surprised to get an invitation from the general manager to visit them.

Arriving at the factory gates, it was as if nothing had changed. Nestled inside a dense forest, the old government buildings, painted cream and red, stood resilient against the ravages of time. The factory now made army uniforms and parachutes, instead of frozen meat.

I walked past the recreational club, where Appa used to play a game of bridge every evening, the community centre, where I danced on stage for the first time, and the sprawling house where I grew up, now the general manager’s home. I laid a small garland on my dad’s stone memorial, where his ashes had been spread. I said a few words in prayer, asking for guidance and blessings for my children and siblings. 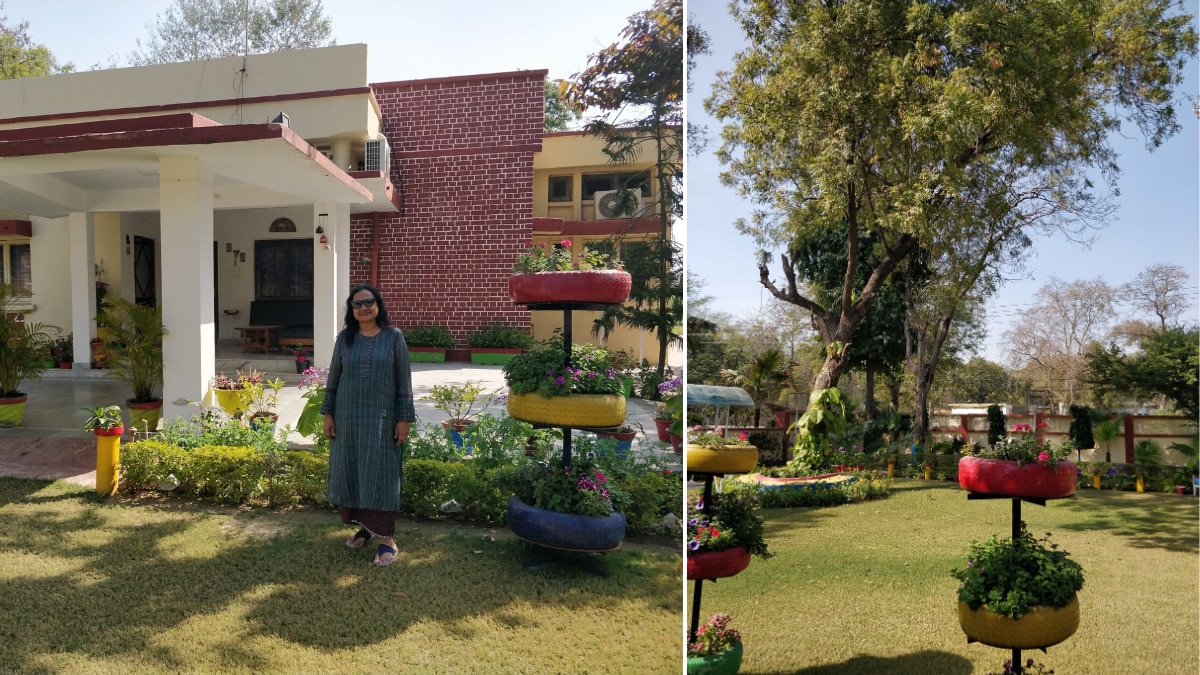 (Left:) The author in front of her childhood home in Hazratpur; (right:) the garden in the house (Photos courtesy Kalpana Sunder)

As I strolled about, a stocky man on a motorcycle appeared, saluting me and introducing himself. He was Babloo, the son of our old cook John, who served us 50 years ago, whipping up delicacies, and teaching my South Indian mother the nuances of North Indian cooking. John had passed away, but Babloo still remembered everything.

Finally, it was time to visit my childhood home. The gracious wife of the GM, showed me around, as I recalled every detail. Very little had changed⁠—the kitchen was modern now with sleek counters and contraptions, the floors were polished and the backyard had a grille to secure the house from marauding monkeys. For me, there were memories in every nook and cranny: A small room where my mother prayed every morning, the bael tree in our backyard, the front garden in bloom, which had a treehouse built by my dad.

What’s the point of such journeys of the heart, you may ask. Reconnecting with a part of my past that made me who I am today brought me immense satisfaction and closure. Call it sentimental nonsense, but there you are. All I know is that I am going to send Babloo John a small gift to thank him for coming to see me. I also want to request the factory to allow a plaque on Appa’s memorial, and perhaps a small garden around it.

I will probably visit Hazratpur again, because it allows me to time travel, to an age of innocence, and build a real connection to my Appa, who has been gone for years, but who I miss every day.

Do You Like This Story?
30
0
Other Stories
Please enter valid text
Must Reads
Latest Issue