9 Things to Know About Pink-Ball Cricket

Is the pink ball here to stay? 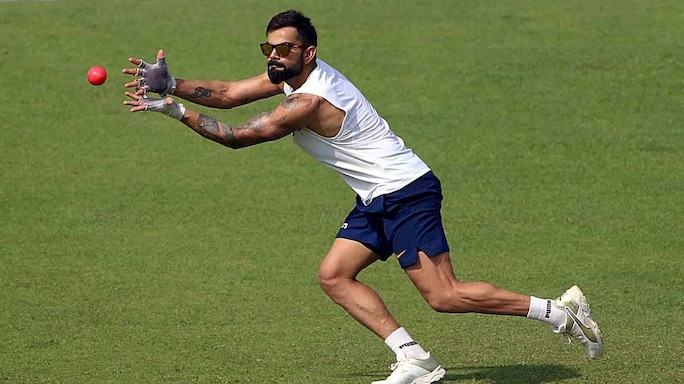 Traditionalists may scoff, but with the increase in the frequency of day-night Test matches and pink balls being used in all of them, the days of the red leather ball, which has been synonymous with Test cricket for nearly 150 years, may be numbered. But how good or bad is the pink ball?

Cricket administrators argue that the fluorescent pink ball allows players and spectators to clearly see the ball under both natural and artificial light. With dwindling crowds in stadiums around the world, Test cricket is not exactly in the pink of health. And the future may lie in playing day-night Test matches. But is the pink ball the right way forward?

India takes on Bangladesh in a historic match starting 22 November at the Eden Gardens stadium in Kolkata. This will be for the first time that both the teams will play a day-night Test match and with a pink ball.

Here are nine things you should know about the debate surrounding pink ball cricket.

2. Cricket legend Rahul Dravid gave the pink ball a thumbs-up way back in 2011. Delivering the 2011 'Don Bradman Oration’ and speaking of a day-night first-class game, involving the pink ball, he had played in 2010 in Abu Dhabi, he noted, “My experience from that was that day-night Tests is an idea seriously worth exploring. There may be some challenges in places where there is dew but the visibility and durability of the pink cricket ball was not an issue.”

3. In a survey conducted by the Australia Cricketers Association (ACA) of cricketers who had participated in the Sheffield Shield matches involving pink balls in 2013, only 11 per cent of players rated the using of the pink ball a success and just around 24 per cent felt it provided a fair contest between bat and ball. An overwhelming majority of players believed said that the ball wasn't yet ready for Test cricket. "They’ve told us that it went soft very quickly, didn't swing, didn't seam and didn't reverse swing,” said Paul Marsh, ACA’s chief executive in 2014.

4. Research on the colour has been an ongoing process with manufacturers trying to allay the fears of players. After the ACA survey, and some reservations by South African players before their tour to Australia in late 2016 changes were made to the colour of the ball.

5. According to Derek Henry Arnold of The University of Queensland, who conducted a study of some Sheffield Shield matches in Australia, around sunset, players and umpires “may have trouble judging the ball's speed, seeing it as slower than it actually is as it moves against the sky, pitch and field.” He goes on to add, "Cricket is a great game but it can be dangerous so anything that can reduce the potential risk to players in the game should be considered."

6. The Yorkshire Cricket County Club in October 2017 said that the Edgbaston Test between England and West Indies in August 2017, in which the pink ball was used, caused problems. Spectators with colour blindness found it difficult to spot the ball and with play going on well into the evening, many spectators left early.

7. The governing body of English cricket was accused of discriminating against colour-blind people after a day-night Test match in 2017. Colour Blind Awareness, a UK-based organization, wrote to the England and Wales Cricket Board (ECB) demanding it review the use of the ball. It said that it was very difficult to spot for people with colour blindness.

8. Matthew Wade, the current Aussie wicket-keeper is, in fact, colour blind. He has admitted that he faced problems with the ball. He was quoted as saying, “I can see the colour of the ball, I pick it up. It's just at times it takes a little bit longer to work out the depth of where it's coming.” Another colour-blind cricketer, Gary Ballance, who plays for Yorkshire County.

9. A study of pink, red and white balls by the University of Bath, United Kingdom, claims that "the aerodynamic performance is qualitatively similar" to the red balls. The same study that was published this year also found that differences in the manufacturing technique and the lacquer used for the red and pink balls may have been different, which resulted in slightly slower speed of the pink balls, but "no conclusive evidence has been found indicating differences other than the colour,” the study noted.

Players have concerns, though. Just a day before the start of the first ever day-night Test match with a pink ball, India captain, Virat Kohli had this to say about the ball: "The fielding session with the pink ball was the biggest challenge. People will be surprised how difficult fielding can be with the pink ball. The ball definitely felt heavier. I'm sure there won't be any difference in weight but somehow it felt heavier. While taking slip catches the ball really hit the hands hard. Even while throwing from the boundary, the fielders felt they needed to put extra effort.”

The debate surrounding the pink ball is unlikely to end any time soon.

Do You Like This Story?
2
2
Other Stories
Please enter valid text
Must Reads
Latest Issue