6 Risks Exit Pollsters Take Before Sticking Their Necks Out 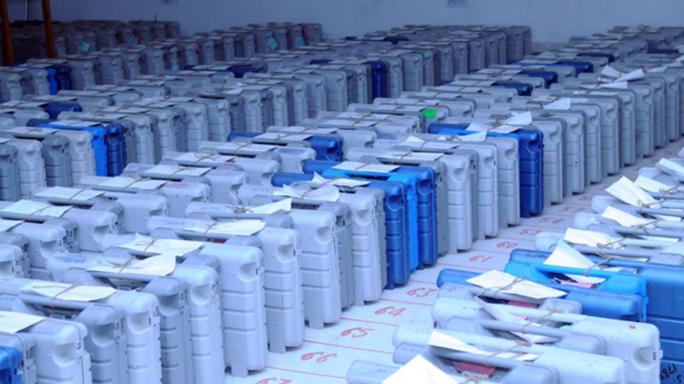 Sunday evening’s exit poll results left no one unmoved: The Opposition cried foul, while the ruling coalition was ecstatic.

Dr Prannoy Roy, one of India’s foremost psephologists candidly admitted to RD, before the elections, of being extremely nervous about predicting poll outcomes. Many others would secretly admit to this—after all, the verdict on their performance can be swift and brutal. The key pollsters of 2019 sound confident, and have been bold in their predictions. "I am fully confident of our methods and our projections,” says Pradeep Gupta, founder, Axis My India, who has conducted the post-poll and exit poll survey for the India Today Group for the recently concluded general elections. “Our figures are based on a transparent, face-to-face meeting with voters across all the constituencies and a rigorous analysis of the data,” he adds.

The India Today-Axis My India post-poll survey has predicted 339-365 Lok Sabha seats for the ruling NDA led by Narendra Modi.

Yet it is not easy to predict election results in a multi-party democracy like India. No wonder pollsters often insert caveats, such as keeping the 'margin of error' high, to fend off any possible counting-day reversals. There are certain home truths and secrets that the exit pollsters do not share on the ways they could go wrong. Here are six factors that make exit pollsters wary.

Exit polls, as the name suggests, is a poll of voters coming out of the booths after casting their votes. (The India Today-Axis My India post-poll survey was done a day after the voting during the first six phases of the general elections and it was an exit poll after the last phase of the election). When exit pollsters approach voters, it is hard to imagine that they would get every detail of their demographic. Normally, pollsters don’t reveal if they ask the caste or the religion of the people participating in their exit polls. The question is: How do they arrive at a conclusion on how different caste and religious groups have voted in a particular constituency? This is true especially in constituencies that are said to vote largely along caste and religious lines in multi-cornered contests. It is possible, then, that they go by the electoral roll data for the constituency and the choice of the people in their polled surveys and then apply their computer-modelling methods to arrive at a conclusion. “Experienced pollsters know that this is a risk.The demographic spread of a constituency or constituencies are taken into account while arriving at a figure,” says Mahadev Prakash, Bengaluru-based political analyst and pollster.

Voters in India are notoriously reticent when it comes to revealing their choice. They smile a big smile but don’t reveal much. This is especially true in semi-urban and rural India where it is hard for the electorate to trust city folk dressed in Western clothing. Voters often fear consequences from the dominant political groups. In some cases they may simply lie to the pollsters and go with, what they think is, the dominant party, while expressing their “choice” to a pollster. This could skew the results as the exit pollsters extrapolate the surveyed data and come to a conclusion on the constituency and the adjoining constituencies. “We know that some voters can hold back. That is a possibility, hence our data collectors are trained well enough to get a sense of what the they are actually thinking by asking them various questions, repeatedly,” Gupta says.

3. People who refuse to participate 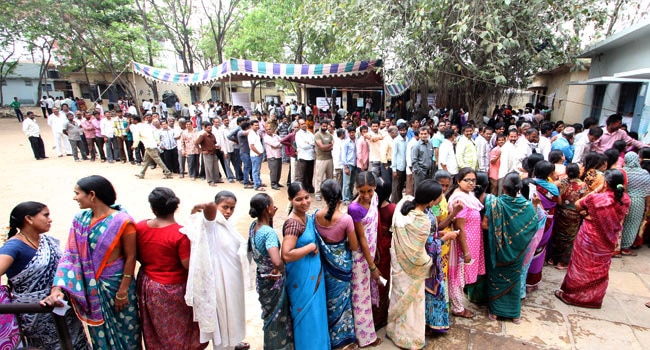 Voters line up for casting their votes (Image courtesy PIB)

4. Elections in phases: Changing election issues Since 2019 was a seven-phase election, with some states going to the polls in all the seven phases, spread over almost two months, the issues that were relevant in phase one may no longer be so in the fifth or the sixth phase. Political parties too have shifted their messaging in the course of these weeks. For example, the destruction of the Ishwar Chandra Vidyasagar statue in Kolkata became a contentious topic during the last phase in West Bengal. This may have influenced the sentiment of the voters in a significant way. The pollsters who may have extrapolated from the voting patterns based on the previous phases or on the last phase could find themselves on the wrong foot arriving at a larger statewide figure.

Exit pollsters don't like being reminded of their past. But it is a fact that in the three elections between 1999 and 2009, exit polls in India overestimated the prowess of the BJP and gave it more seats than they actually won. But in 2014, most pollsters underestimated the Modi juggernaut and were stunned by his performance. They got away claiming that their general direction was correct. But this does not mean that they got the final tally right. Voter turnout is another elephant in the room. Nobody knows,for sure, who benefits in the event of a higher turnout or lower turnout. This election has seen voter percentage dip in some large states, while it went up in some others. Most pollsters don't take the voting percentages into account while arriving at their figures. But Gupta says that his team tracks it closely. “It is an important indication of how people are self-motivated to go out and vote and we take this into account.” This also has a bearing on the final result.

This is one thing that the exit pollsters reveal at the outset. It is, in fact, their most attractive selling point. A large sample size can be impressive, but it is not always true that if the number of people participating in the survey are greater, the accuracy improves. In fact, many pollsters warn against a large sample size as it could lead to data analysts coming to a But no matter how large the size is, extrapolation is fraught with risks.The risk of extrapolating these numbers can be gauged from the fact that Delhi's North East Lok Sabha constituency alone has nearly 23 lakh voters comprising people from various religious and caste groups from different strata of society. No matter how large the sample size of the people polled, the number remains a fraction of the total electorate and therein lies the biggest problem for the pollsters. “It is indeed a fact that we extrapolate from a small number. But we follow a time-tested method of looking at a seat from every angle while arriving at the final figure.This is the basis for our confidence,” says Gupta.

All of this can be truly tested only when the voting machines are unlocked on May 23.