20 Terms You Need To Know To Decode The Indian Elections

As the Lok Sabha elections conclude, here's a list of terms you need to know to make sense of electoral politics 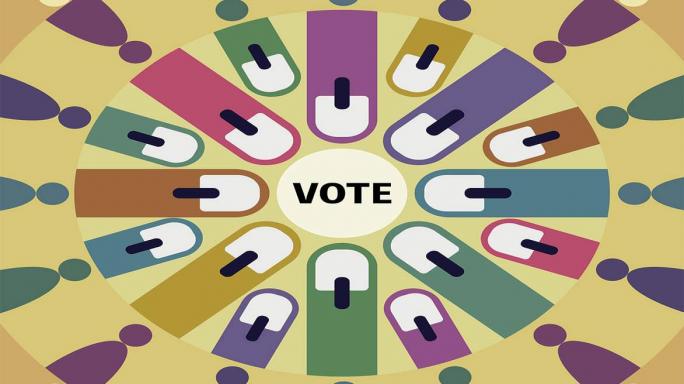 The first-past-the-post (FPTP) system is a simple majority voting system, whereby the candidate securing the maximum number of votes in a constituency is declared the winner. Though a relatively simple voting system, it fails to provide a truly representative mandate: It is possible to win an election, without winning a majority of votes, which goes against the democratic principle of majority rule. This system is used in India to elect members to the Lok Sabha and state legislative assemblies.

This is a statistical measure of the movement of voter support for or against a party on a national or constituency level between two elections. It is an indication of trends that affect voting behaviour. A one per cent swing in votes in favour of one party reduces the opposing vote by the same percentage.

Reportedly used for the first time in the early 1970s, it refers to a situation where those in power secure control over government-owned agencies and institutions, harnessing them to serve personal and political gains. When state capture is entrenched, political competition is undermined and elections and other institutions are reduced to mere facades propped up to bolster the legitimacy of the ruling government.

Introduced in India in 2013, as a response to the clamour against the electronic voting machines (EVM), a paper trail or voter-verified paper audit trail (VVPAT) is the physical proof of the action of casting a digital vote. Every EVM comes attached with a VVPAT machine—a printer—which is sealed, whereby every vote cast is recorded on a slip of paper, which falls into a sealed container at the base of the VVPAT machine. This paper trail serves as a second line of verification, where the voter can confirm if their vote has been correctly allotted.

Taking its name from the eponymous dog whistle, which is audible only to dogs, this is the insidious craft of delivering ‘coded’ messages that may seem innocuous to the mainstream, but which take on a completely different meaning when heard by the people for whom the message is intended.

A trendsetter as far as voting patterns are concerned, a bellwether constituency is one that keeps electing a candidate or a party which goes on to win the election and forms a government, over a sustained period of time.

Election silence is the ban on all forms of political campaigning just before polling begins. The intention is to give the voters time to consider their choice carefully and peacefully before they cast their ballots. Section 126 in The Representation of the People Act, 1951, mandates a minimum of 48 hours of election silence in India for this purpose. This was introduced in 2003, wherein a ‘classified service voter’—an armed or paramilitary personnel residing outside their state, government officials posted outside the country—was allowed to nominate a resident in the same constituency as a proxy, to cast a vote on his behalf, in his absence.

This is a feature of the parliamentary system. It is instituted after the dissolution of the lower house of the parliament or the state legislative assembly, owing to either a no-confidence motion or for the purposes of holding an election. A caretaker government operates in the interim period till the new government is in office. It is a convention rather than a constitutional rule.

An electoral system in which the distribution of seats in the legislature is determined by the number of votes each party gets. In a perfectly proportional representation, an outfit getting 50 per cent of the votes would also be gaining 50 per cent of the total number of seats. This is in sharp contrast to the first-past-the-post-system, where a candidate getting the most number of votes takes it all, even though a greater percentage of voters may not have opted for him at all.

A whip is an ‘enforcer’ who oversees the discipline and behaviour of party members to ensure that they toe the party’s line, especially when it comes to voting. The term also lends itself to the directive issued by a party asking its members to honour and abide by its decisions.

Tactical voting, or strategic voting, is the act of voting for a party or person other than your preference to prevent someone else from coming to power, thereby stopping an undesirable outcome.

The Model Code of Conduct is an exhaustive set of guidelines issued by the Election Commission of India which aims at governing and regulating the conduct of parties and candidates (especially concerning meetings, processions, activities on polling days, etc.) in the run-up to the elections and the polling day to ensure free and fair elections.

Appointed by the Election Commission of India (ECI), election observers are officers who are tasked with observing the electoral process closely, to ensure that electoral rules (related to polling processes as well as counting) aren’t flouted. They visit polling booths (one or more) on the polling day. In case discrepancies are noted, the observers can keep a record of it or even stop the counting, but not directly act against the same, as that authority lies with the ECI. Some observers also tour the constituency before the onset of a poll, taking account of all polling-related activities.

According to political analyst and academic Yogendra Yadav, sitting-getting is the tendency of parties to renominate existing (incumbent) candidates instead of throwing fresh faces in the fray. The reasons for this preference aren’t exactly clear.