What Genetics Tells Us About The Evolution Of Indian Society

India’s history has been dynamic, as full of energy and full of contention as any lively society’s history would be – and this, despite the dead weight of casteism that we have carried for two millennia. 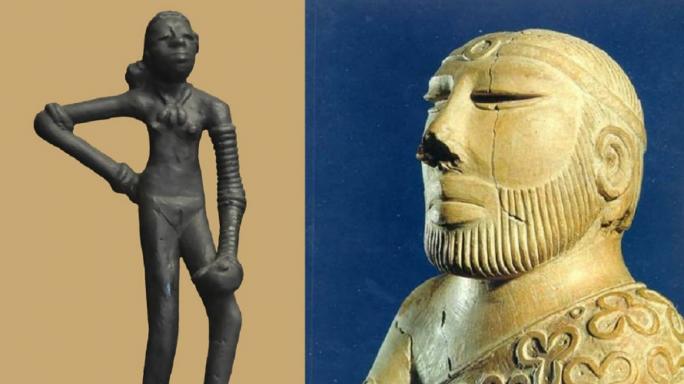 There was a huge social cost to the new social construct [from the second century CE], as indicated by genetics, again, as David Reich explains it in Who We Are and How We Got Here:

“People tend to think India with its more than 1.3 billion people as having a tremendously large population, and indeed many Indians as well as foreigners see it this way. But genetically, this is an incorrect way to view the situation. The Han Chinese are truly a large population. They have been mixing freely for thousands of years. In contrast, there are few if any Indian groups that are demographically very large, and the degree of genetic differentiation among Indian jati groups living side by side in the same village is typically two or three times higher than the genetic differentiation between northern and southern Europeans. The truth is that India is composed of a large number of small populations.”

In essence, the social structure that was imposed in the second century CE has cut the country into ‘tukde, tukde’ (pieces), to use the vocabulary of television news channel discussions in 2018. When you divide up a people like that, a society’s ability to maximize the potential of its individuals is severely affected and, equally importantly, fellow feeling even among people who live in the same locality is dampened, thus aborting the possibility of common actions that would benefit everyone. To what extent this has hampered India, as a nation, is perhaps a question that only sociologists will be able to answer, hopefully quantitatively, some day.

What we know now is that this was not inevitable. This was not the direction in which India was heading till around 100 CE when we seem to have halted suddenly, and turned back on an issue of crucial social importance. It would be wrong to think, though, that the ideological confrontation between what Aryavarta represented—or perhaps what an elite group within it represented and preferred—and what Magadha or eastern India represented and practised came to an abrupt halt. Buddhism kept going for centuries after its defeat in the land of its birth, though its position grew weaker and weaker.

That some of these battles were still being fought seven centuries after the arrival of the caste system in 100 CE we know from the work of Adi Shankara who took on the philosophies of Buddhism and Jainism. We also know this from archaeological and literary sources that have recorded continuing disputation, both intellectual and physical, and from theological movements like Bhakti that gave voice to the voiceless. That Bhimrao Ambedkar chose Buddhism for himself and his followers when he wanted to challenge still existing inequities in the 20th century shows how the historical threads of a difference of opinion on the way a society ought to be constructed have continued to this day. In this sense, the spectacular ideological confrontation between Mohandas Karamchand Gandhi and Bhimrao Ambedkar too can be seen as a contest between the best of the philosophy of life and society that the conservative Aryavarta had to offer and the best of the rationality and progressivism that Magadha had to offer. 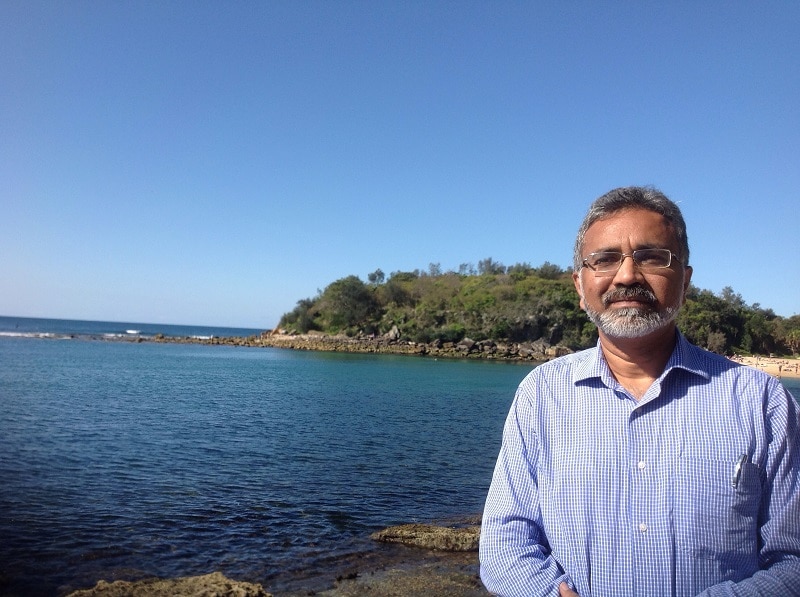 To quote the historian Romila Thapar:

“When we assess our cultural heritage, we often tend to forget or we downplay the fact that rationality and scepticism were very much a part of early Indian thought. This was not limited to the Charvaka/Lokayata thinkers but is also clear from some other schools of philosophy, as indeed it is noticeable in Buddhist and Jain thought. We have inherited a tradition of questioning, which was not limited to philosophical thought but is apparent in popular literature as well. It would be as well to nurture that tradition.”

What the gene story tells us is that there are good reasons behind the patterns we see on India’s sociological map and for the differing answers given to common questions of our civilization, including what to eat and what not to eat. To try to erase these differences and patterns to create a monoculture would be a typically un-Indian enterprise, prone to mishaps and doomed to failure.

One reason for the continuing and doomed attempt to force-fit an artificial uniformity on Indian culture is the way our history is written, often with justification. Until now, it made sense for history books to begin at that point in time when records became available and to ignore the earlier parts or, at most, dismiss them in a few paragraphs or pages. In India, this meant that everyone began to consider the beginning of our history to be around 4,500 years ago, when the Harappan Civilization reached its mature stage, or perhaps when the Vedas were composed centuries later (with a lot many people wrongly conflating these two events). This was understandable because until recently there was no easy way of confirming what went on in prehistory and all that anyone could do was make intelligent guesses. But this is rapidly changing, in India and elsewhere, thanks to ancient DNA. As more and more of it is accessed and analyzed all across Eurasia, we are gaining a more granular understanding of our own prehistory and the time has come to begin writing our history from where it should begin—with the arrival of modern humans in India some 65,000 years ago. History, if it is to be undistorted and connected with the people of the country, should be built the right side up: starting with the base, the foundation of our population today, the First Indians.

This shouldn’t be difficult. The genius of our civilization, during its best periods, has been inclusion, not exclusion. The Harappan Civilization was built by a population with the shared ancestry of First Indians and the early agriculturists of the Zagros region in Iran. When Buddhist missionaries first carried India’s cultural ethos beyond its borders to China, south-east Asia and central Asia, it was driven by a missionary zeal that was global and all-encompassing, without discrimination of caste, creed or race. It drew its principles and practices from all parts of India’s previous history including that of the ‘Aryans’, even while challenging rituals, sacrificial practices and ideas of hierarchy. It was, therefore, natural that Buddhism became the first philosophy in the world that felt the burning desire to share its insights and message of compassion with all humans, without regard for man-made or natural borders. That the Buddha’s message still flourishes, with 488 million adherents around the world trying to live up to the principles he enunciated, is testimony to the global appeal of a uniquely Indian philosophy, rooted in the same soil from which the Upanishads grew and drawing sustenance from the same impulses. 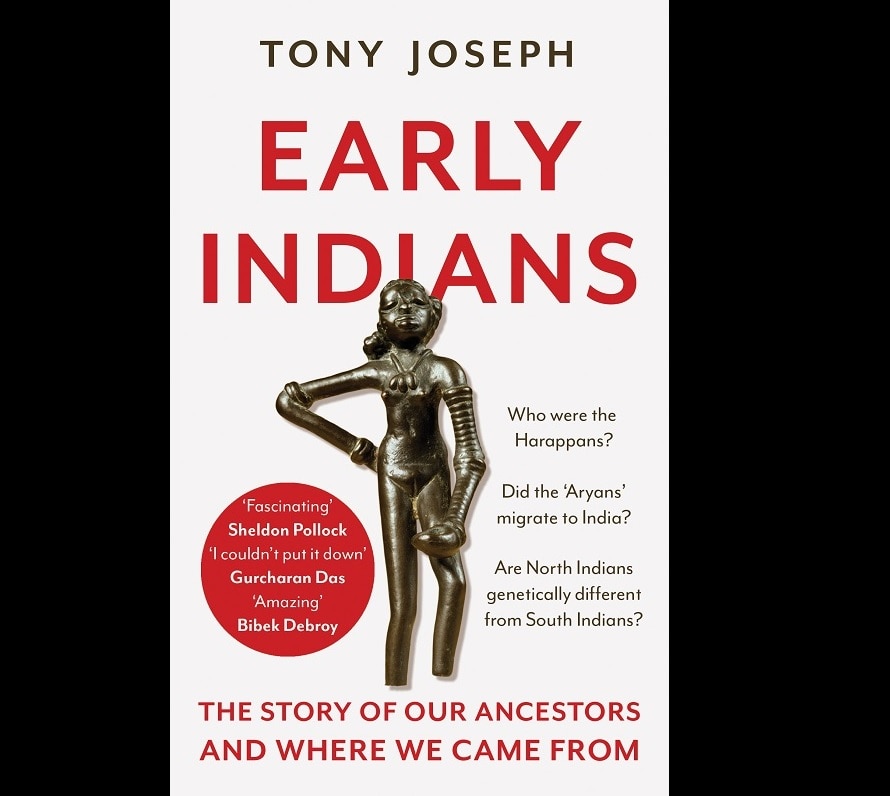 The two opposing views of India’s history—‘the unchanging India’ that was somehow stuck in a bad place without knowing how to move on, as Karl Marx saw it, or an India that has degraded over time from the Vedic perfection of ‘time immemorial’—are both wrong and based on misperceptions. India has been ever-changing, not unchanging, and its story is definitely not one of decline. India’s history has been dynamic, as full of energy and full of contention as any lively society’s history would be – and this, despite the dead weight of casteism that we have carried for two millennia.

Excerpted from the book Early Indians: The Story of Our Ancestors and Where We Came From, written by Tony Joseph and published by Juggernaut

Do You Like This Story?
4
2
Other Stories
Please enter valid text
corona updates
Must Reads
Latest Issue