The Disquieting Art of Ganesh Pyne

Ganesh Pyne, an exponent of the Bengal School of Art, created a disquieting style of art representative of the complicated world he was brought up in 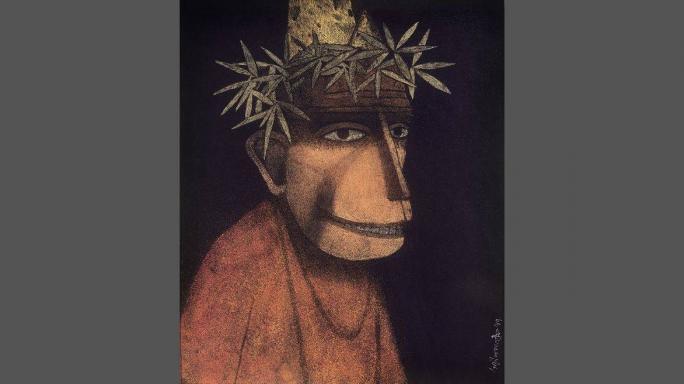 Ganesh Pyne mastered the interplay of light and dark on tempera to create a disquieting style of art representative of the complicated world he was brought up in. His first exposure to death was through the communal riots that erupted in Kolkata in 1946—and his paintings are laden with symbolism and motifs, which indicate that those images never quite left him.

He was part of the Bengal School of Art—a major movement associated with nationalist sentiments and led by Abanindranath Tagore, whom Pyne cited as one of his major influences alongside Rembrandt, Paul Klee and Walt Disney.

His eclectic influences gave rise to a style that combined surrealism with an architectonic quality. Having grown up on folktales and mythology which his grand-mother narrated to him, Pyne’s work is often described as poetic. Says writer, biographer, art curator and collector Ina Puri, “There are portraits of man-ape hybrids that appear frequently in Pyne’s paintings. Skilfully created with a fine web of lines, they bring to mind circus clowns and jesters—their melancholic expressions making them appear almost human. The effect of the crown of thorns heightens the pathos in this picture.”