Our top picks from films, streaming, books and events for January 2020 Charlize Theron, Nicole Kidman, Margot Robbie and John Lithgow star in Bombshells, based on the controversy surrounding Fox News CEO Roger Ailes and the “toxic atmosphere” in the network he founded. The film—the sensational story of the women who brought down Ailes—releases on 3 January.

In Dolittle, Robert Downey Jr essays the eccentric Dr John Dolittle, who has secluded himself in Dolittle Manor with his menagerie of animals after his wife’s death. However, he is forced into an epic adventure to find a cure after Queen Victoria falls gravely ill. Also featuring the voices of Antonio Banderas and Emma Thompson, the film hits theatres on 17 January.

Guy Ritchie’s The Gentlemen is the story of an American expat who creates a profitable marijuana empire and then decides to cash out. This decision gets leaked, triggering plots, schemes, bribery and blackmail. Starring Matthew McConaughey, Michelle Dockery and Charlie Hunnam. It releases on 24 January.

Chhapaak, Laxmi Agarwal’s story and journey, as an acid attack survivor, will make it to the screens on 10 January. Deepika Padukone portrays Agarwal, alongside Vikrant Massey. Directed by Meghna Gulzar. Sex Education Season 2: In season one of the edgy comedy-drama series, Otis Milburn, a socially awkward high-school student with an ambivalent attitude towards sex, opens a sex-advice clinic in his school with his friend, Maeve, to help students navigate their sexual problems. In season two, however, as a late bloomer, Otis must come to terms with his newly discovered sexuality. Meanwhile, an outbreak of Chlamydia occurs at the school, highlighting the need for better sex education. Streaming on Netflix from 17 January.

Messiah: A CIA officer tries to reveal the truth about a man who’s gaining attention through acts of public disruption, while also hoodwinking the global media in this suspenseful thriller series. Streams on Netflix from 1 January. A still from Messiah (Image: Netflix)

AJ and the Queen: Ruby Red, a drag queen down on her luck, and AJ, an orphaned, tough-talking girl, travel the US looking for the best breakfast waffle, in this series. Streaming on Netflix from 10 January.

Ragnarok: Set against the fictitious but breathtakingly beautiful town of Edda, Ragnarok is a coming-of-age story in a drastically different world with melting poles, warm winters and violent downpours. The show will be available on Netflix from 31 January.

Irrfan Khan: The Man, The Dreamer, The Star by Aseem Chhabra (Rupa Publications) 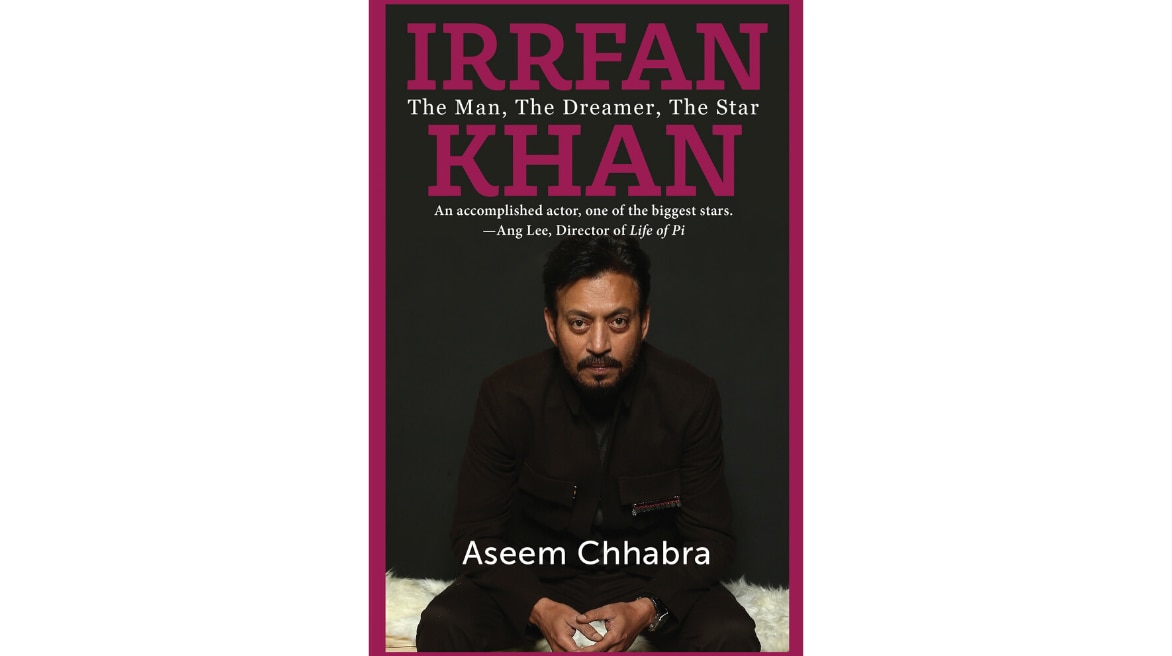 This promises to be a fascinating glimpse into the life and career of one of the most unconventional movie icons of our time. An “intimate and meticulously re-searched account”, the book draws upon the author’s interviews with the actor who continues to reinvent himself to this day. It portrays Khan’s personal and artistic life in all its shades—beginning in a small household in Rajasthan and culminating in his face on the billboards of Hollywood. Told through many voices, the book, rich in detail and filled with anecdotes, also explores some of his greatest roles: Roohdaar in Haider, Maqbool in the eponymous film, Rana in Piku, Saajan in The Lunchbox and Ashoke in The Namesake—that have shown India and the world the power of cinema and all it can do.

Chats with the Dead by Shehan Karunatilaka (Penguin) In this classic whodunnit with a twist, renegade war photographer Maali Almeida has to solve his own murder. But dealing with red tape, chatty dead folks and ethical dilemmas, he hardly has time to seek a solution. A dark comedy, the book exposes a country’s plight in the aftermath of a civil war.

The New World Disorder and the Indian Imperative (Aleph) Shashi Tharoor and Samir Saran attempt to identify the actors who will emerge in the new world order of this era, and India’s role in it all.

The Little Book of Everything (Penguin)

The inspirational and candid words of Ruskin Bond, in this volume, will bring readers closer to nature and help them deal with every situation in life.

Set in the time of the Bangladesh Liberation War of 1971, the book recounts author Taslima Nasrin’s childhood and youth.

Jaipur Literature Festival 2020: The “Greatest literary show on earth” returns this year from 23 to 27 January. Visit Jaipur’s Diggi Palace to witness the exchange and dissemination of ideas from some of the finest names in literature, culture and journalism. This year’s edition will see lively debates and conversations among marquee names—David Wallace-Wells, Raj Kamal Jha, Ravish Kumar, Stephen Greenblatt, Ann Cleeves, Jeet Thayil, among others. Soak in the ambience in the company of some of the best writers, thinkers, humanitarians, sports people and entertainers. An experience to remember. A scene from the Jaipur Literature Festival (Photo courtesy: Indiapicture)

India Art Fair: An annual event in New Delhi, the India Art Fair reflects the country’s fast-growing art landscape, offering curated insights. Bringing together art galleries, artists, collectives and private foundations under one roof, the event aims to enable audiences to engage in innovative ways with the cultural history of South Asia. This year’s edition will take place at the NSIC Exhibition Grounds between 30 January and 2 February.

Batman Debuts on ABC: The now classic, cult-favourite show, starring Adam West as Batman and Cesar Romero as The Joker, aired for the first time on 12 January 1966.

Aretha Franklin Honoured: On 3 January 1987, legendary soul singer Aretha Franklin became the first female performer to ever be inducted in the Rock & Roll Hall of Fame.