Smita’s life was about waiting endlessly: for perfect relationships to happen, for that elusive happiness, and ultimately for the man she had quietly married against all odds. Even at the risk of sounding melodramatic, I must say that Smita’s life was about waiting endlessly: for perfect relationships to happen, for that elusive happiness, and ultimately for the man she had quietly married against all odds.

I was with Smita a few days before her death. She was running a fever, looked frail, weak and somewhat heartbroken. Things had not turned out the way she had hoped they would. The puja she had planned for her son’s homecoming was postponed. I also knew that there had been a change of plan about taking Prateik to the new house. Smita had wanted to do the grihapravesh ceremony with her newborn, but she had changed her mind and drove Prateik to Vasant, where she lived. I remember her muttering on the phone to me that she didn’t want "anyone else" except her son to live with her in the new apartment. That day, Smita had sounded extremely angry, and perhaps felt let down. Smita Patil's mother gave the author this picture after the actor's demise.

I remember the day Smita put the gods away. She had collected all the idols in her house, including the dozen-odd Ganeshas I had bought her, and put them away in an old cupboard. "I am angry with god. So I have wrapped Him in a piece of cloth, taped Him up good and proper, and put Him away. I don’t want any trace of Him around," she had called to tell me. This was like a bolt from the blue because Smita rarely spoke about god. Her parents were confirmed atheists and even she wasn’t the temple-going kind. In fact, this was the first time I had heard her mention ‘god’. Even the Ganeshas she had collected over the years were more for their aesthetic value.

Yet there was an underlying fear in putting the gods away. Within a few hours, she had called me back to ask whether she had erred in disrespecting the divine by locking them away in a cupboard? I didn’t say much; we never spoke about the gods again.

Smita’s anger with the gods had more to do with the hurt people had inflicted on her. She was not someone who made unreasonable demands nor did she ever aspire for materialistic things. The woman I knew was just as middle class as they come, averse to flaunting her wealth, with no airs of a celebrity. For instance, her home, Vasant which spoke volumes about her, was done up simply, yet tastefully with floor seatings, paper lamps, jute knick-knacks and cane furniture. Her new home in Rock Cliff, where she never lived, was somewhat fancy, but she had chosen it mainly for its proximity to the sea and as she would say, because, "You can hear the waves from the room."

What she really wanted was a happy home where she could spend her entire life rearing a child. One of her co-stars had said to me, "She wanted to be a mother and was adamant about having a child. It shall remain one of the greatest misadventures of her life that the one thing she wanted so badly—her child, her son—she was unable to spend time with."

Prateik was born on 28 November 1986. "Ma, mein aiyee zaale," (Mother, at last I have become a mother), a beaming Smita had told Vidyatai, hours after her son was born. She had waited long for this one moment and once it came, the suffering and trauma that had preceded child-birth, receded into the background.

I know she wanted to experience every facet of motherhood, including the physical pain. Therefore, when the doctor had suggested an injection for a painless delivery, Smita had rejected the idea. "I want to go through labour. I want to be a mother naturally," she had said, which her mother confirmed to me later.

Vidyatai, who was a trained nurse herself, had then told me how pain was inconsequential for her daughter. As a child, Smita had once enacted the role of Jijabai, the Maratha king Shivaji’s mother, with such conviction that the audiences had attributed it to the girl’s matrutva bhavana, an inherent maternal instinct. However, unlike Jijabai, rued Vidyatai, Smita wasn’t around to inspire her son with stories of valour. Jijabai had lived to witness Shivaji’s coronation; Smita died without performing a single ritual for her son. 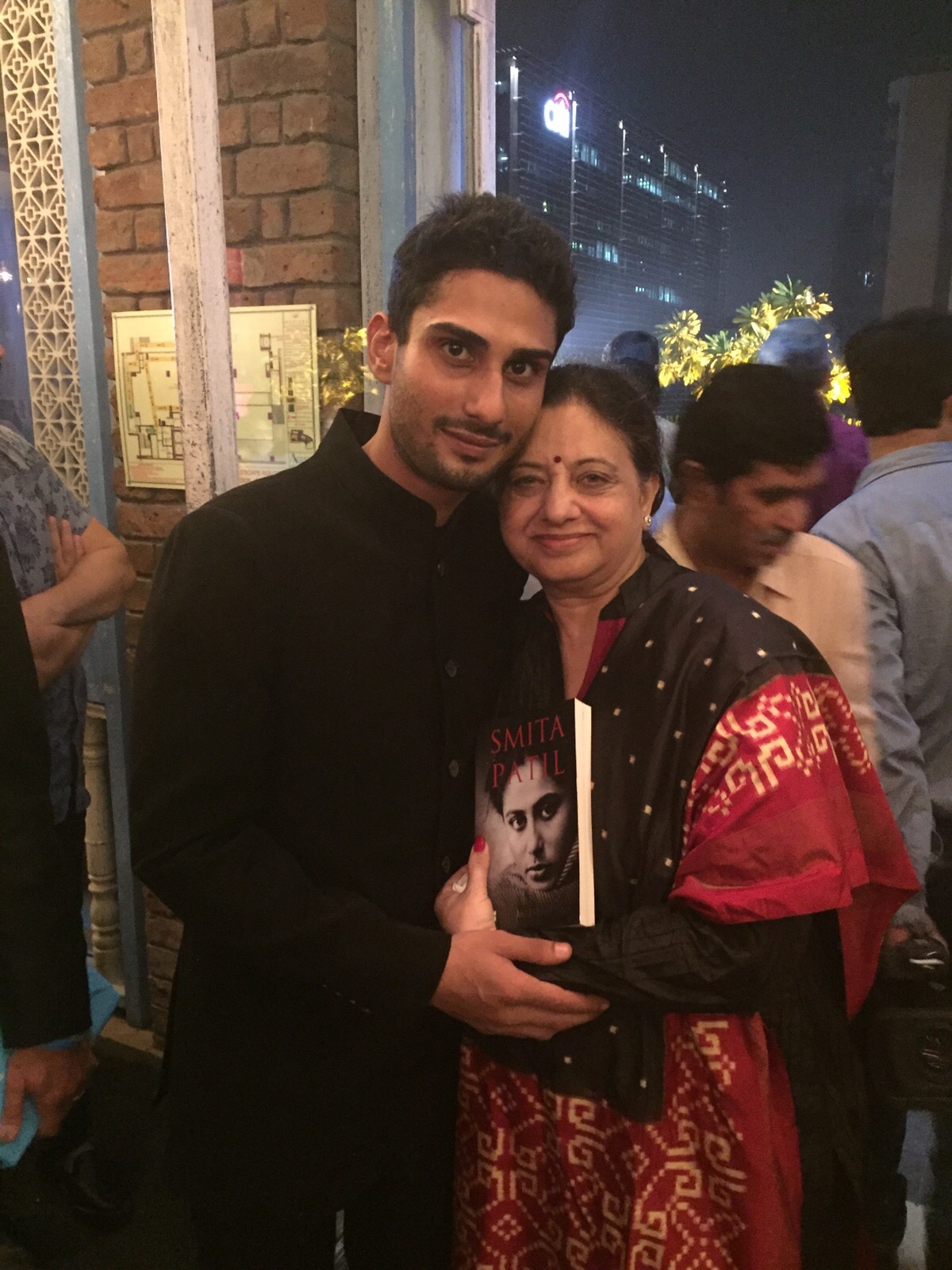 For several months before her child’s arrival, Smita had planned a grand baarsa, the naming ceremony for a newborn, and an utsav, a festival, to celebrate the event. "Dheeraj dhar," her mother had told her, asking her to be patient. But Smita seemed to be in a tearing hurry. "I want to do everything as soon as possible," she would say. In retrospect, it seems as if she was racing against time.

I remember our conversation about her decision to be a mother and my suggesting that she should reconsider it. "I have no time," she had said to me with a faraway look in her eyes. Her mother had later confirmed this to me. "I’d cautioned her against settling down with a married man; I told her to find someone else. She had then said, 'Ma, I don’t have the time to start all over again. I want to be a mother as soon as possible.'"

In hindsight, when I put those words in context, it seems that Smita had had a premonition that time was running out for her.

Smita died before she could organise the ceremony for her only child. The first ritual that the fourteen-day-old witnessed was his mother’s final journey.

She had told me a few days before her death: "I have lost my will to live."

I remember her looking at the skies from the window of her bedroom in Vasant. Sometimes she would even sit in the dark, deep in thought … her joy of motherhood somewhat eclipsed.

[Excerpted from The Marigold Story: Indira Gandhi & Others by Kumkum Chadha, published by Westland/Amazon]