"Shit On Their Picnic!": How The Dalai Lama Planned To Oppose Chinese Occupation Of Tibet In 1950

How the Dalai Lama rose to power in 1950 Tibet 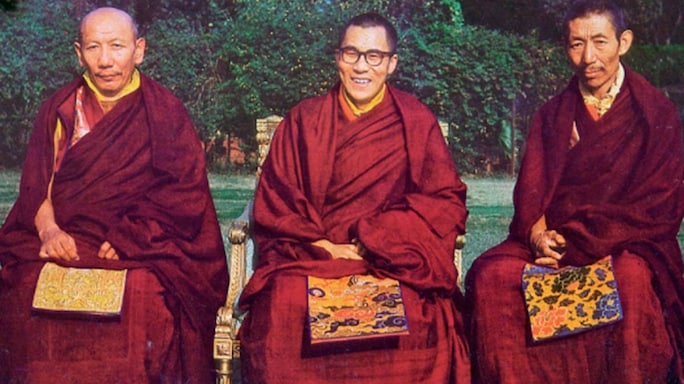 In October 1950, when the Chinese forces began occupying Tibet in earnest, on the orders of Chairman Mao, the Dalai Lama intervened in the matter in an ultimately futile effort to put an end to it. Here's the story of how it all came to be.

On October 7 the Chinese struck again, this time cutting off Chamdo’s southern escape route. The local army commander responded by surrendering his entire force without a fight, leaving the town at the mercy of the PLA [People's Liberation Army]. Because of his refusal to deploy the second radio set, news of this catastrophe did not reach Ngabo [the famous Tibetan leader Ngapoi Ngawang Jigme] for several days, however. It has been argued that Ngabo willfully betrayed Chamdo into the hands of the Chinese, a charge that his subsequent collaboration with the Communists supports. But the fact is, even if he had been able to stall the PLA’s advance, the outcome was inevitable. Nonetheless, he did not wish to surrender without being ordered to do so. He therefore contacted his opposite number in Lhasa in order to ascertain the instructions of the Kashag, the regent’s four-man cabinet. There was no reply. On the third attempt, Lhasa was finally goaded into responding.

“Right now,” Ngabo was told, “it is the period of the Kashag’s picnic and they are all participating in this. Your telegrams are being decoded and then we will send you a reply.”

At this he exploded.

“Shit on their picnic! Though we are blocked here, and the nation is threatened and every minute may make a difference to our fate, you talk about that shit picnic!”

There was no further contact with Lhasa that day. This was the time of year when almost the entirety of the populace took themselves off to the parkland outside the city for a week of relaxation (not to say drinking and gambling), the wealthy in their tents, the poor camped al fresco. Ngabo thus had no orders as to whether he should try to hold Chamdo or whether he should withdraw. Already convinced that resistance to the Chinese would be futile, the governor determined that, in the absence of clear directions from Lhasa, he would simply await the arrival of the Chinese and hope to effect an escape at the last moment. The next day, news of the loss of another town to the south of Chamdo came in, followed that evening by a message from Riwoche in the southeast that the PLA were now in occupation of that town as well. Chamdo was surrounded. Without telling anyone, Ngabo abandoned his post that night. At seven o’clock the following morning, Ford, the British radio operator, realized something was amiss. Having woken to the sound of bells ringing and horses’ hooves on the street outside, he looked out to see “people . . . running in all directions.” His immediate concern was the reaction of the local Khampa population. Realizing that the government forces were in full retreat, they wasted no time in looting what possessions and weaponry the Lhasans had left behind. And beyond that, it was clear that they were intent on killing any remaining government officials they could lay their hands on.

Showing rather greater initiative than Ngabo, Ford made his way to the radio station and disabled the transmitters before heading south in the hope of reaching the Indian border. Unfortunately for him, the earthquake two months earlier had rendered this impossible and he was forced to follow the retreating governor in the direction of Lhasa. Managing to evade hostile Khampas, he caught up with Ngabo later that same day. But they could go no farther and were both taken into Chinese custody. While Ngabo and his entourage were treated to a hearty meal and his soldiers each given a silver coin and told to return home, Ford was taken back to Chamdo, where he was interrogated and charged with being a British spy.

With Kham now lost, it could be only a matter of time before Lhasa followed. Having no other option, Taktra therefore instructed the government’s chief negotiator to inform the Chinese ambassador that the Tibetan government was now willing to accept Chairman Mao’s terms. The Dalai Lama, following events as best he could, was devastated. Instinctively he knew that he must act. While the news that Chamdo had fallen was grave, the regent’s decision to surrender seemed to him utter folly. Surely, he argued, the correct thing to do was to consult with the deities before taking such a large step as to surrender sovereignty. That the regent did not face down the fifteen-year-old Dalai Lama shows how uncertain of his own position he now was. He agreed to a divination at which the Dalai Lama and the highest-ranking members of the government would be present. This would take place in the Mahakala chapel at the Norbulingka, where the protectors Mahakala and the Glorious Goddess [a wrathful deity in Tibetan Buddhism] would both be invoked to give their opinion.

The result of the divination showed that the protectors were of the firm opinion that no such concession should be made to the Chinese, and an order countermanding the original directive was immediately sent to the government’s negotiators in Delhi. It came too late, however. The Chinese were already pressing for a date for formal negotiations to begin in Beijing. Chairman Mao was determined that Tibet should come into the fold, and to be seen to come into the fold voluntarily rather than be forced to accept terms. But he had made it abundantly clear that if Tibet did not come willingly, he was prepared to order the PLA to move on Lhasa. 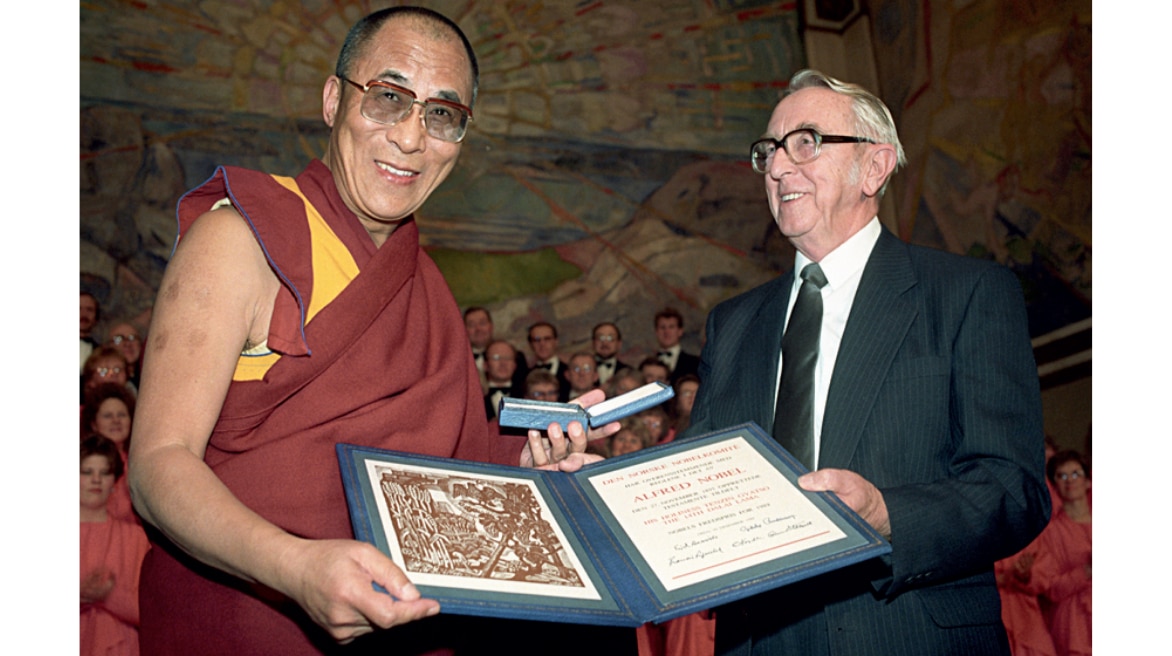 In the meantime, following the divination in the Mahakala chapel, the Tibetan government held a further audience with the deities, this time consulting the Nechung and Gadong oracles for their advice on what action should now be taken. At first the deities were less than forthcoming. Nechung said only, “If you don’t make good offerings, I cannot protect religion and the welfare of the people.” The Gadong oracle likewise said nothing of consequence. Exasperated, one of the ministers in attendance pleaded with Nechung: “While we [humans] are dull and stupid, you are the one who has brilliant wisdom and knowledge of things. You also have the special responsibility for Buddhism in general and Tibet in particular. You should not be behaving like an ordinary human being, so give us a proper prophecy.”

At this, the medium (still in a trance) began dancing. When he came directly in front of the Dalai Lama, he prostrated himself three times and, with tears streaming down his face, proclaimed that power should at once be transferred to the Dalai Lama. Taktra Rinpoché now had no option other than to resign. All that remained was for an auspicious day for the formal handover ceremony to be chosen. The date settled on was November 17, 1950— a scant four months after the Precious Protector’s fifteenth birthday. From now on, all important decisions would be referred to him. 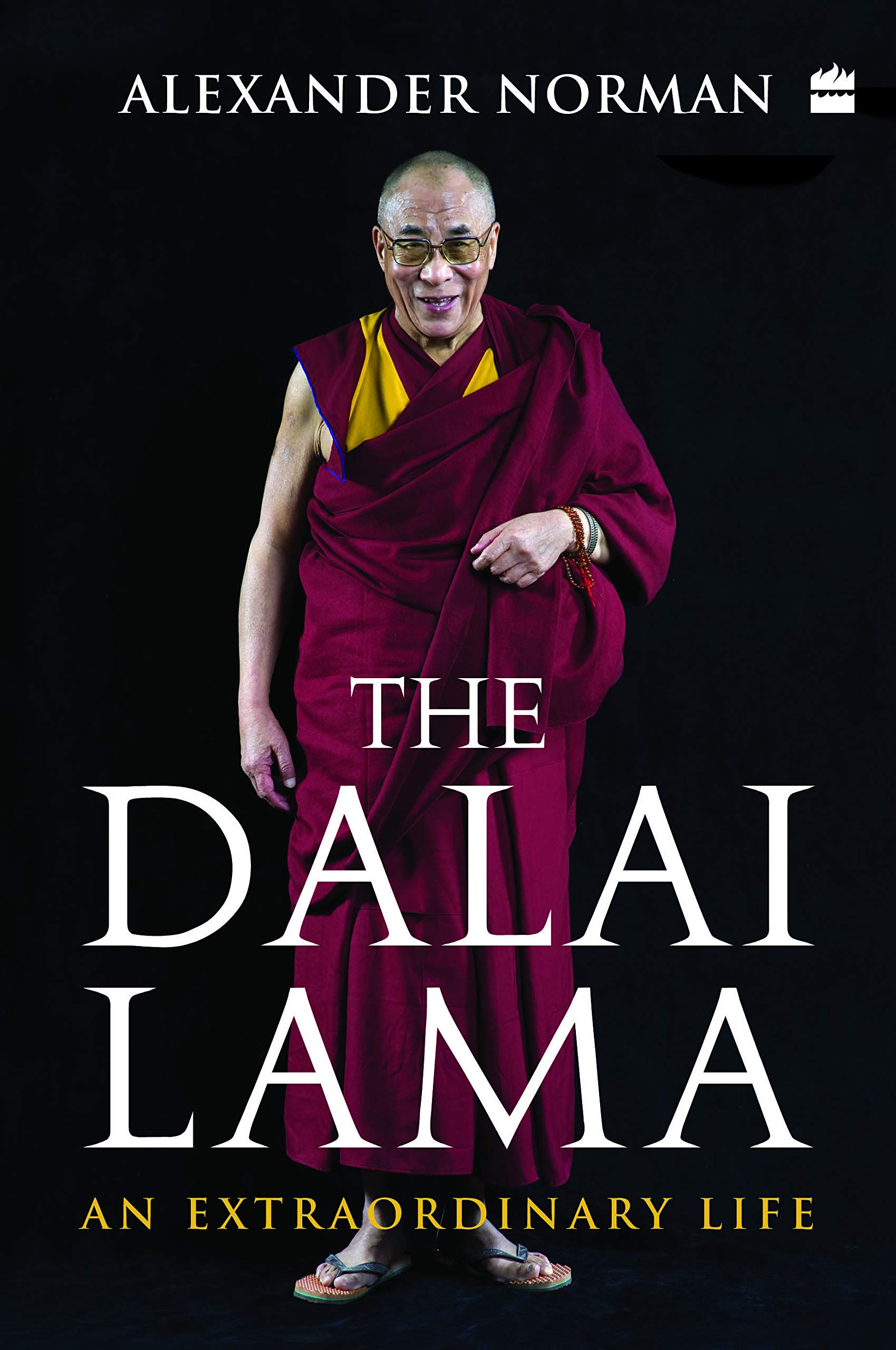 [...] He pledged to serve others with every fibre of his being unceasingly until such time as they should all become enlightened. It is a commitment that he has often commemorated since by quoting the prayer of the revered eighth-century monk Shantideva:

For as long as space endures

And for as long as living beings remain,

Until then, may I too abide

To dispel the misery of the world.

Excerpted, with permission, from The Dalai Lama: An Extraordinary Life by Alexander Norman, published by HarperCollins Publishers India