Top Picks From The World Of Entertainment: Downton Abbey, It Chapter 2, Unbelievable, Skylines And More

Our choices for September 2019 The cast of Downton Abbey

Releasing on 20 September, Downton Abbey is a British historical drama based on the popular TV series about the wealthy Crawley family and their large retinue of servants. In the film, which stars Hugh Bonneville, Laura Carmichael and Maggie Smith, drama ensues when the family learns they must host the King and Queen at their Edwardian country house.

In It: Chapter Two, members of the Losers Club, now adults, reunite after 27 years when the children of Derry begin to vanish. Traumatized by their first encounter with the clown-villain Pennywise, each must conquer their deepest fears to him once and for all. Starring James McAvoy, Bill Skarsgard and Jessica Chastain, the film releases on 6 September.

The Zoya Factor: Based on the eponymous novel by Anuja Chauhan, this romantic comedy focusses on Zoya Singh Solanki, who finds herself in the spotlight after being dubbed a good-luck charm for the Indian cricket team. Starring Dulquer Salmaan and Sonam Kapoor Ahuja, this film releases on 20 September. Dulquer Salmaan and Sonam Kapoor Ahuja in The Zoya Factor

Unbelievable: When teenager Marie Adler files a police report for sexual assault by an intruder in her home, both authorities and people close to her doubt the truth of her story. Meanwhile, hundreds of miles away, detectives Grace Rasmussen and Karen Duvall investigate an eerily similar set of intruder rapes. Inspired by real events, the series stars Toni Collette, Merritt Wever, Kaitlyn Dever and Danielle Macdonald and releases on 13 September on Netflix. Kaitlyn Dever in a scene from Unbelievable (Photo: Netflix)

The Politician: This satirical comedy, streaming on Netflix from 27 September, peeks into the making of a politician through Payton Hobart, a high-school student trying to get elected Student Body President.

Skylines: A gifted hip-hop producer must navigate the treacherous worlds of music, organized crime and big money after he signs with a major record label. The series launches 27 September on Netflix. A still from Skylines (Photo: Netflix)

Room 104 Season 3: The third season of this anthology series by HBO returns with 12 new episodes from 13 September on Hotstar. Set in a single, seemingly normal, hotel room in New York, the episodes feature a new set of guests with an assortment of quirky characteristics and interesting back stories.

The Hindu Way: An Introduction to Hinduism by Shashi Tharoor, Aleph Book Company 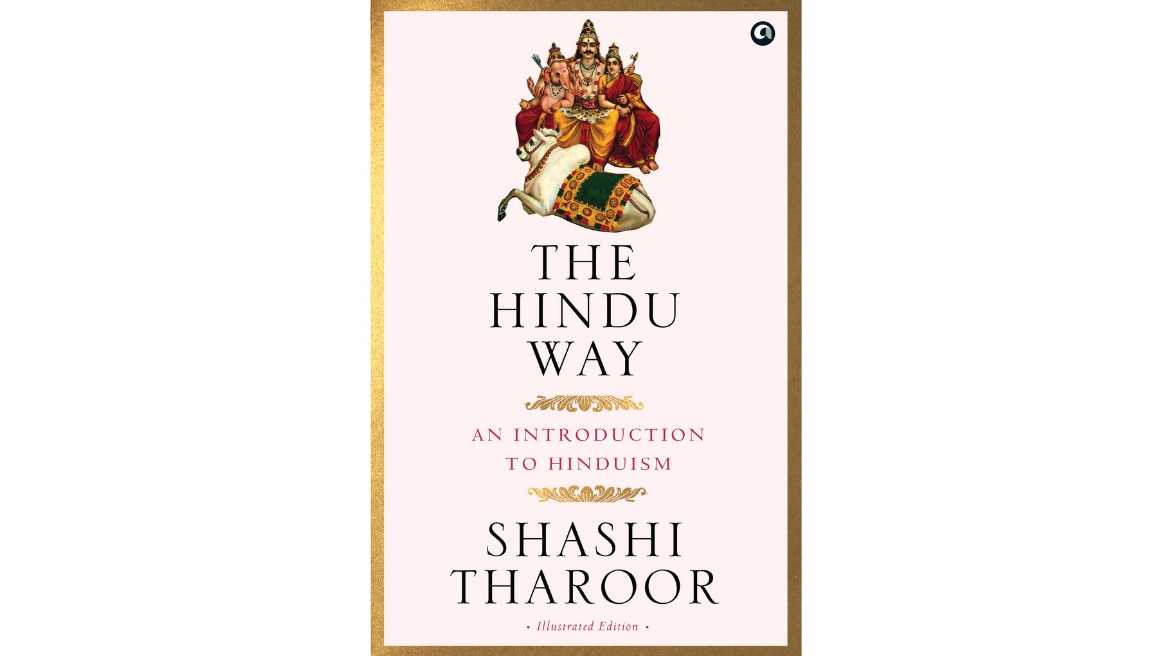 Shashi Tharoor delves into the fundamentals and complexities of one of the world’s oldest religions—Hinduism. Drawing upon his own bestseller, Why I Am a Hindu, Tharoor provides an exhaustive analysis of the faith, starting first with an introspection of his own beliefs. He also invokes the great souls of Hinduism in this wide-ranging discussion—Adi Shankara, Patanjali, Ramanuja, Swami Vivekananda, Ramakrishna Paramahamsa and many others who contributed to its tenets and have thereby defined the essence of the religion.

Also touching upon important schools of thought and various other seminal concepts, the book promises to be an accessible and immensely appealing read for adults and young readers alike.

The Anarchy: The East India Company, Corporate Violence and the Pillage of an Empire by William Dalrymple (Bloomsbury) Dalrymple’s book on how the East India Company overthrew the Mughal Empire and devastated the nation is a cautionary tale about the first global corporate power, with lessons that echo with eerie relevance to our times. Whistleblower Edward Snowden reveals for the first time his role in building the American security establishment and why he chose to expose its mass surveillance system.

Prelude to a Riot: A Novel (Aleph) Annie Zaidi tells the story of a peaceful city in the south threatened by the spectre of religious intolerance.

The latest Emma Donoghue novel is about a retired professor who takes his nephew to France, where they find old wartime secrets about their family’s past.

Abhaneri Festival: Experience the best of Rajasthani culture at this local carnival, held on 29 and 30 September in the small village of Abhaneri, approximately 90 km from Jaipur. Enjoy kachhi ghodi and kalbelia dance performances, langa singing, puppet shows, an arts and handicrafts exhibition, camel rides as well as delectable cuisine of the land. Ziro Festival Of Music: Featuring talented, independent musicians from across the country, the Ziro Festival of Music is on from 26 to 29 September in Ziro valley, Arunachal Pradesh. A Chicago-based data analyst, Lisa Mishra shot to fame overnight in 2018 when she posted a mash-up of the songs ‘Tareefan’ from Veere Di Wedding (VDW) and ‘Let me love you’ by DJ Snake (featuring Justin Bieber) on Instagram. The track was an instant hit, so much so that VDW-producer Rhea Kapoor asked her to record a reprise with members of the film’s cast. Since then the singer, who posts her songs on YouTube and other platforms since 2007, has signed an exclusive deal with VYRL Originals, a platform launched by EMI Records, India that promotes independent artists, and produced a song with composer–singer Vishal Mishra, in what was one of the label’s biggest collaborations.