The best from the world of movies,books, music, entertainment and streaming A still from the film Encounter

ENGLISH: Streaming on Amazon Prime Video from 10 December, ENCOUNTER belongs to several genres all at once—family melodrama, road thriller, science fiction. A decorated marine, MalikKhan (Riz Ahmed), puts everything on the line when he kidnaps his two young sons from his estranged wife. Khan is convinced that alien bugs are seizing control of people. Is he being paranoid or prescient?

HINDI: Much has happened to Indian cricket in the past four decades.We play as favourites now, not underdogs. But ask any cricket historian worth his salt and he will tell you that victory tasted sweetest when Kapil Dev lifted theWorld Cup trophy in1983. Slated to arrive in theatres on 24 December, Kabir Khan’s 83 recreates India’s dream run for those of us who missed it. Ranveer Singh plays Kapil paaji.

One quick look at Aanand L. Rai’s filmography—Tanu Weds Manu Returns, Raanjhanaa, Zero—and his obvious predilection reveals itself: love triangles. The trailer of ATRANGI RE (streaming on Disney + Hotstar from 24 December)suggests the director’s new offering will again be a variation on that very theme. Sara AliKhan has affection for a subdued Dhanushand an extravagant Akshay Kumar. Akshay Kumar, Sara Ali Khan and Dhanush in Atrangi Re

TELUGU: Few SouthIndian films have been anticipated quite so keenly as PUSHPA:THE RISE (PART 1).The film’s cast boasts of several heavyweights—Allu Arjun, Fahadh Faasil, Rashmika Mandanna, Prakash Raj. Set in Andhra Pradesh’s hills, the action thriller tells the story of a red sanders heist and that of a complex power nexus.This film is assured packed theatres when it releases on 17 December. 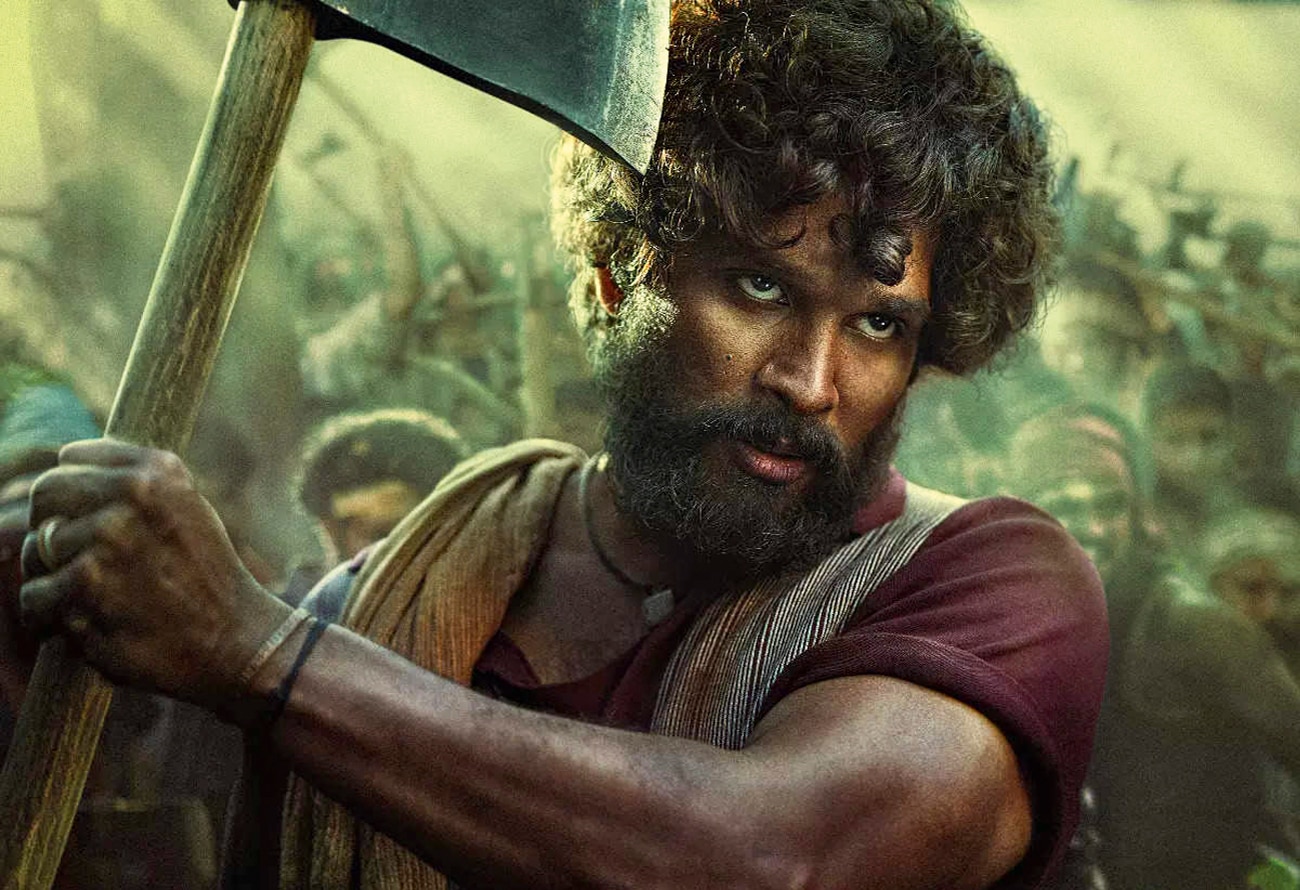 Aarya Season 2: Not only was this show one of Disney+ Hot-star’s most watched offerings last year, it also got global recognition by way of an International Emmy nomination. At the end of its first season, Aarya(Sushmita Sen) and her children flee the coun-try, the mob still hot on their trail. Releasing on 10 December, the new season sees its protagonist return to India with a manifesto of pure vengeance.

Voir Season 1: Coming to Netflix on 6 December, the first season of this documentary series promises to be a treat for cinephiles the world over. David Fincher, director of cult films such as Zodiac and Fight Club, asks film buffs to examine cinematic moments that left them challenged and changed. In the visual essays that result from this experiment,we find insights on craft but we also find catharsis. Under Something of a Cloud: The Best Travel Writing of Dom Moraes, Speaking Tiger

There is something unputdownable aboutDom Moraes’ poems.No anthology of modern poetry ever feels complete without them.But his non-fiction—autobiographies like My Son’s Father and Never at Home—is proof enough that his prose was as compelling and illuminative as his famous verse. This anthology of Moraes’ travel writing further cements the author’s reputation—he was one of our best.

While Moraes’ account of a childhood trip to Sri Lanka is surprisingly vivid, his recounting of a trip to the Sikkim–Tibet border is both dark and comic.Reading about Moraes’ encounter with the Dani tribe in Indonesia and then dacoits in Chambal,we do, of course, see his wit, but also his unfailing empathy.

Whole Numbers and Half Truths: What Data Can and Cannot Tell Us About Modern India by Rukmini S. (Context): Rukmini S. is something of a pioneer. One of the few journalists in India almost wholly committed to making sense of often impenetrable data,she has in recent years adroitly navigated the maze of numbers to arrive at theses that are as convincing as they are revealing. In this book, she asks questions we should all know the answers to—How does data work? Could it really help better India?

Adam (Vintage):Winner of last year's Prize for Literature,S. Hareesh returns with a collection of nine short stories, each of which is a lesson in how ordinary people are capable of extraordinary desire.

Not Just Cricket:A Reporter’s Journey through Modern India(Context): Pradeep Magazine is one of our finest and most seasoned cricket journalists. In this memoir, he explains how sport informs society.

The Shadow on the Wall(Aleph): A collection of Ruskin's most spooky and frightening writing,this collection contains many, many classics—A Face in the Dark,The Chakrata Cat, The Doppelganger.

TUNE IN Song: ‘Norwegian Wood(This Bird Has Flown)’Artists: Parekh & Singh Album: Songs Inspired by the film The Beatles and India

Directed by journalist Ajoy Bose,the documentary The Beatles and India tells the story of how John, Paul,George and Ringo came to embrace all things Indian—sitar, yoga, Rishikesh. Though we might have some time to wait until the film arrives on our shores, Bose and his team have in the meantime released a soundtrack whose songs reverse the trajectory of influence. It wasn’t just the Beatleswho’d absorbed Indian music and mysticism; Indians, too, have soaked themselves silly in Fab Four delights.Of all the Indian artists who’ve rendered Beatles classics for this album

it is Parekh & Singh, the Kolkata dream pop duo, who stand out.Their cover of ‘Norwegian Wood’ is as seamless as it is faithful. Helped,of course, by the fact that George Harrison had played a bit of sitar on this track, Parekh & Singh don’t overtly pander to the Beatles and India brief. Their somewhat languorous adaptation is defined by the same ease we have all come to associate with the song. The Liverpool lads, we feel,would approve.

AUDIOBOOK: Homeland is proof that actress Claire Danes takes very well to thrillers. It’s no surprise then that her narration of Margaret Atwood’s dystopian novel THE HANDMAID’S TALE  is pitch perfect.

PODCAST: If life has given you lemons,cognitive scientist Maya Shankarcan teach you how to make lemonade. A SLIGHT CHANGE OF PLANS is for those who have arrived at a crossroads and need a map.