The best from the world of movies, series, books, music and entertainment ENGLISH: Home Alone films, especially those starring Macaulay Culkin, are things that make both Christmases and childhoods special. Streaming on Disney+Hotstar from 12 November, HOME SWEET HOME ALONE takes the familiar trope of a boy protecting his home from dastardly intruders and casts it in a British setting.Archie Yates, who had announced his adorability in Jojo Rabbit, plays the lead.

HINDI: Films like Let’s Talk and Neerja are proof that few filmmakers can build the kind of toe-curling suspense that Ram Madhvani does. Premiering on 19 November, DHAMAKA sees the director adapt the Korean thriller The Terror Live for Netflix.In it, we see news anchor Arjun Pathak(Kartik Aaryan) receive a call from a terrorist who says he’ll strike at Mumbai's very heart. All hell breaks loose.

TAMIL: Based on real events that occurred in 1993, JAI BHIM tells the story of Chandru(Suriya), a lawyer who comes to champion Dalit rights. Seeing that a young tribal man has simply disappeared after being arrested,Chandru tries hard to find him and bring his wife justice. Also starring Prakash Raj andLijomol Jose, this gritty and urgent film will stream on Amazon Prime Video from2 November. MALAYALAM: Hill Top used to once be a grand hotel, and the pride of Ernakulam. The rundown property suddenly starts to feel less drab when a married couple—Pavithran(Nivin Pauly) and Haripriya(Grace Antony)—liven it up with their vigorous bickering. KANAKAM KAAMINI KALAHAM(releasing on Disney+Hotstar on 12 November)is a quirky riot of a comedy that is being promoted as “a crazy, fun joyride”. Special Ops: The Himmat Story Season 1.5:The first season of Season Ops left us wanting to know what will happen next, but creator Neeraj Pandey has decided to now tell us what happened before.Coming to Disney+Hotstar on 12 November, this high-adrenaline prequel shows us how Himmat Singh(Kay Kay Menon) rose through the R&AWranks. Aftab Shivdasani and Vinay Pathak will both play key roles.

Tiger King Season 2: Released last year, Tiger King made us want to cringe and binge. There was something both crude and compelling about American big cat owners like the flamboyant JoeExotic and his rivalCarole Baskin. Sea-son one showed us how Joe was jailed on charges of animal abuse and attempted murder. Out on Netflix on 17 November, season two of this docuseries continues his saga.

If recent headlines are anything to go by, it seems clear that Shah Rukh Khan’s stardom is predicated more on love than adulation. Not even the worst of scandals can shake it. Shrayana Bhattacharya can, perhaps, vouch for this.For 15 years, she travelled across India, speaking to women who turn to SRK in their times of turbulence and heartache. In Jor Bagh and Jharkhand, Khan offered both recourse and escape. Desperately Seeking Shah Rukh tells the story of how generations of Indian women have seen in the actor the possibility of a friendlier masculinity. While,on one hand, it celebrates the actor's extraordinary 30-year career in Bollywood, it first documents the struggles of those who love him.

Resolve by Perumal Murugan (Penguin Hamish Hamilton): Though in possession of good fortune (a piece of land), Marimuthu is still not able to find himself a wife. He is awkward, inward-looking and desperately lonely. Others might have used this premise to write a comedy of manners, but Perumal Murugan, expectedly, uses it to ask larger questions about agriculture, caste and gender. Translated from the Tamil by Aniruddhan Vasudevan, this novel is comic on the surface, but savage at heart.

Pride, Prejudice and Punditry: The Essential Shashi Tharoor (Aleph):This book collects the best of the five million-odd words that Tharoor has published in books, newspapers, magazines and online.

You Can’t Be Serious(Simon & Schuster):In this candid memoir, Kal Penn writes about his remarkable journey, one that has included acting, writing, working as a farmhand and teaching Ivy League courses.

The Horizon (Harper-Collins India): Gautam Bhatia further explores the themes of freedom,violence and fear in this sequel to his fast-paced, stylish and confident science-fiction debut novel The Wall.

Covers can sometimes be hard to get right. While they, of course, feel familiar—the songs they render are usually popular already—it is a challenge for them to hit a note that the original hasn’t. Composed by Sachin–Jigar and sung by Vishal Dadlani,‘Kudi Nu Nachne De’ was an apt anthem for the 2020 film Angrezi Medium. The tune instantly made you want to groove; the lyrics made you think.

In her version, Shilpa Rao strips away the song’s elaborate production, using Anurag Naidu’s piano as her only instrument. The clicking of fingers sometimes gives her performance an a cappella touch.

Surprisingly, even this pared down rendition retains the pep we have always identified with the track.When heard without much accompaniment, Rao’s raspy and rounded voice forces you to listen to the words of the song, realizing fully its feminist potential. This cover is rousing, yes,but also informative. 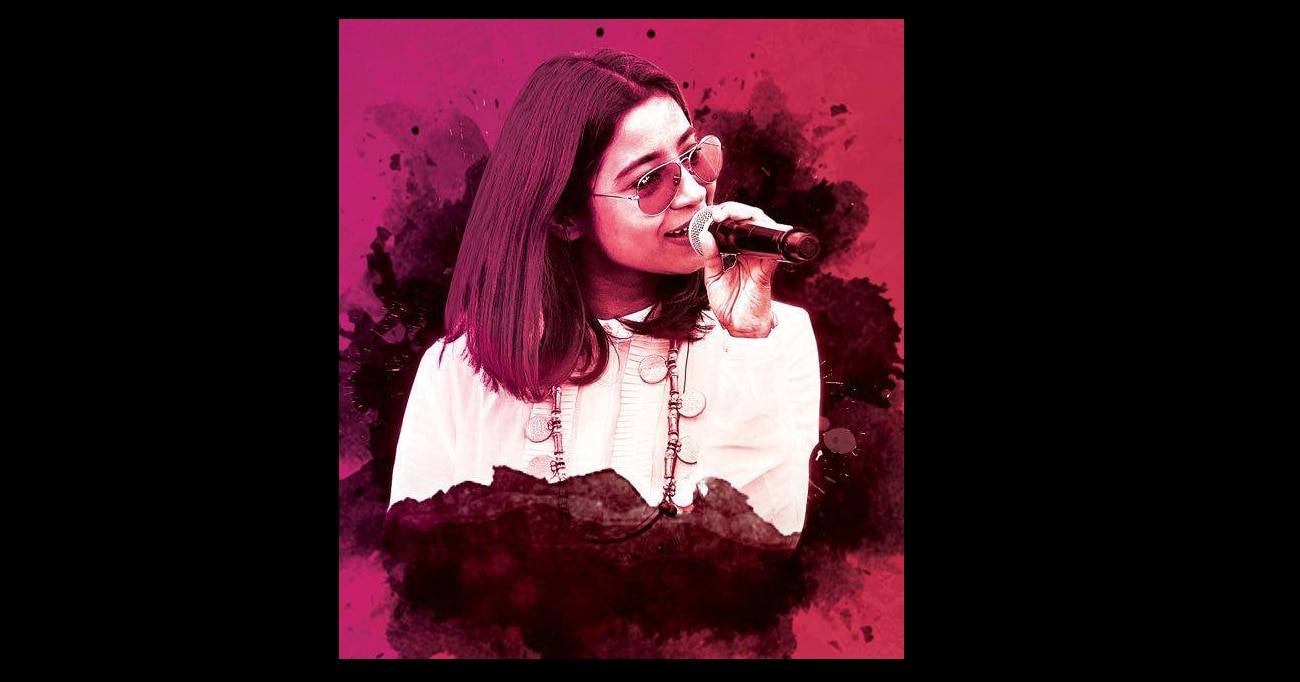 Amitav Ghosh’s JUNGLE NAMA, a book written in verse, rightly deserved an inventive audio book.Rather than a straight-up narration, Ali Sethi has, thankfully,also given the book a wonderful score.

PODCAST: On THE MICHELLE OBAMA PODCAST, we hear the former First Lady engage her family,friends and colleagues in  conversations about life, love and other emotions that make us who we are.