Making Her Own Mark: An Interview With Shriya Pilgaonkar 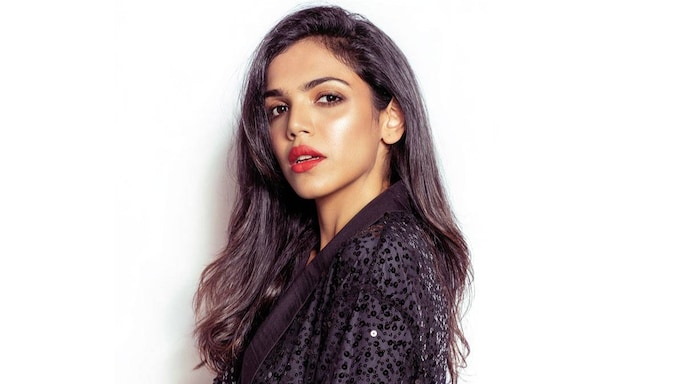 Your parents (Sachin and Supriya) are actors. Did you also always want to be an actor?

When I grew up, I was a swimmer, did theatre, dancing and singing in school. Acting came naturally to me, but it felt predictable to pursue acting because of my parents. After college, I did a film-appreciation course from FTII, Pune, enrolled for Kathak and this got me closer to acting. Also, I started doing theatre. That’s when I realized that this is something I want to keep doing.

Prior to Fan, I had done a French film, Un plus Une, with Oscar-winning director Claude Lelouch and actor Jean Dujardin (The Artist). I was auditioning for projects when Maneesh Sharma, Fan’s director, approached me. Working with Shah Rukh Khan was a great experience. He always treated me as a co-actor, never as a newcomer. Working so closely with him gave me the opportunity to know his thoughts on different things. Personally, I gained a lot from that experience.

The role of Sweety in Mirzapur was highly appreciated. How did you prepare for it?

I wanted to do complete justice to Sweety. I was particular about the dialect and body language of the character. Mirzapur changed the momentum of my career. The best compliment was when people came up to me and said they didn’t realize that I was a Maharashtrian!

Do you see your role in Gurinder Chadha’s Beecham House (2019) as a big step towards the West?

Yes, Beecham House was one step in that direction. It was the first time that I was part of a lavish, British period-drama series. Shooting in London for a month was one of the best experiences of my life. It has really motivated me to explore prospects outside India as well.

You were reunited with Ali Fazal in House Arrest after Mirzapur. How was it?

Actually, Ali and I were not cast together deliberately. Directors Shashanka Ghosh and Samit Basu felt we were a good fit. It’s always fun working with Ali, since we feel comfortable working together. All of us—including the directors—share the same kind of madness required to handle a subject like this. The concept of shooting the film in one house is unique, and it is a great story.

What do you prefer—the big screen or digital platforms?

Today, people are exposed to international shows and they understand good content. I don’t decide to work based on the medium, but on the content. I don’t look at myself as a big-screen actor or a web one—I want to maintain a balance. Of course, films will be my first love—the big screen is an experience you can’t replicate.

Tell us about your future projects.

Up next are Sneha Taurani’s Bhangra Paa Le, opposite Sunny Kaushal (Vicky Kaushal’s brother) and Anubhav Sinha’s Abhi Toh Party Shuru Hui Hai, with Pankaj Tripathi and Richa Chadha. In 2020, I will be in a multilingual film with Rana Daggubati called Haathi Mere Sathi. My role is unique in each project. Today, the audience relates to you only when you do things differently.