New Spy on the Block 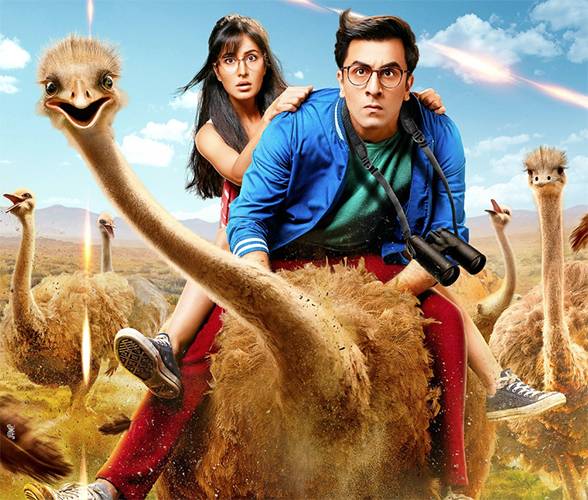 A still from Jagga Jasoos

Say hello to your friendly, but cheeky, neighbourhood spiderman, starring Tom Holland in Spider-Man: Homecoming. We first met the webslinger in Captain America: Civil War. He now returns, fresh off his encounter with the Avengers, trying to live a normal superhero life, until he meets arch-enemy Vulture (Michael Keaton). This reboot of the Spider-Man franchise also stars Marisa Tomei and Robert Downey Jr as Iron Man. If you are more interested in history, we recommend Christopher Nolan's Dunkirk, starring Tom Hardy and Kenneth Branagh. Set during the Second World War, the film tells the tale of Operation Dynamo, a mission that rescued more than 3,30,000 Allied troops.

Winter has arrived on our televisions. Dive into the thrilling, albeit violent, world of Westeros with Game of Thrones's season 7. There will be many wars, intricate plots, dragons and of course our favourite khaleesi Daenerys Targaryen. If legal dramas are your thing, check out Suits with the infamous Harvey Specter, which goes into its seventh season as well.

Keep an eye out for Neel Mukherjee, whose 2014 novel was shortlisted for the Man Booker Prize. His latest, A State of Freedom (Penguin), uses multiple narratives to tell a tale of displacement and migration. Also out is Crossword Award winner Ravi Subramanian's thriller In the Name of God (Penguin).Guggenheim Fellow Amitava Kumar's The Lovers (Aleph) is also set for a release. Set against the landscape of an American university, the novel is an "investigation of love".Actress Diksha Basu's The Windfall (Bloomsbury) promises to be a witty read, while Karin Slaughter's The Good Daughter (HarperCollins) should bring thrills and chills.We recommend Pakistani comedian and writer Sami Shah's Boy of Fire and Earth (Pan Macmillan). This fantasy novel, set in Karachi, is all about discovery and djinns.Sounds promising!

Get ready for Wimbledon, one of the oldest and by far the most prestigious tennis tournaments. It was Andy Murray and Serena Williams last year. Who will it be this time? Cycling enthusiasts can gear up for the 104th edition of Tour de France, which will cover 3,540 kilometres and include 23 mountain climbs. Also up are the Austrian, British and Hungarian rounds of Formula One and an encounter between India and West Indies in ODI cricket matches.