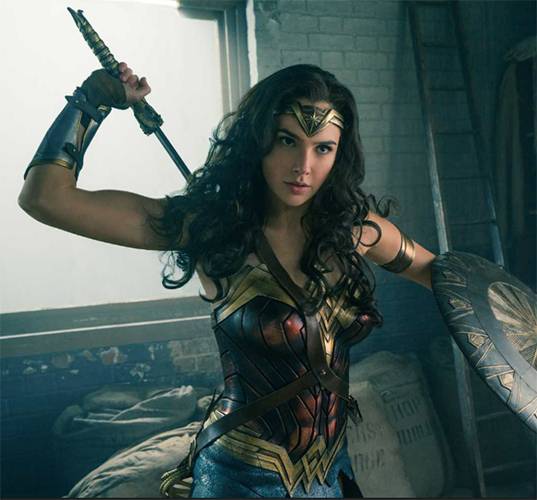 A still from Wonder Woman

Wonder Woman, one of the most powerful female superheroes from the comic book world, finally makes her way to the theatres this June. It's been a long wait, with over 20 years of studios trying to decide on the best director, actor and storyline to bring to life DC Comics' Amazonian princess and the formidable Lasso of Truth. The promos of Wonder Woman look promising as do the early reviews. Directed by Patty Jenkins (Monster), the movie stars the fantastic Gal Gadot in the title role with Chris Pine as her sidekick.

Our favourite Transformer Bumblebee returns as well in Transformers: The Last Knight, starring Mark Wahlberg and Anthony Hopkins. Tom Cruise brings us the much-anticipated adventure-horror film The Mummy. Children have it good with Cars 3 and the adorable banana-loving minions in Despicable Me 3.

Eid brings with it Salman Khan's new offering, Tubelight, set in the 1962 Sino-Indian war, starring the Chinese actress Zhu Zhu and directed by Kabir Khan. Konkona Sen Sharma's directorial debut, A Death in the Gunj, a period thriller starring Vikrant Massey and Kalki Koechlin gets an India release date after doing the rounds on the festival circuit. Also up is Dobaara: See Your Evil (Huma Qureshi), an official Hindi adaptation of the bone-chilling horror film Oculus.

Gear up for the biggest book release of the year, with Booker Prize winner Arundhati Roy's The Ministry of Utmost Happiness (Hamish Hamilton). Roy's first book of fiction in 20 years takes the readers on a journey across India. "Its heroes are people who have been broken by the world they live in and then rescued, mended by love-and by hope."

Life After MH370 (Bloomsbury) by K. S. Narendran deals with "ambiguous loss" as the author struggles to come to terms with the loss of his wife who was on Malaysia Airlines MH370.

J. R. R. Tolkien fans can dive into the epic love story of Beren and Lúthien (HarperCollins). The hardback edition comes with stunning paintings and pencil drawings by Alan Lee and is perfect for any Middle Earth devotee. There's also Himanjali Sankar's Mrs C Remembers (Pan Macmillan) that explores the "unfathomable powers of the human mind".

A correction: Shared Tables: Family Stories and Recipes from Poona to LA, published by Speaking Tiger, has been written by Kaumudi Marathé.

June has a little something for everyone. There's the prestigious 85th 24 Hours of Le Mans for auto-racing fans, the UEFA Champions League Final and FIFA Confederations Cup Russia 2017 for the football fanatic, and the 2017 US Open for the golf enthusiast. Cricket lovers can ready themselves for the ICC Women's World Cup that starts 24 June and continues well into the next month, and basketball fans can settle down for the NBA Finals.