Emergency Chronicles: How The Emergency Unfolded Between 25 And 28 June, 1975

On 28 June, 1975, the Bombay edition of The Times of India carried an obituary notice: “D’Ocracy— D.E.M. beloved husband of T. Ruth, loving father of L.I. Bertie, brother of Faith, Hope and Justicia, expired on 26th June.” 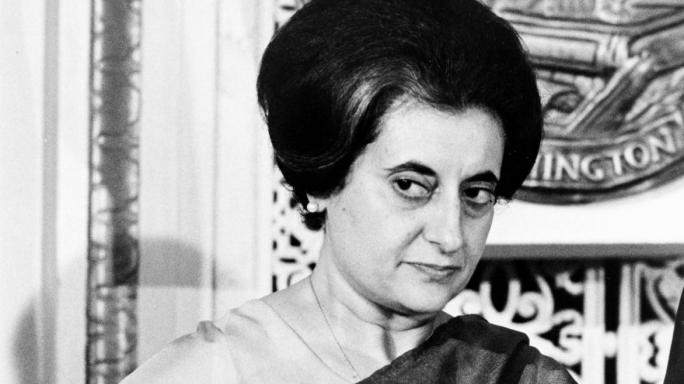 President Fakhruddin Ali Ahmed summoned his secretary, K. Balachandran, at around 11:15 p.m. on 25 June 1975. Ten minutes later, Balachandran met the pyjama-clad president in the private sitting room of his official residence at Rashtrapati Bhavan. The president handed his secretary a one-page letter from Indira Gandhi marked ‘Top Secret’. Referring to the prime minister’s discussion with the president earlier that day, the letter said she was in receipt of information that internal disturbances posed an imminent threat to India’s internal security. It requested a proclamation of Emergency under Article 352 (1) if the president was satisfied on this score. She would have preferred to have first consulted the cabinet, but there was no time to lose. Therefore, she was invoking a departure from the Transaction of Business Rules in exercise of her powers under Rule 12 thereof. The president asked for his aide’s opinion on the letter, which did not have the proposed proclamation attached. Balachandran said that such a proclamation was constitutionally impermissible on more than one ground. At this, the president said that he wanted to consult the Indian Constitution. Balachandran retreated to his office to locate a copy. Meanwhile, the deputy secretary in the president’s secretariat showed up. The two officials launched into a discussion about the constitutionality of the prime minister’s proposal before they returned to President Ahmed with a copy of the Constitution. Balachandran explained that the president’s personal satisfaction that internal disturbances posed a threat to internal security was constitutionally irrelevant. What the Constitution required was the advice of the council of ministers. Balachandran withdrew when the president said he wanted to speak to the prime minister. When he re-entered the room 10 minutes later, President Ahmed informed him that R. K. Dhawan had come over with a draft Emergency proclamation, which he had signed. Then the president swallowed a tranquilizer and went to bed.

This late-night concern for constitutional propriety is revealing. What we see unfolding in the hunt for a copy of the Constitution, the leafing through of its pages to make sure that the draft proclamation met the letter of the law, is the meticulous process of the paradoxical suspension of the law by law. The substance of the discussion concerns the legality of the procedures to follow in issuing the Emergency proclamation. The political will behind the act goes unmentioned. This is because Article 352 (1) of the Constitution itself had left the judgement of the necessity for the Emergency proclamation outside the law. The doctrine of necessity regards the judgement of crisis conditions as something that the law itself cannot handle; it is a lacuna in the juridical order that the executive is obligated to remedy. This leaves the sovereign to define the conditions necessitating the suspension of law. Accordingly, the discussion at Rashtrapati Bhavan made no reference to the politics of the Emergency proclamation. But there was no mistaking the force of the clenched fist of political will under the velvet glove of law.

The prime minister’s cabinet met at 6 a.m. on 26 June. None of her senior ministers knew of the proclamation in advance, but the cabinet quickly and dutifully approved the decision. The Emergency Order had already removed protections of rights to freedom under Article 19 of the Constitution. The president signed another proclamation under Article 359 on 27 June, suspending the right to move any court to enforce rights under Articles 14, 21 and 22. The next day, Fali S. Nariman, one of India’s top law officers, dispatched a one-line letter of resignation as additional attorney-general in protest. H. V. Kamath, among others, had warned against this Emergency provision in the Constituent Assembly, citing the cautionary example of Hitler’s abuse of Article 48 of the Weimar Constitution. Agamben [the renowned Italian philosopher] also mentions this example as part of a rising trend since World War I in the United States, France, Britain, Italy and Switzerland to invoke emergency conditions to assume extraordinary powers, which were subsequently normalized as the paradigm of government. Kamath feared something of this kind. He argued that if India had survived the crises in Kashmir and Hyderabad without Emergency provisions, it could outlive future adversities too. But the leading drafters, including Ambedkar, were adamant that the security of the state required them to deal with extraordinary circumstances. They thought a powerful state was necessary to secure the nation’s integrity and transform its outmoded and unequal society. Their arguments won the day, and the Constituent Assembly adopted the Emergency provisions.

Twenty-five years later, Kamath’s warning came to pass. The Emergency proclamation signed by President Ahmed just before midnight on 25 June was announced within hours by the knocks on the doors of Indira’s political opponents. By the dawn of 26 June, Jayaprakash Narayan, Morarji Desai and over 600 opposition leaders and activists were behind bars. The government managed to cut off electricity to all but two newspapers in New Delhi on the night of 25 June to prevent them from reporting the predawn swoop. In any case, the arrests had occurred too late for the morning editions to carry the news. The government seized the supplements published by the Hindustan Times and Motherland on 26 June. The newspapers of 27 June reported the declaration of the Emergency, suspending fundamental rights under Article 19, and the arrest of JP and opposition leaders. They also reported on the unscheduled radio broadcast by the prime minister on the morning of 26 June, in which she justified the proclamation on the grounds of the threat to internal stability. She spoke about “the deep and widespread conspiracy” brewing against her progressive reforms and agitations threatening law and order and normal functioning.

On 28 June, the Bombay edition of The Times of India carried an obituary notice: “D’Ocracy— D.E.M. beloved husband of T. Ruth, loving father of L.I. Bertie, brother of Faith, Hope and Justicia, expired on 26th June.” It was a strange kind of death. Constitutional rights were not declared dead but suspended, placed in abeyance. Under suspended law, a peculiar form of power took shape. It was not a dictatorship, as JP charged. The term ‘dictator’ originates from the name of the Roman magistrate temporarily given absolute power by the senate under emergency conditions. The Emergency did not confer absolute power on Indira Gandhi. Instead, what took shape was something more insidious. Suspended laws let loose shadow powers and shadow laws. Nothing was more shadowy than Sanjay [Gandhi] and his coterie. Functioning behind the scenes, this unlawful authority drew on the prime minister’s lawful authority to set free a powerful coercive force. Under its command, ministers, bureaucrats and police officers at different levels were willing to issue and execute orders that were neither inside nor outside the law. It is in the prosaic details of their actions that we can read the story of the Emergency as a mode of exceptional exercise of power.