Anees Salim is an author and advertising professional. His published works include, among others, Vanity Bagh, The Blind Lady’s Descendants and The Small-Town Sea. He is currently working on his sixth novel. 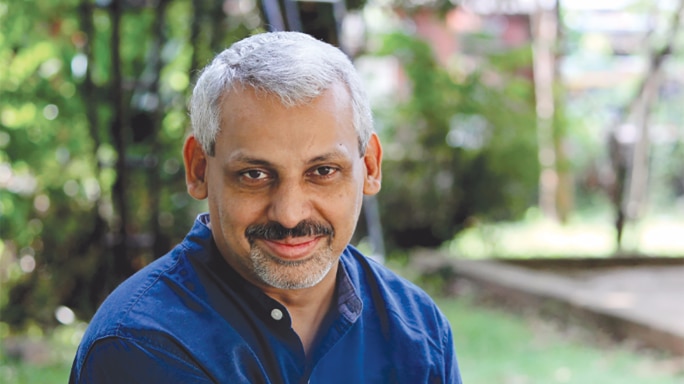 Set in Trinidad and Tobago, this book tells the story of an ordinary Indian man struggling to build a house of his own. It remains my all-time favourite, thanks to its comic power and its unfailing ability to leave me overwhelmed.

Reconstructed in a pseudo-journalistic style, the book explores the circumstances leading to the murder of the fictional Santiago Nassar by two brothers. I rate it above some of the more celebrated books by the master storyteller.

More than two decades have passed since I read this brilliant book about an Indo–Caribbean politician living in exile in a London boarding house. But I still remember the first snow of Ralph Singh, the protagonist, as if I finished reading it only a while ago.

Spanning over seven generations of a family, this magnum opus makes me feel that the best book in the world has been written and no one should even attempt to write a better one.

The Sound and the Fury (William Faulkner, Vintage, Rs 499)

This was the first book by Faulkner that I read. I consider it as his best because of its various narrative styles and the depth of its characters. It may not be an easy book to read, but it definitely is one that will touch you deeply.

Animal Farm and 1984 are indeed Orwell’s more recognized and discussed books. But, for some reason, this one is my favourite. And every few years I reread it, pretending that I don’t know the storyline.

The book is about a British professor who mourns the loss of his lover. Steeped in melancholy, this beautifully crafted book deals with various emotions and situations in the course of a single day.

The Room on the Roof (Ruskin Bond, Puffin Classics, Rs 250)

The fact that it was written when Ruskin Bond was just 17 crushed my confidence. Charmed by its simplicity and vivid sketches, I go back to it over and over again.

It was by sheer luck that I chanced upon this wonderful and liberating work of fiction. It was something different from everything I had read till then. And I doubt that the book has got the attention it truly deserves.

My love for travel and travelogues started with this gem. It is not just about places, it is about people, traditions, poverty and listlessness of the world.