Adventures of Padman, the Black Goat and much more 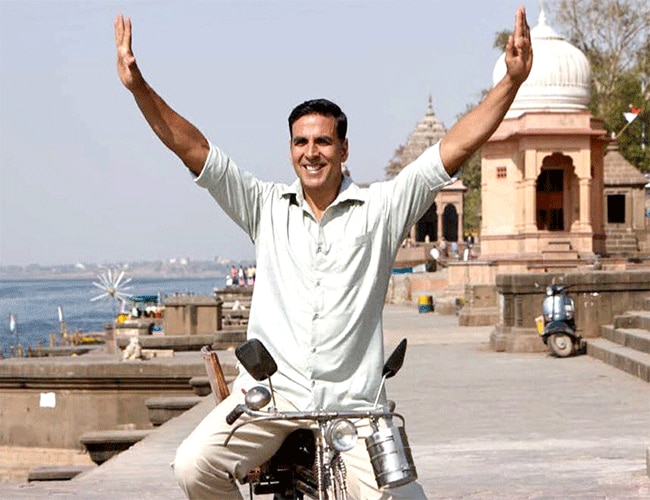 Then, dive into Steven Spielberg's The Post, a thrilling drama that taps into the core of journalistic ethics and responsibility (think All the President's Men and Spotlight). Starring Meryl Streep (as The Washington Post proprietor Kay Graham) and Tom Hanks (editor Ben Bradlee), the movie traces the challenges the paper faced in 1971 as it got ready to publish the secret Pentagon Papers on the US government's role in the Vietnam War. It's a relevant movie for the age of fake news and when the freedom of the press has been gagged.

Pamper the bookworm within and indulge your grey cells with the Jaipur Lit Fest and the Kolkata Literary Meet. Culture vultures, take a trip down south to Kerala for the 10-day music festival Swathi Sangeetholsavam. Take in the desert sun while in Jaisalmer for its Desert Festival, or Bikaner for the colourful camel fair.

Perumal Murugan returns from a self-imposed exile with the tale of a goat, the elderly couple that looks after her and a strange world they inhabit, one that thrives on queues and form-filling. Poonachi or The Story of a Black Goat (Westland) is a fascinating, yet deeply political novel, ostensibly about the coming-of-age of an animal struggling to understand her place in a land that seems scarily familiar. Then there is Clouds by Chandrahas Choudhury (Simon & Schuster), as much about a Parsi divorcee leaving Mumbai as it is about a tribal boy from Odisha stuck looking after two cranky Brahmins. There's also Indira by Devapriya Roy and Priya Kuriyan (Westland), a beautiful graphic novel and biography of Indira Gandhi.

Also for the bookshelf: Do give Sanjoy Hazarika's brilliant Strangers No More? New Narratives from India's Northeast (Aleph) a shot as well.

After Philip K. Dick's Man in The High Castle, Amazon Prime returns with a very Black Mirror-esque 10-episode sci-fi series Electric Dreams. The anthology has an impressive cast, including Steve Buscemi, Terrence Howard and Anna Paquin. There is also American Crime Story, this time on the 1997 murder of designer Gianni Versace, based on Vulgar Favors, a book by Maureen Orth.