The artist uses physical space to convey the psychological realm. 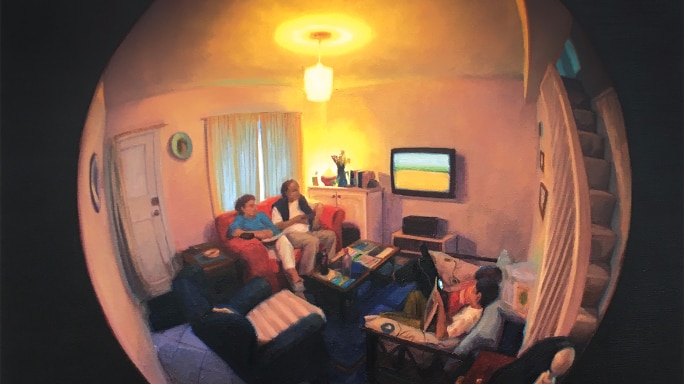 In his paintings, Abir Karmakar uses physical space to convey the psychological realm. In his series In the Old Fashioned Way, for instance, Karmakar provocatively struts around naked in his apartment. While the works are about the artist asserting his fluid sexuality, they are also about how that assertion is possible only within the safe confines of his home. Scent, on the other hand, is a series that depicts empty rooms as spaces of past intimacy. In each of these works, Karmakar, who completed his MFA from M. S. University, Baroda, turns the viewer into a voyeur, giving one access to a scene that is private.

In ‘View V ’ we peep into a rather regular living room, but the fisheye perspective reminds us that the artist, and perhaps the viewer, is an outsider to this domestic space.