The Future of Tech

From self-driving cars to space travel, we answer your questions about where technology is heading 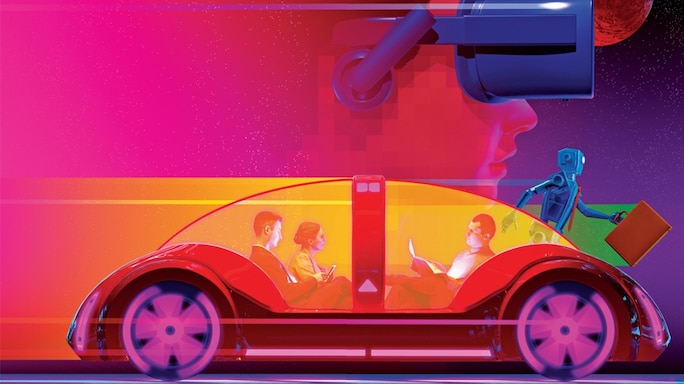 Every day, it seems, a new techy term pops up, leaving us non-techies asking questions in what sounds like a foreign language. “What is an NFT?” for example. And “Where, exactly, is the metaverse?” If you’re confused, you’re not alone.

While it might feel as if technology is speeding up, it follows a predictable formula called Moore’s Law, which has correctly predicted the pace of human advancements in technology for nearly six decades. Moore’s Law suggests that the number of transistors on a computer chip will double about every two years. This is a reliable indicator of how much and how quickly technology will change. And while Moore’s Law has held true for all this time, it hasn’t stopped other key trends in tech from accelerating far faster than computer chips can keep pace. From a new space race pitting billionaires like Elon Musk and Jeff Bezos against each other to big advancements in the artificial intelligence, or AI, that powers robots and self-driving cars, we will answer some crucial questions to keep you on the cutting edge of the future of tech.

Question No.1: When will I have a Self-Driving Car?

Like the jetpacks sci-fi writers have promised us since the 1920s, the vision of a self-driving car that whisks us to work while we read the news has proved to be more problematic to implement in practice than in theory. So-called advanced driver-assistance system (ADAS) features are available in some cars, such as Tesla’s electric cars, but they’re not what would be considered self-driving. Tesla’s auto­pilot tool can help you stay in your lane while driving on the highway, but it’s graded only a Level 2 on the five-stage system of automation developed by SAE International, a driving standards organization. Level 5 would be a full self-driving experience with hands off the steering wheel. We aren’t there yet.

But that’s in the United States. Look farther afield and the future is closer. “If you look at China, the big cities like Shanghai and Shenzhen have self-driving cars doing passenger transportation,” says Ferdinand Dudenhöffer, director of the Center for Automotive Research in Duisburg, Germany. The self-driving taxis, which are run by Chinese auto and tech giants, are part of a country­wide plan to increase the sales of Level 4 vehicles—which allow drivers to switch off mentally while still ­requiring them to keep their hands on or near the wheel—to around 20 per cent of the total by 2030.

What works in China might not work elsewhere, admits Dudenhöffer—not least because of differing attitudes about how data should be used. Chinese citizens might accept having the journeys of their vehicles tracked and analyzed to improve traffic flows, but those in other countries may be reluctant to agree to that tracking. Privacy concerns may stymie the promise of kicking back on your commute. Self-driving cars must constantly generate data from their sensors and software to make driving decisions—otherwise they would crash.

Question No.2: What is the Metaverse?

You’ve likely been unable to avoid talk of the metaverse in the past few months. The term, first coined by sci-fi author Neal Stephenson in a 1992 novel, has become a vision of the future of technology in our lives. And if the hype is to be believed, it’s where we’ll be living the rest of our digital lives.

“The metaverse is a further convergence of our physical and digital lives,” says Cathy Hackl of Futures Intelligence Group, a consultancy. Put plainly, the metaverse is a 3D virtual space that can be accessed through virtual reality goggles, adding elements of the digital on top of our day-to-day lives. You could attend concerts and conferences in the metaverse, staged in a 3D digital representation of a nightclub or conference centre. Elsewhere, you’ll shop for shoes in a virtual Nike store or order food in a virtual McDonald’s and have it delivered to your real-world home. “It’s the future of the Internet. But it’s also about further connectivity,” says Hackl. 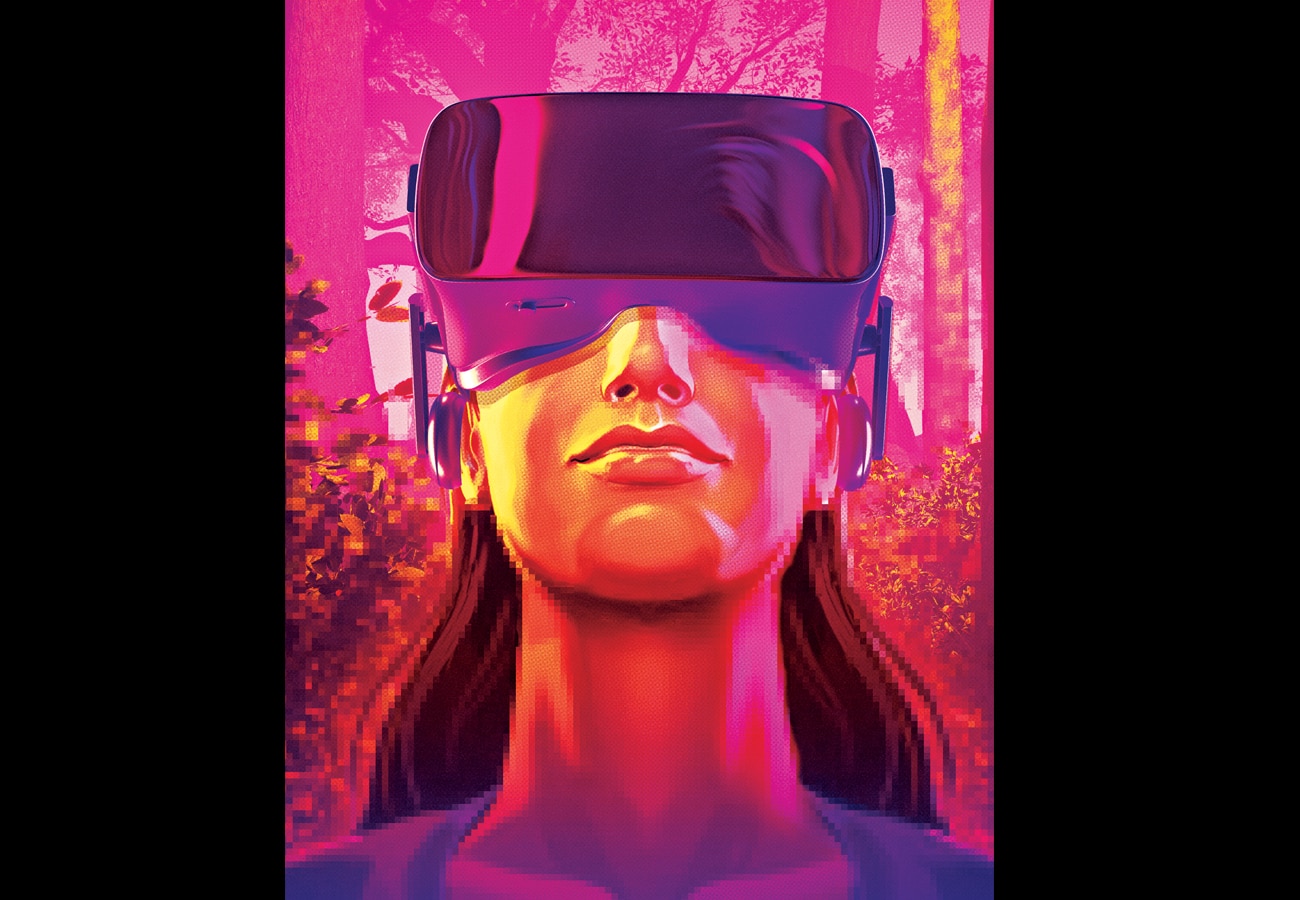 So far, most of the attention around the metaverse has been focused on the company formerly known as Facebook, which rebranded last year as Meta in an indication of how strongly it believes in the future of the metaverse. Founder Mark Zuckerberg wants a billion of us to live, work and play in the metaverse by 2030. But Hackl warns people not to view the social media giant as the centre of the metaverse. “It’s not just one company,” she says. “No single company can build it, either.” It’s also not enabled by a single technology, even though right now the way to ‘enter’ the metaverse is to strap on a pair of virtual reality goggles.

While the early running may be made by Meta, the momentum will be picked up by others. And just because we have an idea of what the metaverse will look like now, it doesn’t mean that’s what it’ll end up as, Hackl cautions. “The way I explain it is we’re in a high-speed train, destination metaverse,” she says. “We don’t know the stops, but we kind of know where we’re heading.”

Question No.3: Will Robots Take my Job?

Science fiction novels often turn into a dystopian nightmare partway through—and for blue-collar workers who are the bedrock of the labour force, there’s a suspicion about the way the robot revolution story will end. By 2035, one in three jobs could be automated by robots, predicts PwC, a business consultancy.

“Robotics is traditionally applied to problems that fall into the categories ‘dirty,’ ‘dull’ and ‘dangerous’, ” says Jonathan Aitken, a robotics expert at the University of Sheffield in the United Kingdom. “Automation of a repetitive process is always achievable. The lack of variability means that the process is the same, time after time. This is the reason that robots fell naturally into automotive production.” It’s been the case since the first robots appeared on production lines.

But it’s not just blue-collar jobs that are feeling the squeeze from the rise of the robots. White-collar roles are also affected, particularly those focused on data sorting, a task well-suited for artificial intelligence. Financial services is one area that has turned to automated robots enacting trades. When a computer can pick stocks better and quicker than a human, it makes sense to utilize them, and almost all Wall Street firms do.

Jobs where workers are less likely to be replaced by robots include those in healthcare, although surgical robots, which are controlled by remote health-care professionals in order to carry out more precise procedures, are already being used in hospitals. However, the gentle touch and caring reassurance of a well-trained nurse or doctor can’t be replicated by a robot automaton.

“It’s important to ask the question of whether we want robots doing certain jobs,” says Aitken. “In replacing a human, especially in a human-facing role, we’re being asked to accept the robot. This is something that’ll take time to achieve. People still like people.”

Question No.4: What is an NFT?

Few things worth $44.2 billion are as misunderstood as NFTs, but then few things have captured the zeitgeist like NFTs. The letters stand for the words non-fungible tokens, which are one-of-a-kind digital objects that can’t be exchanged for each other or copied because of their encryption.

“What most people see as an NFT is art,” says Nick Donarski, founder of ORE System, a company that deals in NFT technology. For example, instead of owning a physical painting, you could buy ownership of an NFT, an original piece of digital art. Some of the world’s biggest celebrities, including Gwyneth Paltrow, Paris Hilton and Jimmy Fallon, proudly show off their NFT collections.

Celebrities have often spent hundreds of thousands to buy the right to an NFT from collections with themes such as bored apes and pixelated punks. But despite the big-name endorsements, NFTs have faced a wave of criticism. NFTs have ended up being stolen or found to be using images that don’t legally belong to the artists behind them. Other NFT projects have been uncovered as get-rich-quick scams for the creators, while those who own the artwork are left holding the bag.

If NFTs can overcome the bumps and bruises of their early negative publicity, they could become a commonly used bit of technology. The key word is ‘if’. 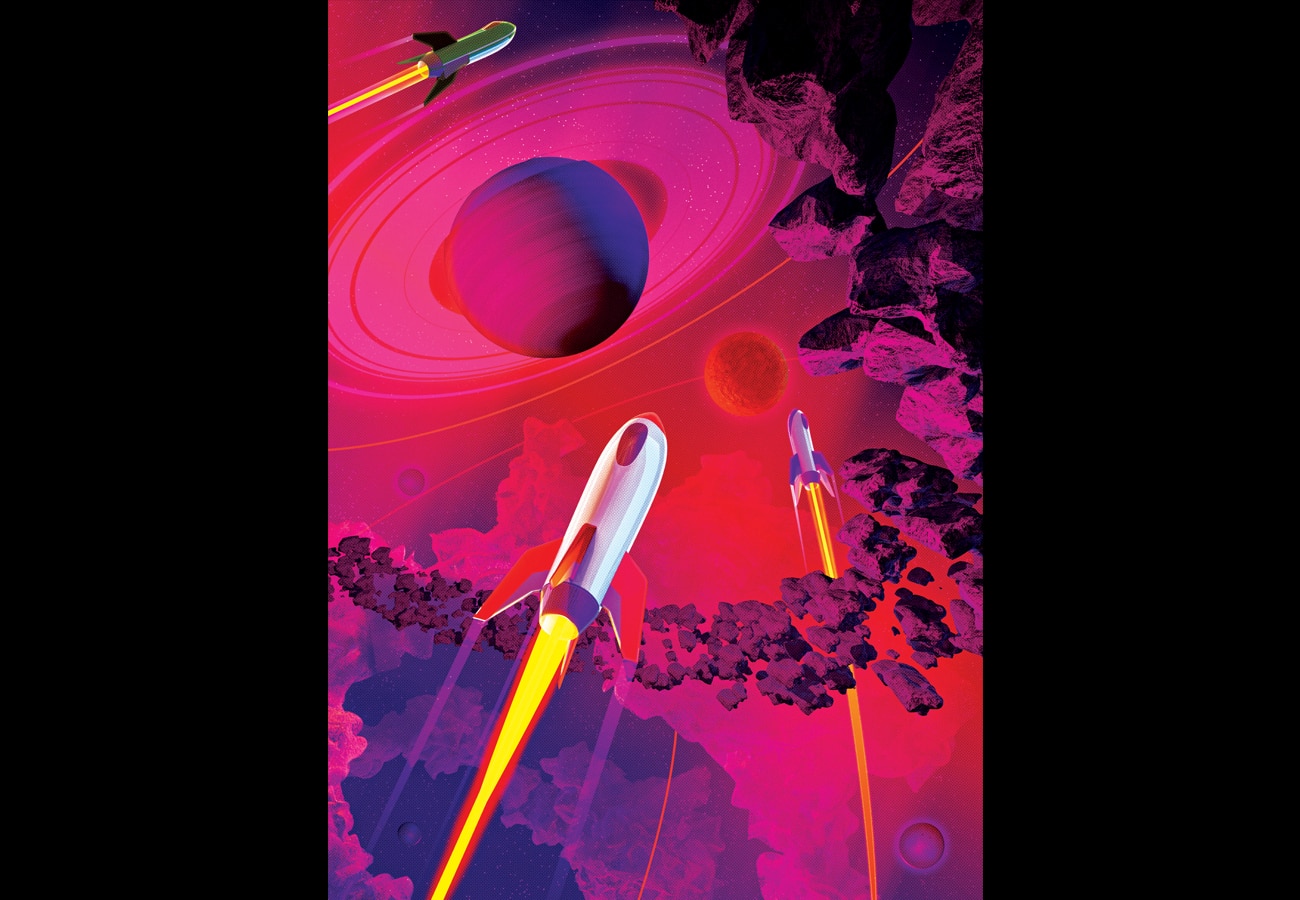 Question No.4: What’s Next in Space Travel?

Fifty years ago, astronauts travelled to space in rockets designed, built and maintained by NASA and paid for by government funding. Today, the astronauts are often billionaires enjoying a journey into low orbit on a rocket they paid for from their billion-dollar bank accounts.

The change feels like a giant leap, but it makes sense, says Laura Seward Forczyk, founder of Astralytical, a space consulting company. “More and more of modern civilization relies on space,” she says. Huge numbers of satellites orbit the planet, connecting us to everything from cell phones to GPS to Netflix, and there is big money in maintaining those systems. “This doesn’t get a lot of headlines, typically, but there are profit reasons why private companies want to go into space,” says Forczyk.

And as private enterprise learns more about putting rockets and satellites into space, they’re able to help the likes of NASA on their missions. That’s important because NASA itself has become financially constrained. From its 1966 peak, where spending on the space race took up 4.4 per cent of the US federal budget, that spending is now less than 0.5 per cent of the country’s total budget. “NASA is using commercial companies to build a lot of the hardware to do a lot of those services of taking scientific payloads to the surface of the moon,” says Forczyk.

The hope is that people will follow—possibly by 2025, but more realistically, says Forczyk, by 2030. If you’re wondering why we’re going back to the moon since mankind has already walked its surface, the answer is that we explored only part of it. “We know a lot more, but we also know so very little,” says Forczyk. “So we want to go back with people to learn more, but more importantly, we want to go back to live and work there.”

Some even see the moon as an eventual staging area for human ­exploration of deep space. Mars is seen as the next stepping-off point toward the final frontier—though whether we’ll get there in our lifetimes is another question.