Yeast: It Rises To The Occasion, Always

You cannot imagine your bread and pizza without this essential ingredient 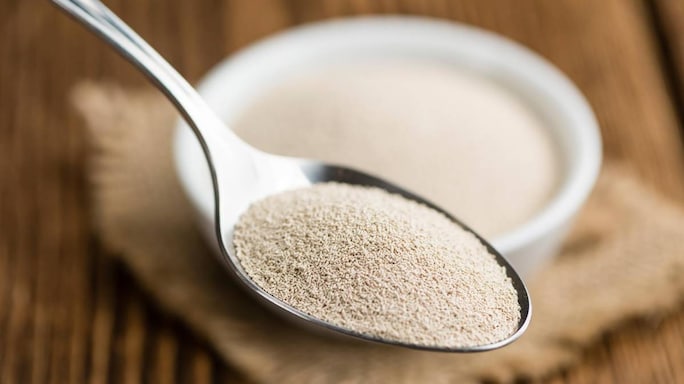 Did you know that yeast is a form of fungi that is so tiny that 20-30 billion of them together can weigh as little as one gram?

But when they work together, they create magic. In fact, your bread, beer, wine and other beverages cannot be what they are without yeast. That is how pivotal these tiny organisms are and they have shaped our food habits since centuries. The sweet aromatic smell that strikes you when you enter a restaurant that serves pizza is nothing but yeast and dough coming together.

Yeast remains one of the most ancient discoveries of mankind with the Egyptian civilization possibly using it more than 5,000 years ago. It was used as a leavening agent for bread and for producing alcoholic beverages.

But it was not until the late 19th century that Louis Pasteur scientifically proved that it was yeast that was responsible for fermentation of alcohol and for making the bread light and fluffy.

Does yeast have any health benefits?

Yeast’s task doesn’t end with making the bread flavourful and fluffy. It can be a source of essential vitamins too. “People who eat a vegan diet are often told to include Brewer’s or nutritional yeast for its B12 content. However, yeast does not naturally contain this vitamin and will only be present if fortified with it. Be aware that certain brands, but not all, contain B12,” says an article by Harvard T.H. Chan School of Public Health.

Bakers and chefs swear by ‘baker’s yeast’ which is produced commercially for making breads. The two most popular varieties are instant and active dry yeast. Instant yeast absorbs the liquid rapidly because it comes in the form of smaller granules, and doesn’t need ‘proofing’. Active dry yeast, on the other hand, needs to be ‘proofed’ or mixed in warm water and sugar so that it gets activated.

There are some who say that dry yeast should always be kept at room temperature, as we are talking about ‘living organisms’. But others contend that keeping it in the fridge extends its shelf life. It is best you follow the instructions on the product. And, never use yeast after its expiry date.