Snakes And Ladders: Born In India, This Game Has Wowed The World

This board game can be enjoyed by both children and adults 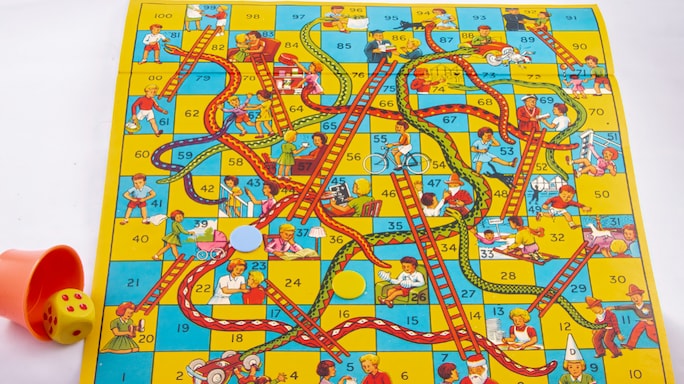 Snakes and ladders is one board game that most of us have played at some point in our lives. You roll the dice, and the fun starts. Each player tries to quickly climb the ladders and reach the top. But it’s not that easy as you have snakes waiting to bite you and push you down to lower-numbered squares.

While the ladders represented good deeds, the snakes, on the other hand, symbolized sins. The goal of the game was to avoid the vices and reach salvation, represented by the last number on the board. The roll of the dice is, of course, luck and destiny.

Although the game is still determined by luck and chance, in terms of appearance, snakes and ladders has undergone changes over the years. It is said there were more snakes than ladders in the earliest versions—the game has fewer snakes now.

The game's association with moral lessons has waned; it is played more for fun. Of course, a game of snakes and ladders with family can be a great way to bring everyone together.