Why Mistakes And Failures Are Critical For Building A Happy Family

Failures and mistakes are like dots in the big scheme of things. They trace the right path for you. We all need to be reminded that they are just fine and that they are a huge part of growth and success "All things are difficult before they are easy"—Thomas Fuller

While I was growing up, I often heard my teachers say things like, "Oh, Tina is gifted in algebra." While watching the Olympics I would hear my parents say, "These gymnasts are born with such agility." When we would pass by a swimming pool, I would hear Mum say, "I have no idea how people swim so well."

These natural and innocent statements shaped my beliefs about talent. They gave me a fixed mindset. I believed people were born with certain talents and abilities and if they didn’t have a particular one at birth, then they never would. Hence, I rarely focused on algebra because I could see I was not ‘gifted’ in it. I did not even try to be a gymnast because I was ‘not born with that agility’ and I never stepped into the pool because ‘I did not have any idea how people swam’.

Nobody told me when I was a child that algebra always seems difficult at first, but if you keep trying to befriend it, you will have a lifelong friendship with numbers. Nobody told me that gymnasts train all the time to master that agility. Any child’s body can transform through regular practice and rehearsal. Nobody told me that no child is a born swimmer. With dedication and practice, you can master floating in the water and swimming in deep oceans.

I learnt about the growth mindset from Samaya one day at the dinner table. I was finishing some paperwork and I said, "Oh no, how could I have made that mistake!" Samaya instantly said, "Mumma, don’t worry. Mistakes make your brain grow bigger." She was unstoppable as she continued, "Ms Sandra tells us the brain gets stronger and smarter if we keep trying. You must keep trying and trying, Mumma."

I found this adorable, but I later realized the deep significance of the statement. As a live performer I knew that even a single mistake could be disastrous. Singers and live performers live with the fear and burden of that mistake creeping in. So I wrote out and framed the quote, "Mumma, don’t worry about mistakes. They make your brain grow bigger." And I put it up in my room to see and reflect on daily. It caused ripples of relief and respite on many days. A simple statement from a toddler made me realize the unreal benchmarks we set for ourselves. The stress we invite by the idea of ‘perfectionism’. The fear of making mistakes is programmed into us very early on. When we are criticized as children over making mistakes or when we watch parents suffer over their own errors, we observe and imbibe this unhelpful trait for life. 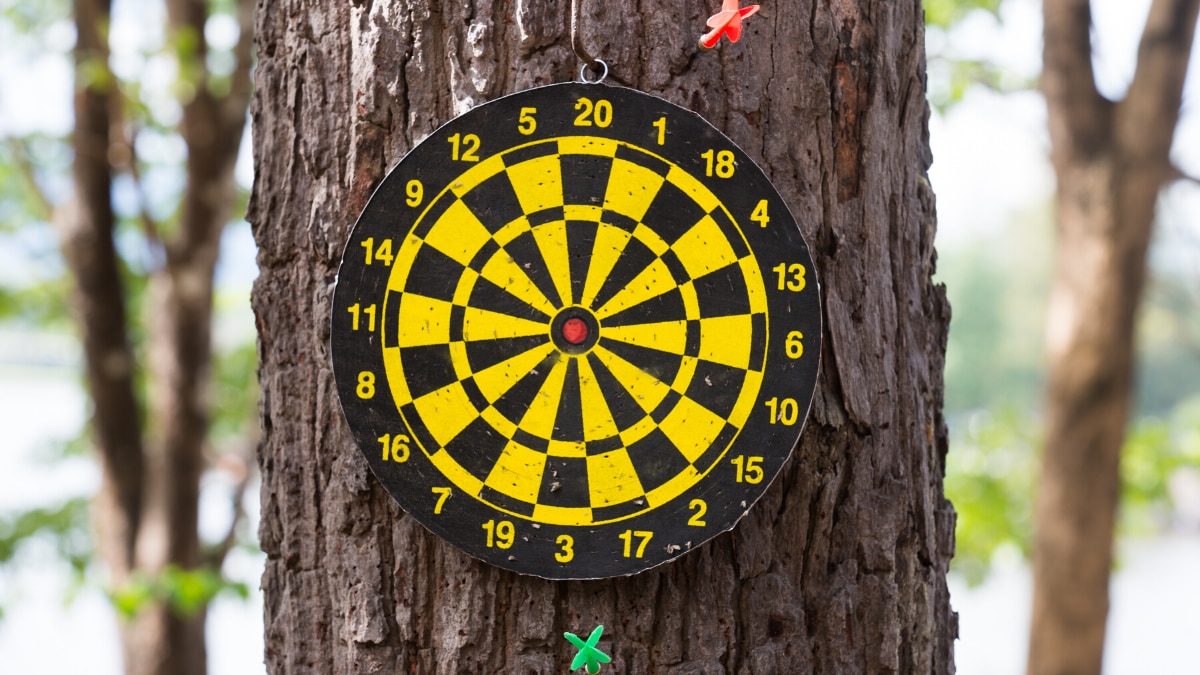 Sometimes, making mistakes and missing your targets may help you learn lessons you wouldn't have, otherwise. (Photo: Shutterstock)

We all need to be reminded that mistakes are just fine and that they are a huge part of growth and success. However, the regular belief is the opposite. We are hardwired to believe that mistakes will translate into a punishment of sorts, mistakes are always bad, and successful people never make mistakes. Adults spend a lifetime not trying something simply because the fear of failing cripples our moves. Had someone defined ‘failure’ differently to us, we would all be far more adventurous and far happier.

"The greatest mistake a man can ever make is to be afraid of making one," says Elbert Hubbard.

Words such as ‘failure’ and ‘mistake’ have been defined faultily to us. We dread ‘failures’ and ‘mistakes’ greatly and pass on our beliefs to our children. The truth is, how can we achieve greatness, versatility and a fearless attitude if we fear failing so much?

Failing is as important as success. I guess that’s why Einstein and Edison loved their failures. They would celebrate them. It gave them clarity that a particular tactic or approach would not work, and it was a signal to move on.

Failures and mistakes are like dots in the big scheme of things. They trace the right path for you. Sadly, people take them so personally and give up their journey, not realizing that a failure or mistake is not a cul-de-sac. We must correct this with our children and give them a new perspective. We must encourage them to make mistakes because that means they are trying out new ideas and venturing into new territories every day. The word ‘failure’ makes you lose hope. On the contrary, it should give you clarity that if a particular path does not work, you either need to try harder or find another conduit.

Billionaire Sara Blakely, founder of the revolutionary business Spanx, has taken many risks in her life and seen many failures. Interestingly, we see only her success and have no idea of the decade of failures she went through. She failed as a stand-up comedian and as a lawyer, failing her LSAT twice. She made a living selling fax machines for seven years. Sara Blakely was rejected daily. She learnt a lot through those rejections. She kept moving ahead and learnt that many ‘no’s can lead to a yes only if you stay positive, focused and never give up.

One day, she hit upon an idea when she cut off her pantyhose. She came up with the concept of an undergarment for women that would be seamless and a tummy tucker, butt lifter and lifesaver. Knocking on many doors, facing much rejection and making a lot of mistakes was a journey she calls educational. Having a growth mindset made her hone her product, her idea and her pitch, and, in turn, her passion kept growing. Needless to say, Spanx became a path-breaking idea and a household name that made Sara Blakely a billionaire. This was simply because she embraced ‘mistakes’ and ‘failures’.

Do this with your children

As a child, Sara Blakely’s father would ask her the same question every weekend.

"What did you fail at, this week, Sara?"

He did not care what she had accomplished or how high her scores were. He was keener to know what she had tried but failed at. When she told him about her failures and mistakes, he would give her a high five. Do you realize what he was doing? He was reprogramming her mind to believe that mistakes and failures are fine and a huge part of your journey. Most importantly, he was reminding her that she would still be loved and appreciated in spite of failure. Sara Blakely owes her risk-taking entrepreneurial skills to this simple weekend ritual she had with her father, where she knew her failures and mistakes were being embraced.

So go ahead and ask yourself and your children, "What did we fail at, this week?"

Excerpted, with permission from, Building A Happy Family: 11 practices of mindful parenting by Raageshwari Loomba Swaroop, published by Ebury Press, an imprint of Penguin Random House