How to Fine-Tune Your Metabolism

Adjusting over time will help you stay thinner—and healthier 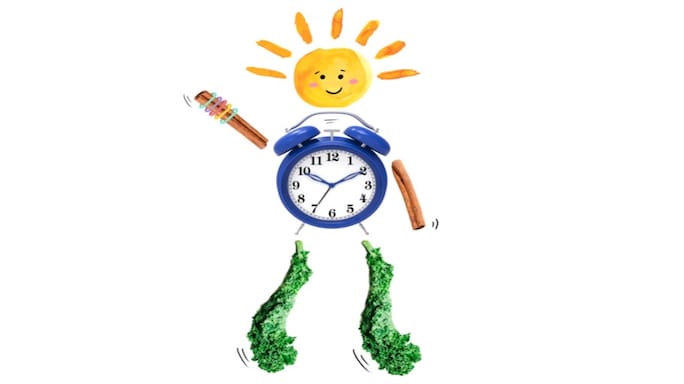 Danielle Payton’s metabolism was a mystery for most of her adult life. When she was 18, she weighed 75 kilos, which made little sense to the five-foot-four-inch high school shot-put champ. “I was a very healthy eater—coming from a family of pescatarians and vegetarians—and an athlete, and I couldn’t lose a single kilo,” says Payton.

Just before college, she was diagnosed with polycystic ovary syndrome(PCOS), which causes imbalances in the hormones that regulate both the reproductive system and metabolism.That solved part of the mystery—women with PCOS are prone to weight gain. But Payton continued to struggle. By the time she turned 24, she weighed 95 kilos and had developed pre diabetes. Her search for a solution became more focussed and urgent.“I had to find food and exercise that worked for my body,” says Payton,who lives in Miami and is co founder of kuudose.co, an online fitness and wellness programme. For her, that meant giving up processed and fried foods, eating more animal protein,doing short daily bouts of walking(30 minutes) and strength training(5 to 15 minutes), and taking a probiotic supplement. She also takes doctor-prescribed medication for PCOS(metformin/spironolactone), which seems to help keep her weight in check. It took her four years, but Payton ultimately lost about 40 kilos and now is fairly steady at 55. “Mentally, I am tougher because of this process of standing up for my body and figuring out what worked for me,” she says. “No one knows your body like you do, and listening to your body is crucial.

”Most of us have heard that a good metabolism is the golden ticket to weight loss, but that seriously underplays metabolism’s role in our bodies and in our health. Simply put, metabolism is the energy used by the physical processes that keep us alive. We burn up to 80 per cent of daily calories while at rest (referred to as basal, or resting,metabolism) by breathing, digesting,maintaining circulation and more. But while that fact inspires comparisons of your metabolism to a fire-burning furnace, it’s really more like a busy city transit system, delivering the right mix of chemicals to the right cells at the right times to extract energy from food and keep the whole machine (i.e., your body) running seamlessly. That’s why the first sign of a troubled metabolism may be the faltering of one of these systems manifesting as rising insulin, cholesterol or triglyceride levels or fat deposits around your waist—all markers of metabolic disorder, which heralds a higher risk of diabetes, heart disease, or stroke.

But your biggest risk—the ‘most universal contributor’ to metabolic decline according to an article co written by Nir Barzilai, MD, director of the Institute for Aging at the Albert Einstein School of Medicine—is ageing. Ageing naturally causes metabolic decline and also makes us more likely to require medications to address issues such as high blood pressure or depression that could slow metabolism. While there’s obviously no fix for ageing, you can learn to fine-tune your metabolism as your body changes over time, priming it to deliver the right mix of hormones, much as Payton did. “Find what works for you—then do it consistently,” she says. Here are some of the best small changes inhabit that can help you make strides in boosting your metabolism.

“Simply basking in early morning rays can increase your metabolism naturally,” says Ken Ceder, executive director of the non-profit Science of Light.That’s because our circadian rhythms,or master body clocks, regulate the hormones crucial to metabolism and hunger control, including insulin, cortisol and leptin. Our circadian rhythms work best when in sync with the sun,receiving bright light in the morning and diminishing rays toward sundown.To get your daily dose, spend at least 15 minutes every morning outdoors in sunlight, without sunglasses so the sun reaches your eyes’ photo receptors.(Don’t stare at the sun; you will get the benefits passively.)

Sleep is the reset button for your metabolism. Prepare your brain for bedtime by dimming the lights a few hours beforehand—turn off bright overheads and turn on bedside lamps equipped with warm or amber-toned bulbs.Also, “if your slumber is constantly interrupted by light snoring, then you are missing out on calorie-burning benefits,” says Bindiya Gandhi, a family medicine doctor in Decatur, Georgia. The fix may be as simple as using a breathing strip on your nose to help open constricted sinuses at night. (Just ask your doctor whether you should be tested for sleep apnoea, since snoring is a common sign of the serious disorder.)

If changing your diet is too overwhelming, try a form of fasting. A 2020 review in the Journal of the Academy of Nutrition and Dietetics concluded that intermittent fasting regimens can be a promising way to lose weight and improve metabolic health. There are many approaches, such as overnight fasting (don’t eat between 7 p.m. and6 a.m.) or the 5:2 method (eat about 25 per cent of usual calories two days a week). Ask your doctor first. Trying it even once or twice may jump-start other healthy habits.

Try this easy system: In the morning,put five rubber bands on your wrist.Every time you drink 16 ounces (two cups) of water, take off a band and put it on the bottle. German researchers found that metabolic rate jumped by 30 per cent for up to 40 minutes in 14 volunteers after they drank 16 ounces of water. The researchers estimated that over a year, increasing your water consumption by two cups a day could burn an extra two kgs or so. Since much of the increase in metabolic rate is due to the body’s efforts to heat the liquid, make sure the water you’re drinking is icy cold. 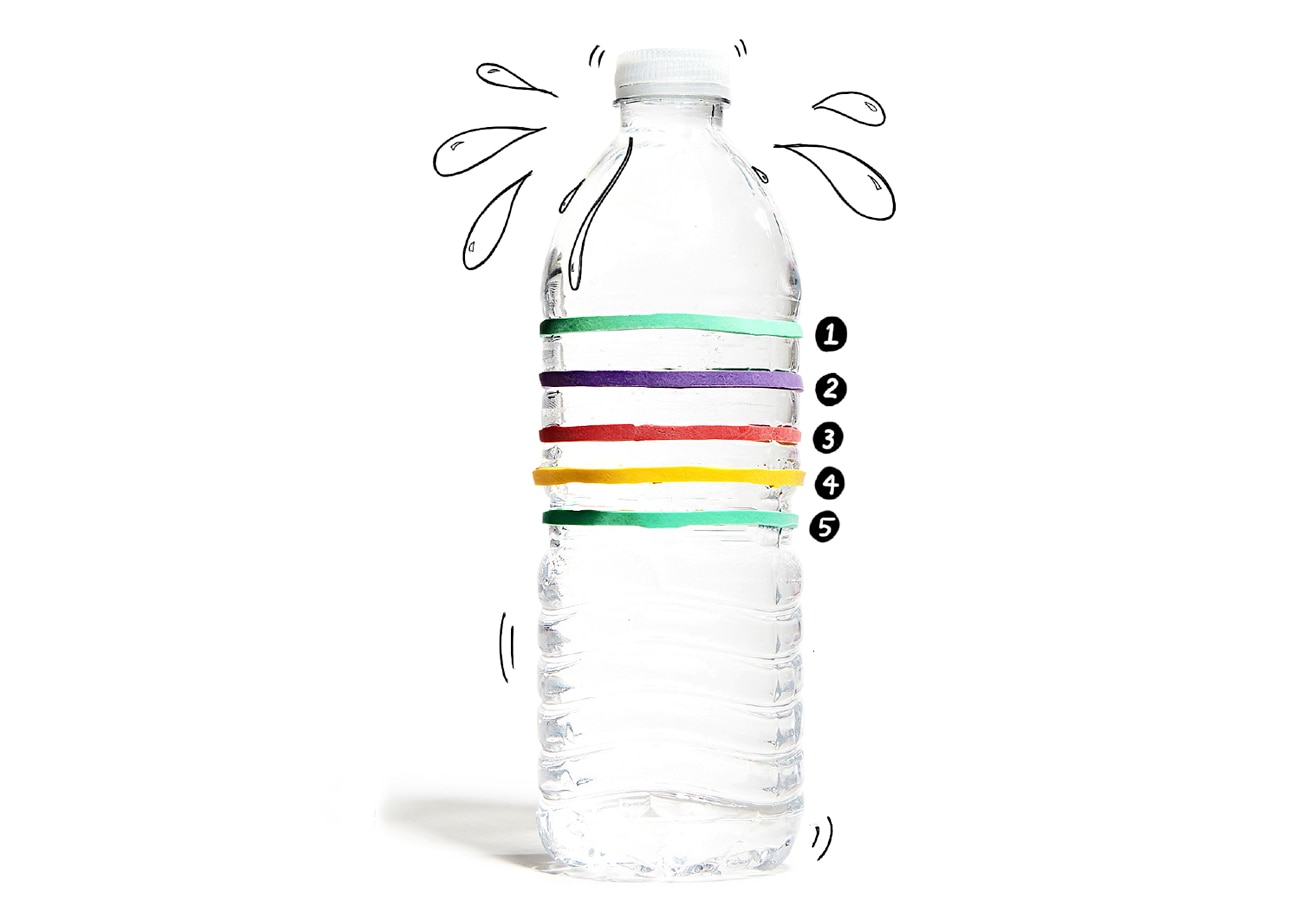 “Healthy gut bacteria optimize your metabolism by helping your body extract nutrients from your diet more effectively,” says Amy Gorin, MS, RDN. A daily serving of probiotic-rich foods such as yoghurt, kefir and unpasteurized sauerkraut might help, though so far studies have been inconclusive on the total benefits. Yoghurt has an added advantage—dairy foods may lower the risk of metabolic disorder, according to an analysis in the British Journal of Nutrition. Preliminary studies have found that some probiotic strains help with weight loss (Lactobacillus rhamnosus)and body fat reduction (Lactobacillus amylovorus). “Ask your health-care provider about a probiotic supplement,”recommends Gorin.

A number of well-documented studies show that high-protein diets may help adults lose weight while maintaining lean muscle mass (one of the main drivers of a naturally high calorie burn), according to a 2020 analysis in Nutrition. Protein also unleashes a cascade of metabolic signals from the gastrointestinal tract to tell the brain that it’s full. However, long-term high protein diets can be harmful to the kidneys, so consult your doctor.

Severe, long-term calorie restriction doesn’t work, because your metabolism is mainly determined by your body composition—the more muscle mass you have, the more calories you burn throughout the day. “When you lose weight quickly, your body is breaking down its muscle mass,” says Susan Berkman, RD, of the Ohio State University Wexner Medical Center.“When you resume eating normally,your metabolism is slower than when you started the plan because you have less muscle.” Result: You gain fat.

Cold weather is one of nature’s most powerful metabolic boosters, helping increase your levels of brown fat—the type that burns more calories even when you’re at rest. “Going outdoors in cold weather can increase your non-exercise activity thermogenesis(NEAT) score, helping you torch calories,” says Kristen Koskinen,a registered dietitian nutritionist in Richland, Washington. “ The metabolic act of staying warm is an easy way to boost your metabolism without breaking a sweat.” Taking a cold shower (or finishing a steamy one with a cool rinse-off ) might also give your metabolism a quick boost by forcing your body to shiver—which requires energy (and calories)—to warm up. But since the long-term effects on weight loss are unclear,you’ll have to decide whether the torture is worth it.

Curl Up on the Couch with a Book

Wait—being a couch potato can help your metabolism? If you’re totally relaxed, then yes. “Stress increases the level of the hormone cortisol, which can cause metabolic dysfunction if it’s constantly elevated,” says Gandhi.The cure is to do something daily that will help you completely de-stress,whether that’s watching a movie, taking a long bath or reading a book.

Sweeten the Deal with Cinnamon

In test tubes, cinnamaldehyde—the compound that gives cinnamon its flavour and smell—spurred human fat cells to burn extra fat. In animals, a regular dose has been shown to help control blood glucose. Human studies are scant, but it can’t hurt to slay a sweet craving by stirring a dash into coffee,oatmeal, yoghurt or a smoothie.With additional reporting from thehealthy.com