Hats Off: Stylish And Functional, A Headgear Can Be A Man's Best Friend 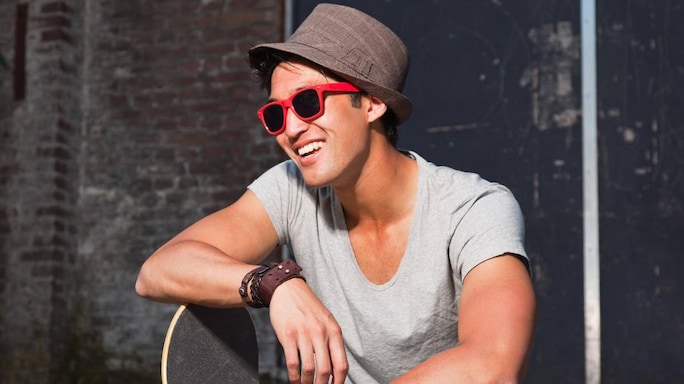 A hat is not just a fashion accessory. Sure, it can help you stand out in a crowd, but it also gives your head ample protection on a cold as a well as a hot day.

Hats come in various designs and you can pick one that best suits your style and requirement. We take a look at some:

Different hats that you can don

A flat cap hat or a newsboy hat (boys selling newspapers would wear them) was extremely popular in the early 20th century England and America. The hat was associated with the working-class population. Known for their short, rounded front brim, these hat are now back in vogue—from Prince Charles to David Beckham, everyone sports a newsboy hat once in a while.

Once a symbol of female empowerment, Fedora hats were worn by both men and women in the first-half of the 20th century, but the style fizzled out by the later part of the century. A Fedora has a tear-drop shaped crown and a pinched front. Michael Jackson was rarely seen without his Fedora on stage. Songwriter and artist Yoko Ono is often seen sporting a Fedora.

Although called Panama hat, this hat traces its origins to Ecuador. Made from the straw of the toquilla palm plant, found in South America, a traditional Panama hat is light-coloured and is ideal to beat the heat. However, if you are not a fan of pale colours, Panama hats are now available in variety of shades. They are known for being lightweight and super-comfortable.

Baseball cap or dad hat is casual and comfortable wear. Originally designed to shield players’ eyes from the sun, this cap has become increasingly popular in the last few decades. A snapback hat is quite similar to a baseball cap, but has a flat brim.

Bucket hats look like inverted buckets with flared edges and are a favourite among people across ages because they are easy to wear and provide good head coverage.

Just like you take care of your clothes, you should also spend a little time to ensure your hat stays in good shape. If you have a Fedora made of felt or any other fabric, remove the dust with a soft-bristled brush or a lint roller. To tackle the sweat, wipe down the inside and outside of the hat with a damp cloth.

Flat caps or newsboy hats can be hand-washed with a gentle detergent. Tanned leather hats can be treated with commercial conditioners to revive their looks. Store them in a cool, dry area to avoid direct sunlight.