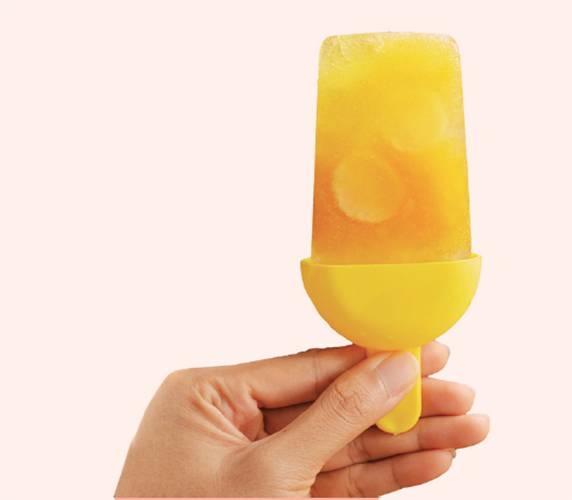 Make your own  sports drink

Coconut water contains natural  electrolytes, including potassium and sodium, which are critical to proper nerve and muscle function. Instead of grabbing a commercial sports drink that contains unnecessary sugar, calories and artificial dyes, mix equal parts coconut water and fresh-squeezed juice (and a dash of raw honey, if you like it sweet)  for an all-natural version.

Turn these summer treats into a re-fuelling tool. Blend a hydrating fruit such as watermelon (which contains 91.5 per cent water) with lemon juice (an excellent source of potassium). Add coconut water for an electrolyte boost and raw honey for a touch of sweetness, if you like. Then fill ice-pop moulds and freeze for about an hour.

No one wants hot soup on a summer day. Instead, make a classic gazpacho by blending tomato (which contains 94.5 per cent water) and cucumber (which contains 96.7 percent water) with a little garlic and sea salt. Or  experiment with cold soups made from other foods with high water  content, such as cauliflower, celery, spinach and zucchini.

One study that appeared in the journal Applied  Physiology, Nutrition, and Metabolism showed that athletes who consumed milk or milk-based products had better fluid retention than those who drank Powerade, a sports drink. The protein in milk also helps your body recharge after physical exertion. For the healthiest choice, go for low-fat varieties.