13 Body-Fat Secrets You Need to Know

Is all body fat created equal? Are some body fats actually good for you? These fascinating fat facts will change how you think about the human body 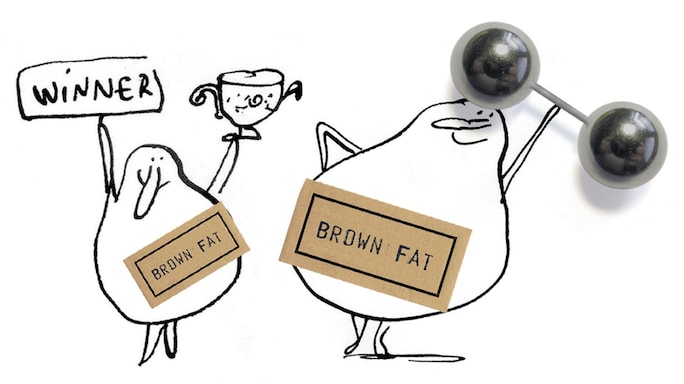 Those extra kilos should be avoided at all costs, right? Actually, while being overweight isn’t generally good for our health, not all fat is created equal—some may even be beneficial.

There are two major kinds of body fat. White fat—the most abundant type—is what you feel when you ‘pinch an inch’ on your mid­section. Brown fat, found mainly in the neck region, burns energy rather than s­toring it the way white fat does, according to Scott Kahan, MD, director of the National ­Center for Weight and Wellness in Washington, DC, USA.

Brown fat may also ward off diabetes. According to a study in Cell Metabolism, individuals with higher amounts of brown fat had smaller fluctuations in blood sugar and thus a reduced risk of developing diabetes.

Infants have high levels of brown fat, which helps regulate their body temperature. Sadly, we lose it as we age, and adults have only small amounts.

Adults can rev up brown fat by exposing themselves to cold temperatures. In a recent study, people who slept in a mildly cold room (about 19 degrees C) increased the amount and activity of their brown fat by up to 40 per cent. Sleeping in mild warmth (27 degrees C), however, decreased their amount of brown fat. Cold showers don’t seem to affect it.

Brown fat does have its drawbacks. Radiologists don’t like it, because the heat it generates makes it harder for body scans to detect tumour-related activity in cancer patients. Although there’s no firm evidence that any specific foods or nutrients can activate brown fat, radiologists routinely recommend that patients eat a high-fat, low-carb diet before scans on the grounds that this reduces brown fat activation. (This suggests that a low-fat, high-carb diet could boost brown fat activity.) Radiologists even keep their waiting rooms warm to avoid activating brown fat.

Just as brown fat isn’t perfect, neither is white fat all bad. Even though people tend to demonize it, white fat delivers important health benefits. It cushions and protects our vital organs. It helps keep us warm. And, of course, it stores calories for later use, keeping us from starving when food is scarce.

White fat can sometimes be turned into brown—it’s then called beige or brite (‘brown in white’) fat. Like brown fat, beige fat burns calories and can thus help combat obesity. Scientists are still trying to figure out how the conversion happens; one study points to a hormone called ­irisin, which our muscles produce when we exercise.

Fat cells’ ­sensitivity to temperature changes means there’s more than one way we can get rid of unwanted fat. Cooling treatments, such as CoolSculpting, literally freeze fat cells to death, explains Anne Chapas, MD, the director of Union Square Laser Dermatology and an instructor of dermatology at Mount Sinai Medical Center in New York City. The body removes these damaged cells over several months.

Heat can also be used to eliminate fat cells, says Chapas. “Several studies have shown that heating fat cells above 40 degrees C for a sustained amount of time can cause the fat cells to undergo programmed cell death,” she says, and be eliminated from the body. This is the mechanism used in popular laser and radio-frequency lipolysis weight-loss treatments. But just because the fat cells are gone doesn’t mean the weight won’t come back. Remaining fat cells can expand and new fat cells can appear after heating or cooling treatments, so they are not a substitute for healthy diet and exercise.

Colour isn’t the only telltale marker of how harmful fat might be. For instance, excess fat stored in the abdomen or around inner organs such as the liver and gut “releases inflammatory chemicals and other molecules that can increase the risk of heart disease, liver disease, diabetes and other health conditions,” notes Kahan. In contrast, fat that is stored in your arms, legs or hips doesn’t typically do much harm.

Fat has also been linked to brain health. According to a study in Neurology, people with higher body mass indices (BMI) and waist-to-hip ratios had less grey matter—the material in the brain that helps process new ­information— ­compared with their leaner counterparts. But the study’s authors can’t say whether body fat is the cause of these differences in the brain or a result of them.