When One Good Deed Begets Another

Some positive stories that came our way this November 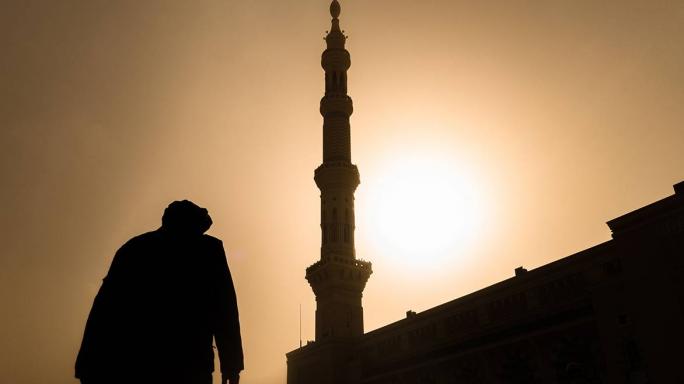 They say one good deed begets another. It certainly seems true in Uttar Pradesh (UP) where, despite communal tensions and bloodshed in recent years, some acts of kindness have spread harmony and neighbourly love among the troubled state’s diverse inhabitants.

During the 2013 riots in Muzaffarnagar, when arsonists attempted to demolish a 120-year-old mosque, Ramveer Kashyap, a Hindu mason, stood firm against them and even garnered the support of the villagers to protect the structure. Five years on, the 59-year-old still takes care of the mosque in the Hindu-dominated Nanheda village. Despite declining footfall, he keeps the building clean and lights candles every day, even having it whitewashed before every Ramzan. Kashyap’s efforts have drawn admiration from many---the village pradhan and devotees included.

Meanwhile, in the Muslim-dominated Ladhewala area in UP, locals have been reciprocating in kind. For 26 years, the Muslim community has tended to a Hindu temple, long after the families who frequented it left the area in the aftermath of the Babri Masjid demolition. Even though there’s no shrine in the temple, the residents clean and maintain the temple and protect it from squatters and vandals. They also want their Hindu neighbours to return to the area.

Ever heard of an entire tribe giving up an ancient tradition to protect wildlife? The Angami tribe in Nagaland have done just that! A major ethnic group in north-east India, the Angamis were originally a warrior clan, but today their primary source of sustenance is agriculture and animal husbandry. They would practise hunting as an age-old cultural tradition for rituals, food, sport as well as for sale. But all that changed in 1993 when reports revealed that more than 300 grey-bellied Tragopans (an indigenous pheasant and a popular, endangered game bird) were killed for their meat. This triggered a conservation campaign to protect the species.

Spurred by a desire to protect Tragopans and other species, the Angami slowly gave up their hunting practice and set up a 20 sq km hunting-free area, which became the Khonoma Nature Conservation and Tragopan Sanctuary in 1998. Over the years, a local village council also banned logging, burning jungles and any commercial activity that exploits natural resources and the surrounding forests. Here’s hoping such eco-sensitive efforts become more the norm!

Presence of mind and out-of-the-box thinking allowed two Air India pilots, en route to New York from Delhi, to avert disaster and save the lives of 370 people on board an Air India Boeing 777-300 aircraft. Senior commander Rustom Palia and second-in-command Sushant Singh faced a pilot’s worst nightmare---“No auto-land, no wind-shear systems, [no] auto-speed brake and the auxillary power unit is unserviceable as well,” Palia reported to New York’s Air Traffic Control. So the duo tried a different approach---a manual, “non-precision landing”---a manoeuvre totally outside their training. With low fuel levels and catastrophic system failures, the pilots managed to touch down at Newark airport, New Jersey, after 38 nail-biting minutes with zero casualties.