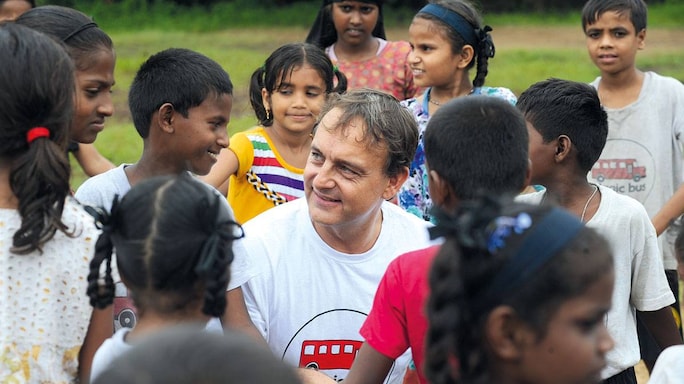 For 29-year-old Matthew Spacie, it seemed like the most natural thing in the world to invite a curious group of boys, watching him play rugby at the Bombay Gymkhana, over for a game. Spacie, then the chief operating officer of Cox and Kings, persuaded the reluctant staff of the elite establishment to let the underprivileged children play.

For the kids, it was a welcome break, and these games soon became a regular activity. They learnt not only about rugby but also about life, teamwork, fairness and decision-making. The more they learnt, the more they became motivated to attend school. That a simple game was able to wash away the struggles of their everyday lives was startling. Spacie’s interactions with the children drove home a grim reality—millions of such children were trapped in a cycle of poverty. The way forward seemed clear—finishing school and finding gainful employment. Two years later, in February 1999, he began efforts to address the issue by founding the NGO Magic Bus—in remembrance of the weekend bus trips on which Spacie would take the kids for rugby games.

The problem, however, proved somewhat complex. “We realized that you couldn’t just take an 18 year old from living in slums or on pavements, and put them in a work environment without the vital ingredients required to develop them,” Spacie says. So they targeted younger children, around 12 years old, who were most likely to drop out of school, and nurtured them through a long-term programme until age 18. According to global CEO, Jayant Rastogi, “It only works through continued intervention. One has to work for a longer period and start early to arrest the problems that derail the goal of employability. We decided to work towards a three-pronged outcome: The children must complete their secondary education, avoid early marriage and develop the skills and mindsets to get, and hold down, a well-paying job.”

Magic Bus accomplishes this through face-to-face interactive sessions in schools and communities led by community youth leaders. Lessons, such as problem-solving, teamwork and self-management, importance of education, basic rights, hygiene and sexual health, are delivered through a sports- and activity-based curriculum. Magic-Bus personnel also work with parents, school administrators, the police and other partners to resolve factors that cause dropouts: poor-quality or absent teachers, lack of toilets or other school infrastructure, etc.

Spacie’s rugby-training sessions proved that the gameplay formula was really working. “You can go to the poorest village in the country with a football, and if you throw it in the air, every child will gravitate towards it. It gets you a captive audience who are engaged, in a place they want to be in,” he says. Sessions are, therefore, delivered through a game of football or any team sport. Says chief of programme operations, Dhanashri Brahme, “Sports is itself a kind of equalizer; the action plays out on the ground, which makes all the difference in what and how they learn, in doing so as a collective and in balancing equations between genders.” 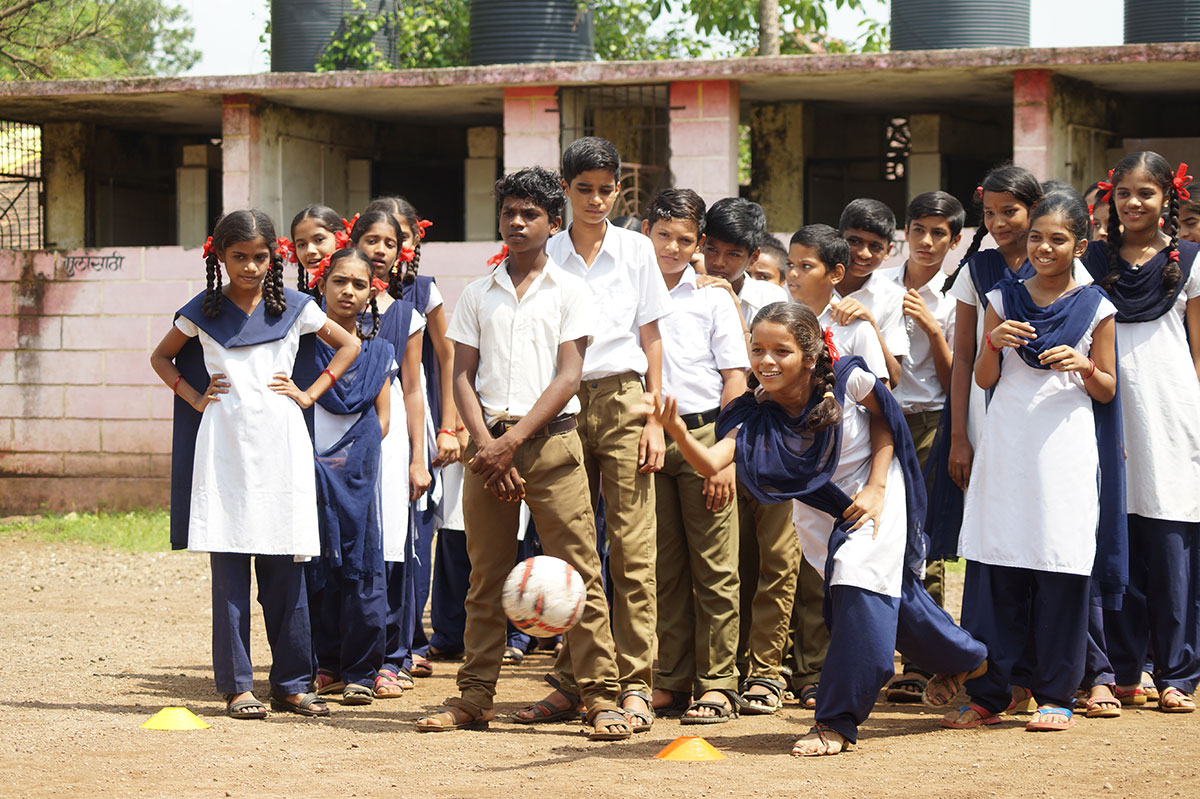 Next, graduating students are primed for professional life in ‘livelihood centres’—and even placed in jobs—where they learn about meeting employer demands, using computers, speaking English and even how to nail an interview. “We have close to 50 livelihood centres nationwide. The idea is to ensure they put their best foot forward to secure jobs, which earn them at least Rs 10,000 to Rs 15,000 monthly,” Brahme says. So far, the programme has trained around 30,000 young people of which 70 per cent have secured organized-sector employment.

However, the success of these programmes also relies greatly on the removal of deep-rooted social barriers—early marriage, denying girls independence and taking children out of school to work, absentee parents, abandonment and migration. These are addressed via community outreach and direct engagement with parents, gram panchayats, government officers, police as well as other influencers to build a supportive environment in which a child can learn and grow freely.

With more than 200 million Indians living in poverty, Magic Bus also factored in the need to operate at scale. To do that they offered young adults, who benefited from the programmes, a chance to help others in their community. Today, around 5,500 community youth leaders conduct on-ground activities. Twenty three-year-old Chetna Prakash Burde from the Bhandara district of Maharashtra is one such member. “It was a Magic Bus youth mentor visiting my village who inspired me to join,” she says. “It took a lot of convincing to change my parents’ minds. They did not approve of me going out, but I dreamt of being independent and helping children in my village. My mentor persuaded them that this would be a great opportunity.” Chetna has since completed her Master’s in social work and is responsible for 350 children across eight villages. Says Rastogi, “The fact that youth leaders are from the same community goes a long way in changing minds and persuading people that one of their own can, in fact, become successful and drive change.”

Celebrating 20 years in 2019, today Magic Bus is one of India’s largest poverty-alleviation programmes, and impacts over a million children and young people across 22 states. Their efforts have even expanded to 40 communities in Nepal, Bangladesh and Myanmar as well.

“We succeed because children love to play, and because we put an adult in their lives who can show a different world to them,” says now 52-year-old Spacie, who became a Member of the British Empire (MBE) in 2007 for his social work. Adds Rastogi, “In India, we face complex problems, but our DNA is to be forward-looking, risk-taking and innovative. We hope to hit many more milestones in the years to come.”