The Night I Nearly Killed My Patient 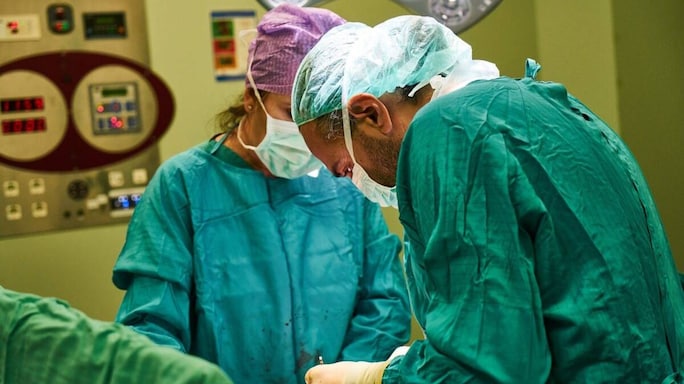 Many years ago, I was a junior resident in the obstetrics and gynaecology department at a very busy public hospital in Mumbai. As it is one of the most renowned teaching hospitals in the country, many patients with serious and complicated illnesses were referred to us for emergency management and complicated cases which meant conducting over 7,000 deliveries every year. As junior residents, work was never-ending and we were perpetually sleep-deprived. Of course, sleep deprivation was a part of a resident’s life as our seniors strongly believed that we had to be trained in keeping midnight vigils—a traditional occupational hazard for obstetricians.

Like most Indian medical institutes, the teaching programme was fairly unstructured, and we followed the traditional ‘see one, do one, teach one’ approach. During night hours, the unit was managed by the senior registrar and the two of us, along with a senior house surgeon, were responsible for overseeing all obstetric patients who were admitted from 4 p.m. until 8 a.m. the next day.

I would often be on duty for three or more continuous nights as numerous critical patients would be admitted under our care. As the junior-most doctor on the team, I was responsible for all the drudge work and monitoring the patients. On one such night, a 28-year-old woman, pregnant with her first baby, was referred to us from a private hospital. She was in advanced labour and had severe pre-eclampsia. Pre-eclampsia is a potentially dangerous pregnancy-related complication, which is characterized by high blood pressure, discharge of protein in the urine and severe swelling over of the feet.

The registrar and the senior house surgeon did an emergency caesarean section. Once the baby was safely delivered and the patient stabilized, they went to bed, leaving me to monitor her in the ward with the instructions that I was supposed to give her enough intravenous (IV) fluids to ensure that her blood pressure was maintained.

The patient was tired and drowsy after her surgery, and so was I. Throughout the night, I would meticulously check her vital signs, and every time her blood pressure was low, I would pump in IV fluids, to keep the blood pressure (BP) within the normal range. Unfortunately, her pressure kept dropping and according to the instructions that I had been given, I ordered the nurse on duty to pour in large quantities of IV fluids to maintain her BP level. I was so focused on making sure her pressure level was normal, that I failed to realize that I was making a cardinal mistake. All the extra fluid we were pumping into her was getting trapped in her subcutaneous tissues, causing her to develop systemic swelling.

I was following the orders at a spinal level and was not experienced enough to be aware of the risks of overloading a pre-eclampsia patient with so much fluid. In the morning, the senior houseman came to check the patient and was aghast to find that in my attempt to keep her BP in the normal range, she had received over 12 litres of IV fluids—in less than six hours.

Her entire body had become grotesquely swollen because of the fluid overload, and she was having immense difficulty in breathing. Due to the severe swelling in her throat, it was impossible to intubate her and we had to perform an emergency tracheostomy (a procedure conducted to allow air to enter the lungs) and transfer her to the intensive cardiac care unit (ICCU). She was put on a ventilator to aid her breathing. She had a stormy course but, finally, recovered and was discharged in a couple of weeks. I still have nightmares when I think about her. It was only later that I found out that patients with pre-eclampsia and pregnancy-induced hypertension are known to have leaky blood vessels. Because of this, all the fluid that I was giving her was leaving her blood vessels and getting trapped in her tissues.

I was mercilessly and publicly berated for my incompetence by the senior house surgeon, registrar and professors. The punishment for my indiscretion was being forced to monitor patients every night for the remaining three months of my residency. At that time, I felt guilty and accepted that I deserved the punishment meted out to me and accepted it quietly. I kicked myself many times for not knowing more about how to manage a patient with severe pregnancy-induced hypertension and was extremely grateful to God that the patient had survived despite my ignorance.

Residency can be cruel and, for a long time, I was ostracized by my colleagues and treated like a pariah for having nearly caused a patient’s death since this would have been a blot on the hospital’s reputation. There was no one I could talk to about what had happened and why, and I had to bottle up my mixed emotions—of fear, guilt, shame, anger, embarrassment and humiliation—through the remainder of my residency.

At that time, I needed emotional support and professional reaffirmation from my seniors and teachers. I needed to be told that, regardless of my mistake, I could be a good doctor. But I was abandoned and left to fend for myself. The moment my residency was over, I moved to another hospital, to try to erase these unhappy memories.

Most doctors have had similar experiences, where they have unknowingly made a mistake that may have caused harm to their patient. A lot could have been done to protect this patient at many different levels, and this is what we need to focus on. The reason for the error was not just my ignorance; it was also the fact that what I was doing was not supervised and there was a lack of proper infrastructure. Things would never have come to this if there were protocols for the management of pregnancy-induced hypertension in the hospital.

The patients who would come to us were severely ill and should have ideally been in an intensive care unit (ICU), where an experienced clinician would provide 24-hour supervision. The woman should never have been left on a bed in the ward, under the care of an inexperienced house surgeon like me, no matter how well-meaning or sincere I may have been.

Unfortunately, most teaching hospitals are run by junior, inexperienced and unsupervised residents and this is one of medicine’s dirty dark secrets. A secret that doctors never discuss in public. I was never given an opportunity to discuss this case, and the other residents were not given a chance to learn from my mistakes either. Even worse, no changes were made to prevent this episode from recurring.

The harsh truth is that all doctors make mistakes, and this is a part of their learning process to become a doctor. Medical errors will continue to happen until we bring them out in the open, talk about them and learn from them. However, most doctors often suffer from a ‘God complex’ and making an error is extremely shameful for them. This shame is sometimes so powerful that most doctors never come forward to talk about any error that they have made. It is impossible for us to admit to a mistake.

We tend to pick the best of the best as medical students, knowing that the medical system is not for the faint-hearted. There is no place for a ‘good enough’ doctor—you must be excellent, which means there is absolutely no margin for error. Being perfect is not easy and, sadly, sometimes it may mean hiding your errors from the fraternity to maintain your flawless image in their eyes.

Doctors are not alone in harbouring these expectations of perfection from themselves. Patients too envisage their doctors to be perfect. As doctors, we are trained to take charge—to be the captain of the ship. And we must take personal responsibility for everything that happens to a patient in our care, whether or not it was our fault. We are responsible, and the buck stops with us.

When a complication occurs, the first feeling that envelops us is one of sadness that someone is suffering. Then emerges a feeling of shame that we may have actually caused that suffering, followed by the fear that somehow this will lead to us being ostracised, sued and humiliated publicly. Next comes the anger, because you feel lonely and wonder why the system is not supporting you in this really difficult time. A combination of all these emotions eventually leads to panic.

It’s important to remember that medicine is an ambiguous science and as doctors, our knowledge and experience is never enough. We face uncertainties every day and, at times, despite our best intentions, errors may happen. Patients are undoubtedly the victims of these unforeseen ‘errors’ but after an error, we also need to take care of the doctors and nurses involved. They, too, as my experience has shown, can be the ‘victims’ of these unexpected and unanticipated medical errors.

Any doctor will tell you that a precise diagnosis is the first step to resolution for a patient but what they won’t admit is how important a supportive and nourishing environment is for a doctor to work well. While doctors must adhere to their duty of caring for patients, we mustn’t forget that doctors, no matter how skilled or competent, need care too.

Dr Aniruddha Malpani is an IVF specialist. He founded the world’s largest free patient education library, HELP at healthlibrary.com, and has authored numerous books. He pioneered the use of innovative technology to educate infertile couples using cartoon films, comic books and e-learning. An active angel investor, Dr Malpani invests across all domains and admires entrepreneurs because they have the potential to change the world.

Excerpted with permission from Dear People, with Love and Care, Your Doctors: Heartfelt Stories about Doctor–Patient Relationship, by Dr Debraj Shome and Dr Aparna Govil Bhasker, published by Bloomsbury India.