The Man With A Heart Of Gold Rahul, at age 11, was obsessed with cricket. He observed the game in fascination, whenever his friends, in the working-class neighbourhood of Gujarat’s Nadiad, played. On one such day, he had moved too close to the stumps. Jignesh*, the batsman, barely a year older than Rahul, swung his bat hard, gathering up all his might. The next moment, a dull thud echoed through the grounds—Rahul had collapsed in a heap. The boy was hit severely on the head by accident and was bleeding profusely. The children in the field, dazed and confused, rushed him to the local hospital, where the doctor on duty suggested he be shifted to the Ahmedabad Civil Hospital, some 50 kilometres away. Unfortunately, the emergency journey could not be possible—Rahul died within an hour of the incident due to trauma and excessive bleeding.

The news came as a crushing blow for Rahul’s uncle Dinesh Talapada (32), who has been my driver for the past decade. Dinesh, unfortunately, was not in town at the time of the incident—who knows if Rahul could have been saved if his beloved uncle was able to get him the emergency treatment he needed? Dinesh rushed home that very evening, but it was too late. He was disconsolate, when he found Rahul was gone, forever. Dinesh was very attached to the boy ever since he brought Rahul home to raise him, after the boy’s father, Arjun, passed away. “As if losing my cousin wasn’t enough! It’s Rahul, now,” Dinesh sobbed in grief.

Losing a dear cousin and an adopted son within four years of each other seemed to have driven Dinesh into the dark hole of despair—or so we had thought. This simple, austere man with no addictions other than tea, displayed another remarkable side to him: his utter resilience and extraordinary conviction in the face of overwhelming tragedy. One day, these troubles will be over, he believed. I watched in admiration, as Dinesh’s faith in this simple mantra and God remained steadfast.

Even though the police were investigating the case and were willing to act against young Jignesh and his family, Dinesh had made up his mind that he would not press charges. “I do not wish to harm anybody, neither do I want to commit a wrongful deed. Jignesh is just a boy and had not hit Rahul intentionally. Besides, filing a complaint would not bring my Rahul back now, will it?” Dinesh insisted. For the police, the matter ended with Dinesh’s firm refusal.

Jignesh’s father was naturally relieved. He thanked Dinesh profusely for sparing them the trouble with the police and offered him ₹50,000 out of gratitude. The good-natured Dinesh, unsure of what to do, came to me for advice the very next day.

“Should I take the money, sir? What then? My nephew will still be gone.”

“Why refuse?” I replied. “If you do not want to keep the money, you could give it to some organization or the other. There are a few institutions that are doing good charitable work in our town.” 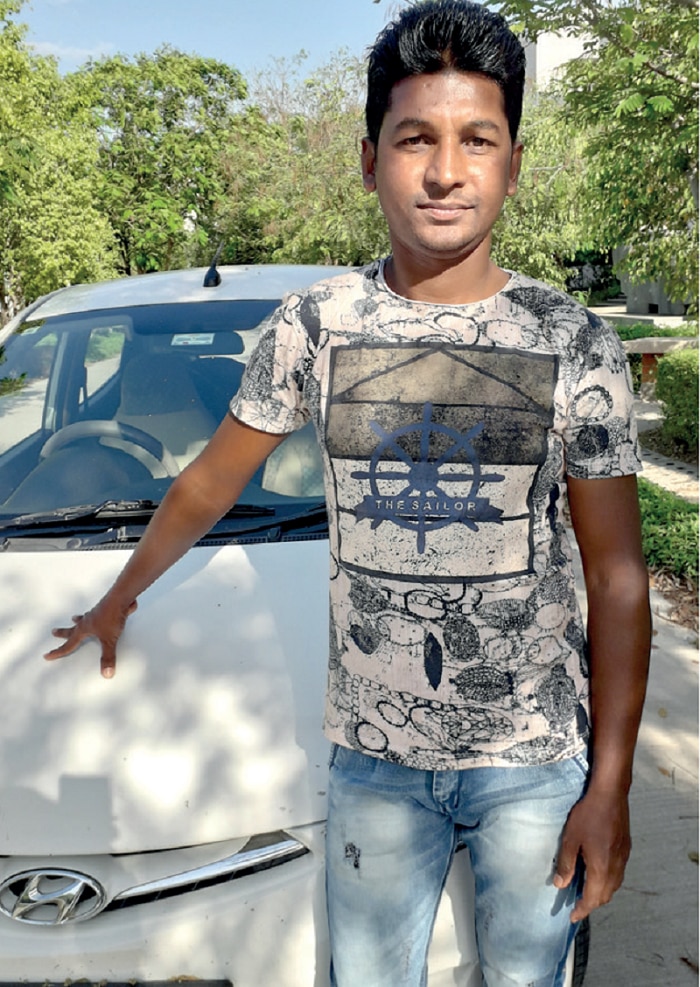 The idea seemed to strike a chord in Dinesh, albeit in a slightly different way than I had imagined. A few days later, he came back and said, “Sir,there is a poor family in my neighbourhood—two girls and their widowed mother. The girls are frequently harassed by scoundrels in the basti. I have tried to reason with the boys, but they threatened me instead. Their mother is keen to marry off both girls—in fact, the elder one can be married immediately, as they have found a boy. Once she is settled with her in-laws, this problem can be resolved. Her mother has saved up some money for her wedding, and if I top it up with ₹50,000, the marriage can take place smoothly. What do you think?”

What could I say? I was blown away by Dinesh’s magnanimity. He was a man of modest means and had to work really hard to support his family. Tohave even thought of giving away such a large sum of money to another family, seemed beyond extraordinary. I simply asked him to seek the girls’ mother’s consent before offering her the money. She assented, on the condition that Dinesh would have to ‘give away’ the girl at the kanyadaan ceremony. Dinesh went a step ahead—finding a suitable groom for the younger girl, he was able to organize the wedding of both young ladies on the same day. He took charge of everything—from fixing the date to deciding on the priest, to choosing the venue and making catering arrangements, even spending an additional ₹7,000 in the process. Both the girls lead peaceful, contented lives today.

Four years have passed since then. Dinesh lives with his elderly, infirm parents and two married sisters. Another of his brothers, who lived with them, passed away last year. Most privileged people are unable to grasp how even a few thousand rupees can make a big difference in the lives of people like Dinesh. And yet, he was able to give away a large sum of money to a family he did not know, out of sheer generosity, benevolence and compassion. Such acts require a special kind of courage and conviction and a large heart—one that flickers and shines like a lamp through the darkness that surrounds us quite often.

*name has been changed.

Do You Like This Story?
23
3
Other Stories
Please enter valid text
Must Reads
Latest Issue